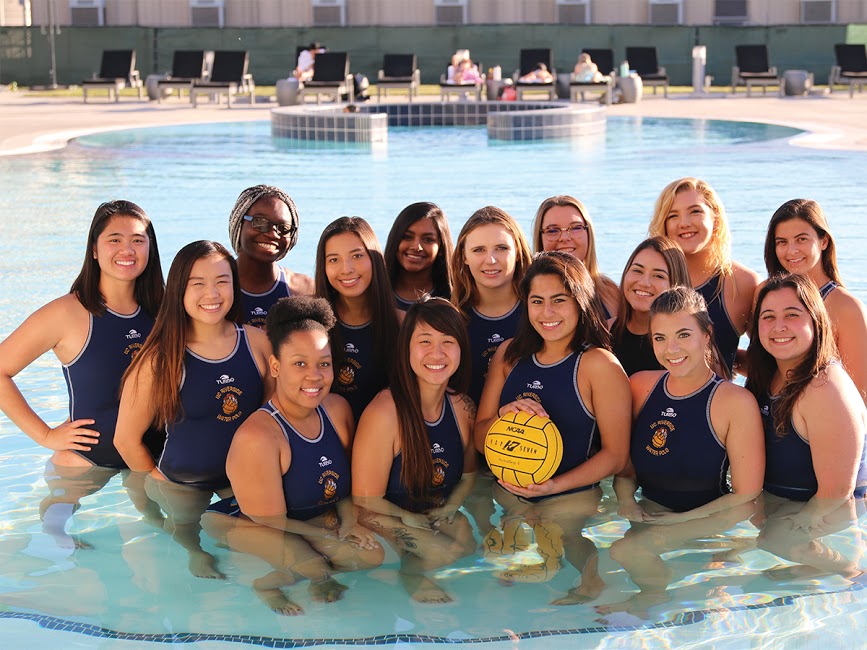 The UC Riverside Women’s Club Water Polo team is heading into its second year as an established team, and was founded by fourth-year math major Bri Chew. Chew started the club in her sophomore year by getting a small number of girls to come out, while also coordinating games with other schools who already had an official club team.

The club currently has 18 committed members and now practices at the Riverside Aquatics Complex at Riverside City College. They practice weekly on Tuesday and Thursday nights from 7:30 p.m. to 9 p.m., while also holding unofficial meetups to swim or for weight training.

I was able to meet up with some of the players on Wednesday, Feb. 7 to talk about the club’s progression over the years, as well as what’s to come.

Second-year global studies major, Emmannuelle Aruta, is the social chair for the club team and heavily lauded Chew’s efforts in putting the team together: “She works really hard to make this team what it is, from financial stuff, to organizing tournaments and little scrimmages with random teams, Bri has really done everything.“

And just like other club teams on campus, having prior experience isn’t required to join. “We actually have two girls right now that didn’t play prior to coming here, and they’re doing really well, they’ve improved rapidly,” Aruta stated.

Palm Springs native Ellie Trinidad, a second-year business major and the club’s vice president, joined the club last year and spoke on what made her interested in it. “I joined because I played polo all throughout high school and didn’t want to end it,” Trinidad said, “I really enjoy playing it and so does the rest of the team. I think we’re solely built on the will power and passion for the sport.”

Trinidad also mentioned just how much the club has grown since its inception, saying, “We’ve been able to really progress over the years, especially considering that it was just a few girls initially. Now practices are at a much bigger pool in RCC and next year we’re looking to get an official paid head coach.”

She also emphasized how much it would mean to her and the rest of the team if UC Riverside were to eventually get an NCAA team for water polo, saying, “That’d be amazing. If that were to happen, we’d feel like we were able to help build that foundation. Other UCs have an official water polo team, we just didn’t get the funding for it.”

Chelsie Hernandez, a first-year global studies major, detailed what it’s like to play for the club for the first time, saying that, “It’s a nice distraction (from school), it’s also genuinely just a lot of fun playing out there, it feels like we’re actually family.”

Liz Osi, a fourth-year liberal studies major, is in her second year with the club, and also spoke on the club’s development, “Before, we had to practice with the boy’s team, and once we started getting more girls to come out we’ve been able to practice on our own and even brought out one of the players on the boy’s team to be like a volunteer coach.”

UCR’s women’s club water polo team have already played three scrimmages prior to the beginning of the season and will just be just coming off a tournament at USC on Saturday, Feb. 10 where they played against other club teams from Cal Poly San Luis Obispo, UCSB and UCLA.

The club looks to continue making a name for itself not only here on campus, but among it’s competing schools as well.