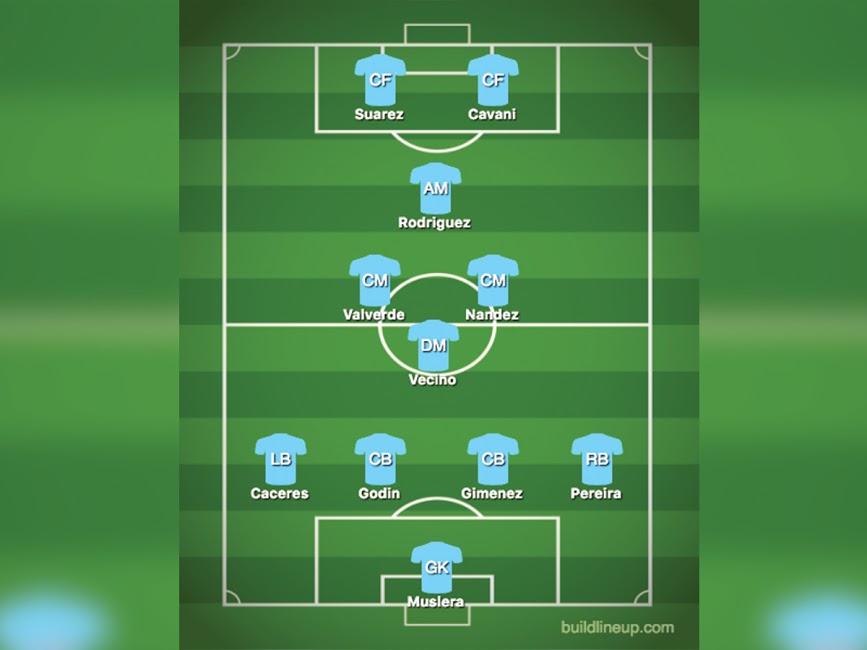 The 31-year-old striker has played for FC Barcelona in Spain’s La Liga since 2014. Suarez stands as one of the best strikers in the world, both for club (where he combines with Lionel Messi to form a deadly strike partnership) and country (49 goals in 95 appearances). Despite a colorful disciplinary history, Suarez is sure to make an impact when he pulls on the sky blue shirt this summer.

The 23-year-old center back lines up for Atletico Madrid in Spain’s La Liga since 2013. Standing a staggering six-foot-one, Gimenez represents a new generation of young Uruguayan stars looking to make their mark on the world stage. Gimenez will try to build on his three previous World Cup matches in the 2014 tournament (37 total appearances, four goals) and usher in the next stage in Uruguay’s solid defensive line.