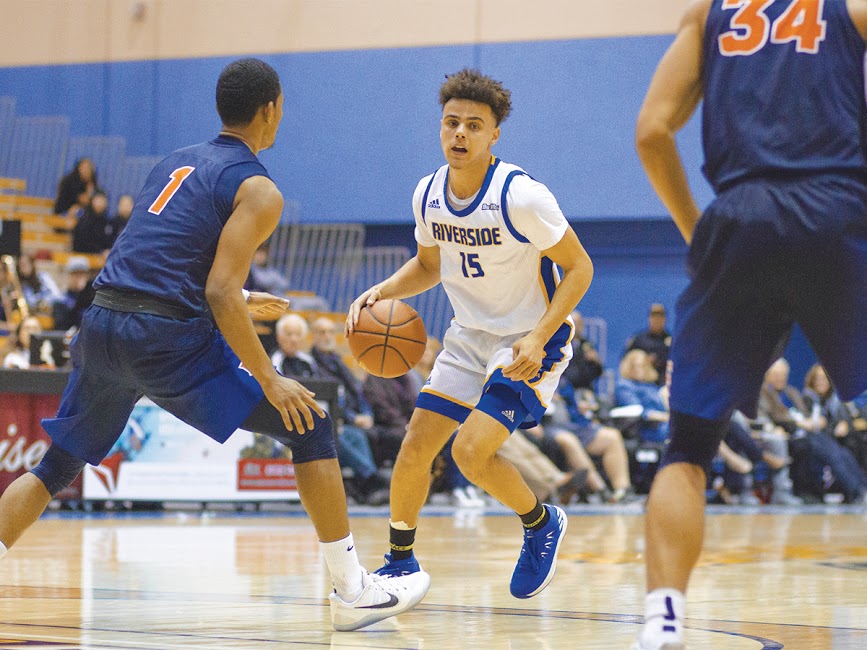 UC Riverside’s men’s basketball team (8-20, 3-11) faced off against fourth place Cal State Fullerton (15-10, 8-5) on Wednesday, Feb. 21. The Highlanders stumbled right out of the gates on both ends of the floor allowing the Titans to shoot 60 percent from the field while only shooting 37 percent themselves. Fullerton’s junior guard Kyle Allman was clearly the best player on the court for either team during the first 20 minutes, using his superior athleticism to score a game-high 13 points and lead his team to a 33-27 lead going into halftime.

UCR came out of the break with a renewed intensity that allowed them to get back into the game. The main difference for Riverside in the first and second halves was their frenetic defense. The Highlander players were a lot more active on defense, and even if they didn’t force a turnover they were forcing Fullerton to take difficult shots which led to the Titans shooting 33 percent in the second half. Two three-pointers from junior center Menno Dijkstra started a 12-1 run that gave Riverside a 44-38 lead with 11 minutes to play. The Highlanders would not go on to lose the lead in the remaining 11 minutes despite Fullerton staying close throughout. Sophomore guard Dikembe Martin, who started for the first time since Jan. 11, led the way in scoring for the Highlanders with 19 points on 60 percent shooting from the field.

The Highlanders traveled to Davis (19-9, 10-4) to take on the Aggies on Saturday, Feb. 24 where they lost in heartbreaking fashion. Riverside once again started poorly, shooting only 33 percent in the first half before improving dramatically in the second half. UCR shot 50 percent in the final 20 minutes and took a two point lead off of a Dijkstra three pointer with only seven seconds remaining. However, the Aggies had an answer in the final seconds thanks to TJ Shorts II who drove into the lane for a dagger layup with one second left on the clock to earn the victory.

Senior Chance Murray led his team back into the game in the second half, scoring 14 of his game-high 24 points in the final 20 minutes. Murray also had six rebounds, two steals and one block. The Highlanders had two other scorers in double figures, redshirt sophomore guard DJ Sylvester and Dijkstra who had 10 apiece.

The Highlanders next game will be on Senior Night, Thursday, March 1 against Cal Poly (9-19, 4-10) at the SRC Arena. UCR lost their earlier matchup against Poly this season in a 71-68 nailbiter.