Highlander
Home Features Car Reviews The Fast Lane: The Tesla Model 3 is the car of tomorrow 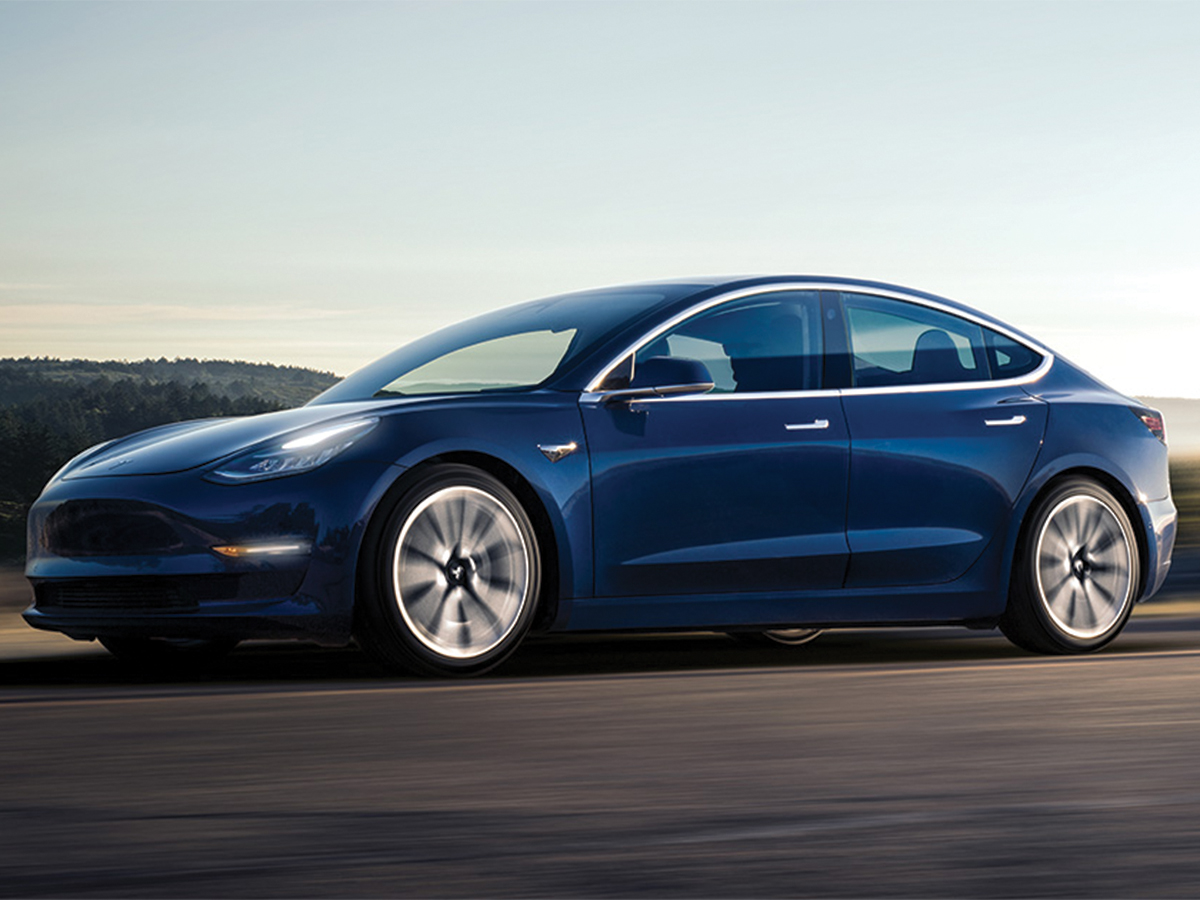 12 years ago, Tesla co-founder Elon Musk highlighted his master plan for the company’s success. It went as follows: Create a low volume car, which would necessarily be expensive (the Tesla Roadster), use that money to develop a medium volume car at a lower price (the Tesla Model S and Tesla Model X), then use that money to create an affordable, high volume car (the Tesla Model 3). In April 2016, Tesla showed the world their car for the masses, the $35,000 all-electric Model 3, and over 400,000 people worldwide subsequently placed $1,000 deposits on a reservation spot for a car that wouldn’t be delivered to them for at least 19 months. With Tesla’s history of production delays, that time frame was viewed as optimistic at best. But here we are, 19 months later and customers are finally taking home these cars.

A $35,000 Model 3 doesn’t get you much. Want any color that isn’t black? That’ll cost you $1,000. The $5,000 premium package will give you all the essentials you’d want in a premium car like 12-way power and heated seats, wood trim and upgraded interior materials, a premium sound system, a pair of rear USB ports, power-folding and auto-dimming side mirrors, power-adjust steering column, tinted panoramic roof and auto-dimming, LED fog lights and a center console with two phone docks. Looks like Tesla pulled a page from BMW’s book on the art of nickel and diming. If you want Tesla’s famous Autopilot, a system that allows the car to drive itself on the highway, interchange between highways and park, it’ll set you back another $5,000. And if you’re already paying for Autopilot, you might as well add the $3,000 fully autonomous package which will allow your Model 3 to completely drive itself when the software is available in the future. The $35,000 model comes with a standard battery capable of going 215 miles on a charge. A larger battery with 310 miles of range is available at $44,000. That brings the total for a fully loaded Model 3 to just south of $60,000, which seems like quite a gap from the starting $35,000, but when you look at it from a value perspective, it’s a damn good deal.

The Model 3 is a handsome looking car. It isn’t as good looking as its sibling the Model S but it has a distinctive look to it. While other automakers such as Lexus and Audi keep expanding their grills to encompass the entire front ends of their cars, the Model 3 does away with a grill altogether, leaving just a silhouette in the sheetmetal of where the grille would be.

The Model 3 is so different from nearly every car you’ve ever driven. Instead of a traditional key or fob, Tesla gives you an RFID-enabled credit card-sized key for the Model 3, but chances are most owners will just use the smartphone enabled Tesla app to lock and unlock the Model 3 via bluetooth. That’s right, you can just walk up the Model 3 and get in once the car detects your paired smartphone. Once you’re inside you’ll find no start button anywhere, either place the key card on its designated pad or if you have the Tesla app on your phone, you can just put the car in drive and go.

A start-stop button isn’t the only button absent from the Model 3 interior; there are virtually no physical buttons in the entire interior. Many of the car’s functions are controlled through a horizontally mounted 15-inch touch screen display. The only physical controls that remain are turn signals, wiper controls, window switches, the horn, multifunctional sliders on the steering wheel and the overhead mounted hazard lights switch. The boldest interior design element, however, is the absence of a traditional gauge cluster. Speed and range are instead displayed on the left side of the center-mounted 15-inch display. You won’t even find traditional air vents on the dash like you would on any other car, instead they’ve fitted one long vent that spans the length of the entire dashboard that is controlled through the touch screen display.

I usually find myself cramped in cars this size but the Model 3’s simple interior design creates an exceptionally roomy cockpit. The space in the back was generous as well: It’s possible to sit a six-footer behind a six-footer rather comfortably, which is rare in this class. The low mounted seat meant there was ample headroom but I can see it being uncomfortable on longer drives.

The Model 3 is very quick. Tesla says the short-range model will do zero to 60 in 5.6 seconds and the long-range in 5.1 seconds although several owners have beaten these times by up to half a second. The instant torque makes it feel faster than it really is but in all reality, you’re looking at the wrong Tesla if speed is all you care about. The dynamic highlight of the Model 3 is its excellent handling thanks to its low center of gravity. The Model 3 has an excellent weighted steering feel in Sport mode and while its not as fun as the BMW 3 series, it’s a lot more fun than a Model S or most comparable electric cars.

While some of its competitors may be quicker or handle better, the Model 3 does have one trick up its sleeve: Tesla’s Autopilot semi-autonomous self-driving system. A lot of new cars today come equipped with radar cruise control, a system that keeps a fixed distance between you and the car in front of you and slows down by itself if need be, and other driver aids like lane-keep assist. Tesla’s Autopilot system will not only keep a safe distance between you and the car in front but it will also keep you in your lane, change lanes, take an exit or change between freeways and even park itself. The Model 3 even comes equipped with the hardware for full self-driving capabilities for when it’s available, which Tesla says will be soon. But until then, this is the closest thing to a self-driving car on sale today.

The Model 3 isn’t the first affordable long range electric car to hit the streets. Last year Chevrolet debuted their answer to the Model 3 in the $37,495 Bolt hatchback, an all-electric hatchback with 238 miles of range per charge. I had the pleasure of reviewing a Chevrolet Bolt last year and found it disappointing for the most part. The main downfall of the Bolt is its identity. It’s a built like a $15,000 hatchback and no impressive powertrain can hide that — nothing justifies the $37,495 price tag.

General Motors (GM) has several more manufacturing resources available at their disposal, so quality control and production numbers are no issue for GM. Tesla, on the other hand, is a relatively new and small car company. The Model 3 is the third vehicle in their current lineup and with the insane demand, it’s been tough for Tesla to meet production goals. Cars just began being delivered to customers in December and some customers have already complained about poor build quality and it has been rumored that some components of the cars are being handbuilt because the production line is incomplete. The Model 3 has been under a microscope by the media as a result and Tesla has been close-fisted when it comes to lending cars to the media to review.

For an as-tested price of $59,000, the Model 3 may be priced steep but it’s a bargain. The vehicle I used for this review was a customer’s personal car and apart from a few exterior panels that didn’t line up right, the car seemed relatively well put together. The overall fit and finish is not near the level of a comparable Audi or Mercedes-Benz but that’s just the price to pay. The story is the same for the car as a whole. It may not be as comfortable or well built or as fun to drive as the competition but it’s damn near close and for something that’s so representative of the future, it’s enough to justify its superiority. The Model 3 is avant-garde, it’s an automotive breakthrough and only points to bigger and better things.