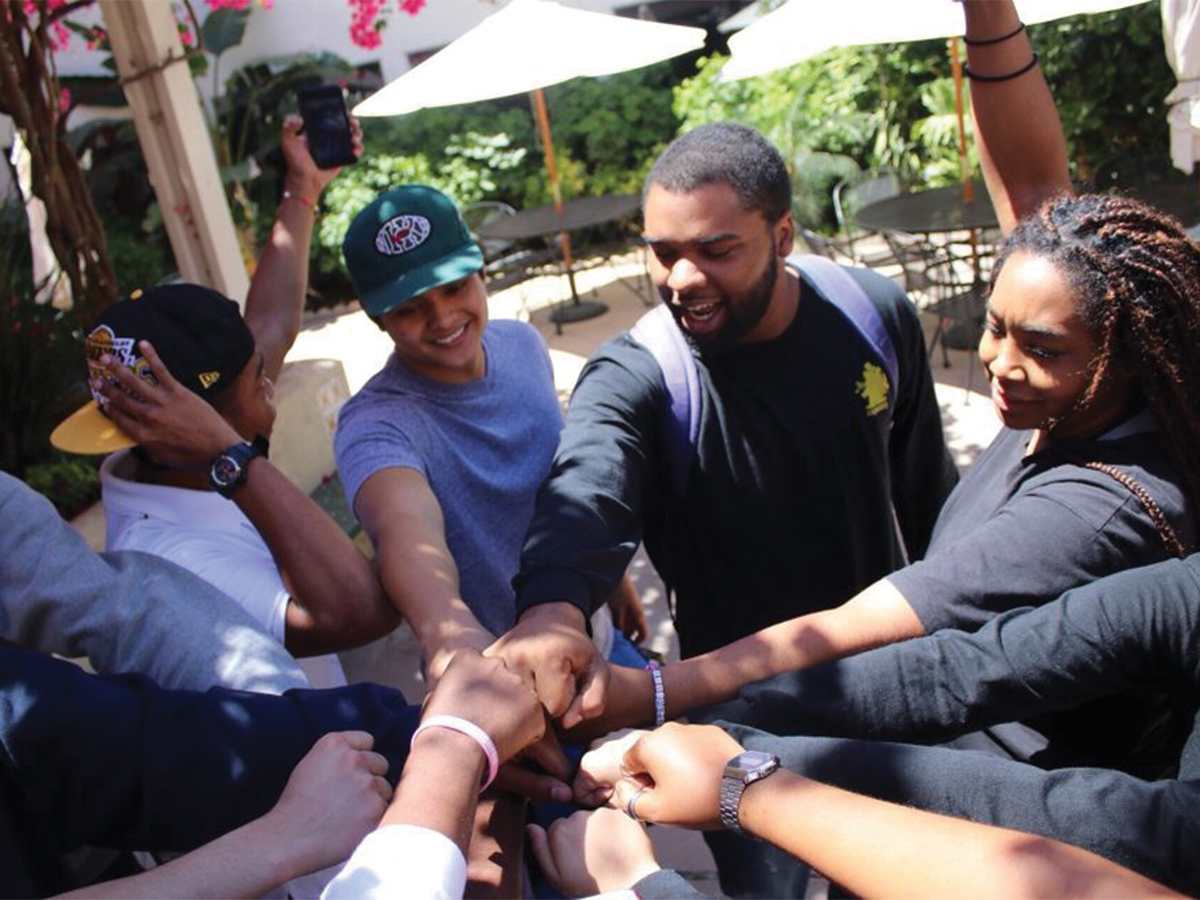 One of UCR’s strongest features is the hundreds of organizations on campus. It gives students an opportunity to explore what they like and get them more involved with the school. However, the bad side of having many organizations is that sometimes, certain clubs are overlooked and don’t get the recognition they deserve. The Legends Community Service Group is only one example. They not only do service acts for the school, but for the whole Riverside community as well.

Legends Community Service Group began five years ago by a student named Andre Walker. “The mission of starting the group was to be a light on campus,” says Dywain Bowden, fourth-year Business major and current president of the organization. Bowden shares that Walker’s motivation to start the club came from hearing students complaining about the UCR campus, saying it was boring compared to other campuses. Legends hoped to bring a solution.

Legends didn’t begin as a community service group — it was very much a social club where Walker and a few of his friends would throw parties, until one day, when they decided they wanted to be more impactful and make a statement on campus. Legends then established themselves as a community service group through ASUCR and began organizing street clean-ups and adopted a street on Canyon Crest.

Still, the social element of the club remains at the root of Legends’ essence and is what attracted Bowden initially. Bowden first heard about Legends as a freshman through the intramural basketball program at UCR, which Walker introduced him to. The members of the Legends basketball team then began talking to Bowden about the club’s service efforts, but, at the time, Bowden was still focused on the basketball and the social aspect. It wasn’t until after his second year of college where he became more involved.

Around that time, Bowden says he experienced a “big awakening” where he began studying the bible. “I realized my life was nothing like what the bible says your life should look like,” he shares. Now as president, Bowden emphasizes the importance of helping the youth in the community and keeping a positive and friendly atmosphere for the Legends members.

Legends’ regular efforts include a tutoring program at John W. North High School, where they have partnered up with a the Heritage Plan to keep the program going. Each week, Legends members visit the high school and help tutor AP students in physics and calculus. Most of the AP students are athletes, which helps a lot of Legends members connect with them, since a lot of their members are basketball players. “We bring athletes to athletes,” says Mayra Gonzalez, a second-year business and economics major and the social media coordinator for the club. “We want them to feel like they have a friend in us. We even guide them on their path to college.”

Through the tutoring program, community cleanups and regular get-togethers, both Bowden and Gonzalez have found Legends to be one thing: A family. “All my best friends are in Legends,” Gonzalez remarks. “Everyone has such different personalities.”

Legends is also trying to adopt the “family line” seen in fraternities and sororities where members can have a “big” and a “little.” Since the organization is quite small, with about 15 to 20 members, Bowden expressed his desire for long-term members to start interacting with new members to create a friendly atmosphere and avoid the formation of cliques.

Just like a real family would, Legends makes sure that all members have each other’s back and get the recognition they deserve. “We start off the meetings with shoutouts,” Bowden explains. Shout outs are a tradition where members will take time during the start of their weekly meetings to highlight anything positive they did throughout the week. It can be an act as simple as staying after a social to help clean or as large as helping feed the homeless over the holidays. No matter the impact, the shoutouts close with a club mantra: “Thank you everyone for being legendary.”

Bowden hopes that, when he comes back to UCR in five years, he sees the club thriving. “I want to come back and see the love that we have in our family now continuing,” he says.

Legends Community Service Group hopes for more UCR students to take a chance on them. Not only do they offer services to better the community, they offer a group of friendly, open individuals that will make one’s college experience memorable.

Legends holds their meetings every Monday at 7 p.m. in INTS 1134.