Highlander
Home April Fools On a higher frequency: KUCR to expand with programming targeted for dogs 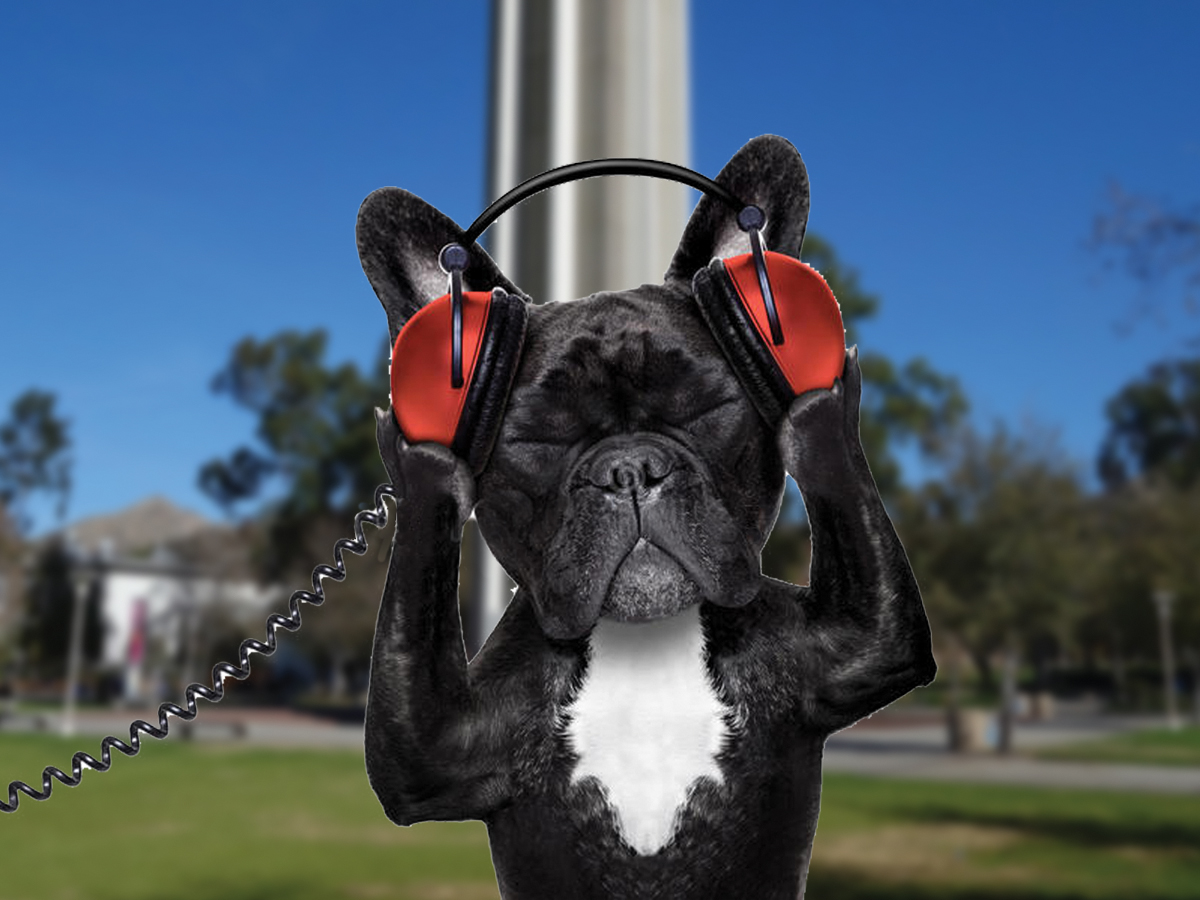 UCR’s radio station KUCR 88.3 FM announced early Wednesday, March 28 that they will be expanding into programming for animals. Their newest program, entitled “Bark Bark Bark,” will feature a local dog from the community, a Hungarian Komondor-Pomeranian mix named Will Cox, discussing issues related to dogs in the Inland Empire. The launch is expected to happen in April and will be used as a test to see if further expansion to other species will be viable. Cox’s show is expected to air at 3 p.m. every Wednesday beginning May 2.quency

Since dogs hear at a higher frequency than humans, these programs will be broadcast at higher frequencies. Those who wish to let their dogs listen to the programming will have to get their radios modified or buy new, purpose-built radios.

A recent windfall of college media funding, about $10 million, from the University of California (UC) Office of the President has made this expansion possible. “Funding for college media is very important and this will help UC newspapers and radio stations be more inclusive of all beings, not just humans,” said UC President Janet Napolitano in an email statement to the Highlander.

KUCR General Manager Louis Vandenberg expressed his excitement at college media finally being taken seriously by the higher echelons of the UC administration and the new programming. “I think it’s very progressive of the UC to be giving college media its proper respect,” said Vandenberg. “I am looking forward to launching this program as it will give KUCR an edge over other stations in the market and a new front for UC ingenuity.” Vandenberg also indicated a desire to bring more “subtle yet cultured” programming to animal listeners in the form of classical and contemporary musical hits.

The new service seeks to capitalize on a huge market, with the potential to reach millions of dogs in the Inland Empire. Though exact numbers are hard to find, the dog population is estimated to be as high as a million based on the government-funded research group Media Research Office for Canine and Non-Human Species (MROCNHS) based in San Francisco. Established by California Governor Jerry Brown in 2014 to promote canine representation in the media, the organization has grown substantially.

“This is what we have been working so hard for so long for,” said Nathaniel Lopez, the collegiate media director for MROCNHS. “Dogs and other non-human species are completely cut off from meaningful and cultured content on public airwaves and we are pleased to see this type of inclusivity happening in our nation’s bastion of diversity, the UC,” said Lopez to the Highlander while having his car radio modified to receive the high frequency signals.

KUCR plans to have a launch party for their new programming on Wednesday, April 25 in the Alumni and Visitors Center which will begin at 6 p.m.