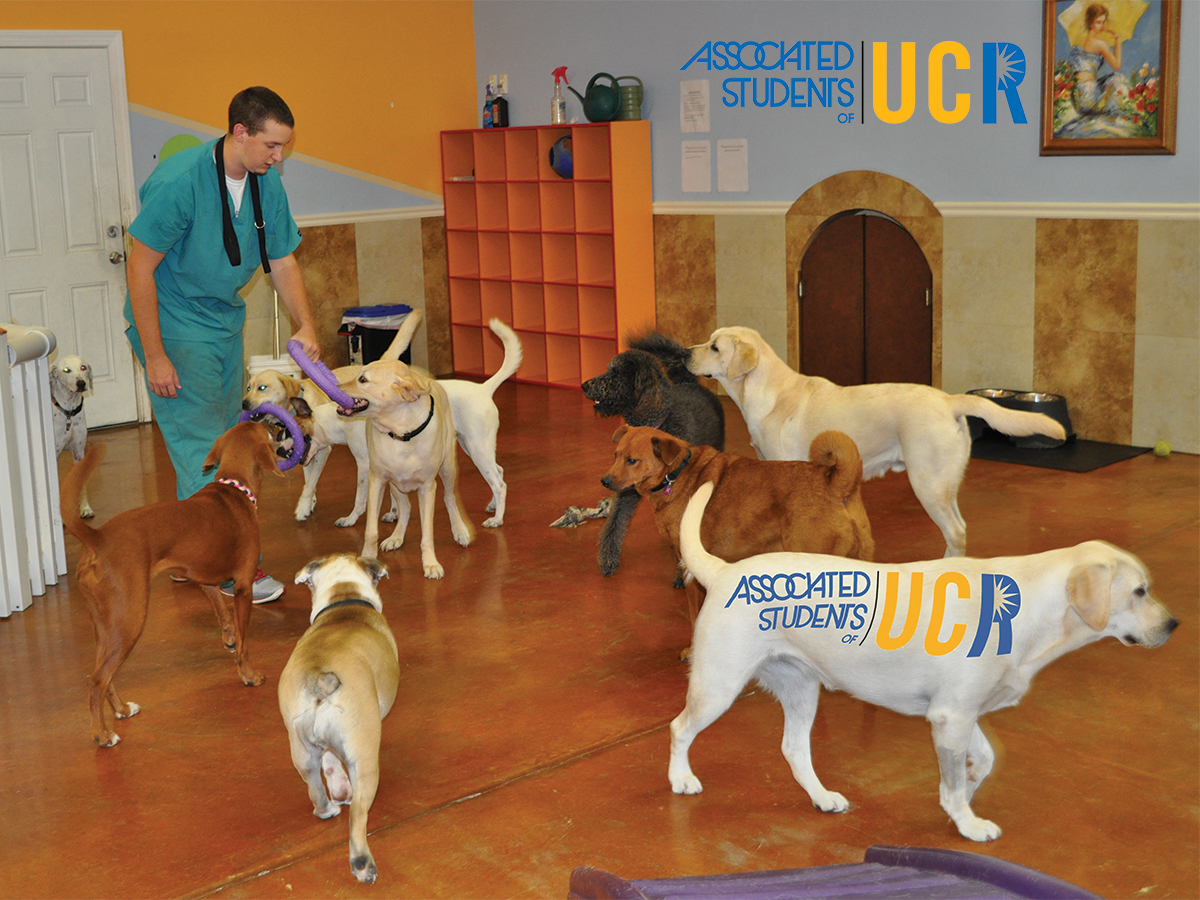 Critics of ASUCR’s decision to spend nearly $35,000 on R’Gear sweaters were left perplexed this week as ASUCR announced its decision to instead use these funds to buy puppies. In a plan catchily named “R’Dogs,” the ASUCR Senate plans to buy around 70 puppies to help students deal with stress and associated mental health issues, and has set up a committee to oversee the establishment of a new kennel and associated Costo Hall office.

“This is a monumental moment in the history of ASUCR,” said ASUCR President Aram Ayra, who announced the plan via a press release also signed by Vice President of Finance Jose Cortez-Hernandez. “This is huge,” said Cortez-Hernandez, who played a prominent role in promoting and defending the R’Gear allocations, and brought a judicial case against Ayra after the latter vetoed the R’Gear bill.

Ayra called the initiative a compromise between the financially conservative and more liberally spending members of ASUCR, and highlighted the move as a way to promote student welfare while also satisfying the spending needs of the ASUCR senate and its financial arm. He emphasized a hope that by focusing money earmarked for spending on promotional materials on student mental health instead, the senate would “put an end to the longstanding debate on whether to spend students’ money frivolously or not.”

The puppies will most likely be acquired from local shelters and will be housed in a kennel located behind the HUB kitchen facilities. Puppies will be available for stressed students during weekdays between 8 a.m. and 7 p.m., the HUB’s normal hours.

The location of a potential puppy center was, after much deliberation by the newly formed Potential Puppy Proposal Planning Panel (PPPPP) decided to be a new office within Costo Hall, entitled the Canine Resource Center (CRC). In addition to the petting area, the CRC will house dedicated programs, information and resources for students and dogs alike. Funding for this center will come out of student fees and include salaries for a program coordinator, director and diversity liaison officer.

Some ASUCR senators expressed concerns about HUB leftovers being wasted instead of fed to the dogs. Ayra included in the press release that he is currently looking into a potential arrangement with R’Feed to combat potential food insecurity among the hounds. CHASS Senator Mariam AlKhalili, who planned the original, human-exclusive R’Feed committee, is rumored to be at the forefront of attempts to eliminate food waste by keeping the puppies well fed.

Regardless, the program’s supporters are ecstatic. “Not once have I felt more accomplished in my time as an elected student representative,” said PPPPP Chair Semi Cole before turning around to high-five Cortez-Hernandez.

No date has been set regarding the implementation of this plan nor has the breed of puppy. None of the ASUCR officials mentioned above were available for comment.