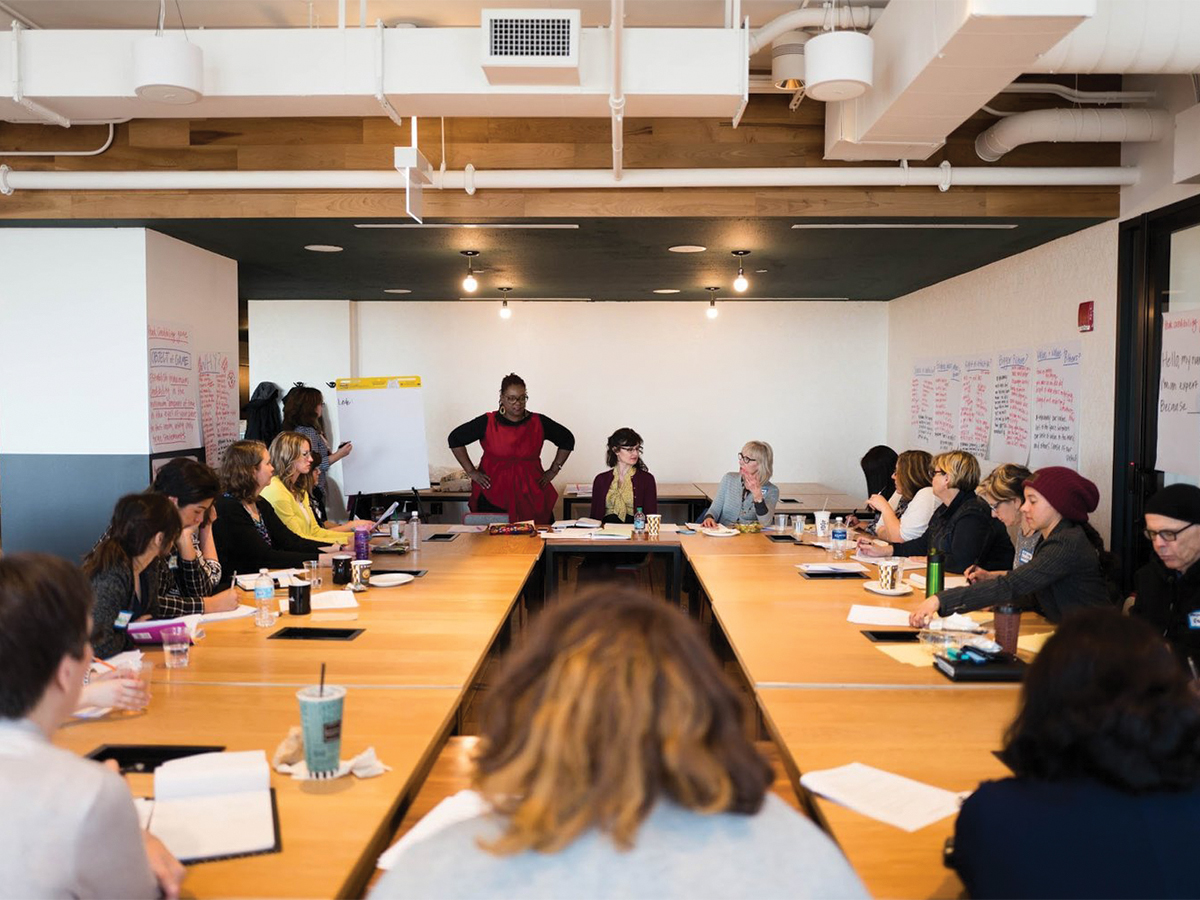 Last Friday, UCR University Communications collaborated with the Center for Ideas and Society and The OpEd Project to host a writing seminar called, “Write to Change the World.” According to the seminar brochure, the program was designed to focus on the participants’ abilities to establish sources of credibility in writing as well as presenting ideas in an argument.

OpEd is a social project that aims to improve the diversity and quality of ideas shared in the media. It strives for a world where the pool from which voices are being heard is as large as possible. According to the project’s website, OpEd scouts demographically underrepresented experts from a variety of fields and offers them training sessions in leadership and a network of large scale media mentors.

Georgia Warnke, political science professor and director at the Center for Ideas and Society, discussed the event in an interview with The Highlander. “The OpEd Project is an organization interested in increasing the number of voices and range of ideas aired in public media,” wrote Wamke in an email. She listed a variety of organizations that could benefit from the workshop, including universities, think tanks, non-profit foundations and corporations. It focuses on training these individuals to translate their expertise into prose. Furthermore, Warnke said that all of the participants were women, representing the UCR School of Business Administration, CHASS, CNAS and the Academic Resource Center.

Warnke emphasized that the project’s leaders are less concerned with improving faculty writing than they are with helping faculty turn academic research into writing, which is a resource that is not always accessible through schools in their respective professions. She said she hopes the project will help UCR faculty become better known and contribute to an increase in UCR’s visibility. “The program is directed at faculty not students, but in this era of fake news and dubious claims, we all need to check the credibility of the news sources on which we rely,” said Warnke.

The project’s first goal in diversifying voices heard in the media is by increasing engagement from women. In an interview with The Highlander, John Warren, UCR’s Director of Media Relations, described the workshop as one that mirrors the intent of the New York-based OpEd Project’s mission as a faculty training exercise. According to Warren, “The goal (is) to provide the tools to women faculty to publish opinion pieces related to their research and instruction.” Warren added that roughly 11 percent of all opinion articles are written by women, a figure he hopes will grow through programs like these.

Friday’s session was led by award-winning journalist Deborah Douglas, a senior leader with The OpEd Project and lecturer at The Medill School at Northwestern University. Douglas has also appeared on CNN, worked on the editorial board of the Chicago Sun-Times and contributes regularly to the Huffington Post.