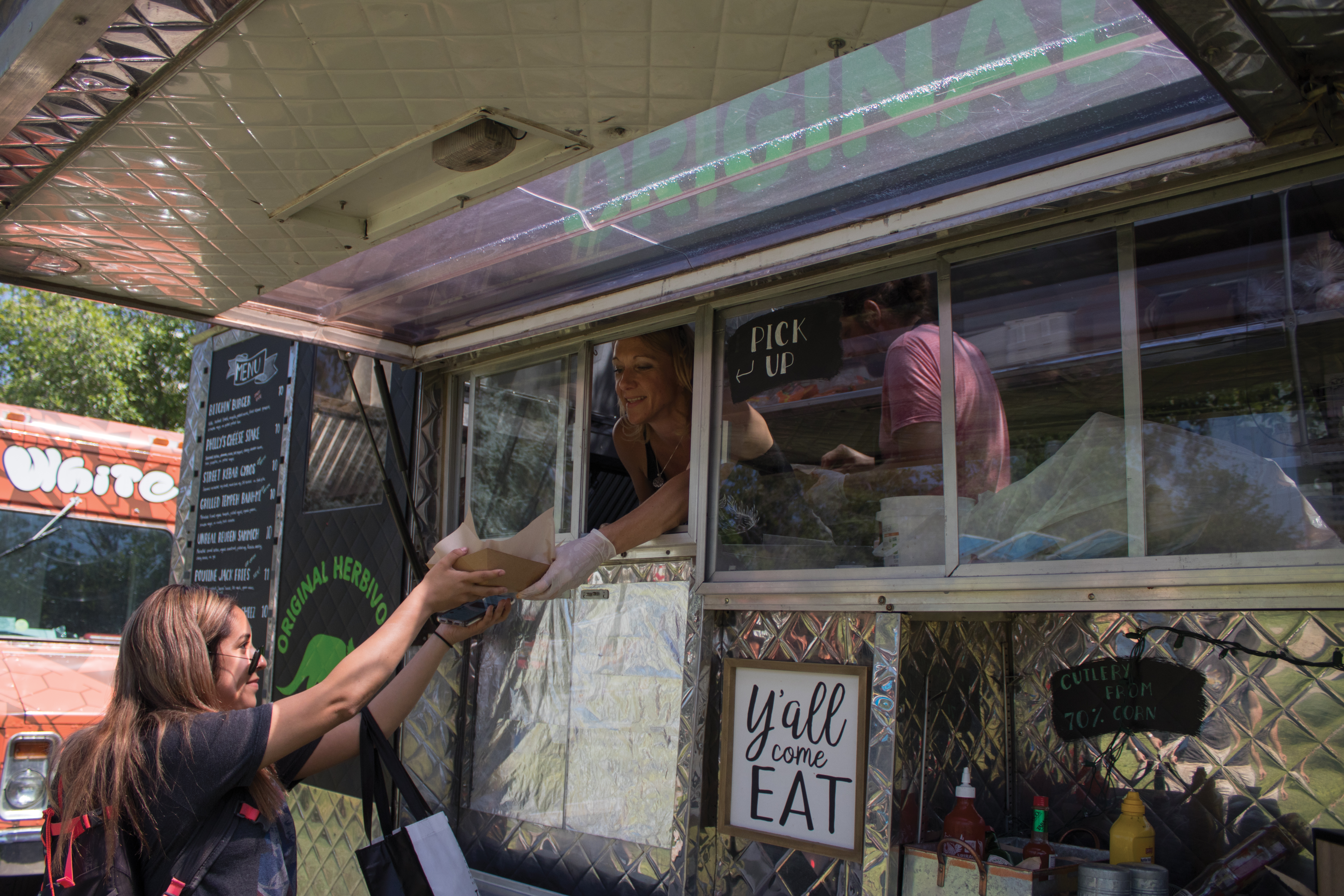 Students on campus were lined up across the HUB upper plaza last Thursday, looking to indulge in a variety of foods that spanned various regions and cultures at the Annual ASUCR-hosted Spring Food Truck Festival. With wait times for some trucks being longer than 30 minutes, it was impossible to try everything. But not to worry, we here at the Highlander tried a number of options and are here to give you some of our takes on what the festival had to offer.

Made in Brooklyn – Pepperoni Pizza $6

The Made in Brooklyn food truck offered a simplified menu that consisted of cheese and pepperoni pizza, water and soda. This food truck offered one pepperoni slice for $6. With no line, it took less than two minutes to get my slice. The fun of eating the pizza folded vanishes as the slice loses its warmth. Personally, I liked the soft-crust and the tomato sauce, but the cheese was too greasy. Since I wasn’t given napkins with my order, I was left with grease all over my hand. Overall, the pizza was good, but I wouldn’t order it again. It was too messy, and I could get a similar experience for less money at the University Village.

Burger Monster surely packs a ferocious punch. There’s a certain science to getting the perfect burger. People don’t realize that there’s a bun-to-patty ratio that needs to be considered, or that there needs to be just the right amount of condiments or the bun begins to falter a few bites in. Luckily, Burger Monster addresses those issues and delivers a satisfying treat for any burger aficionado. The medium-well cooked patty was seared to perfection and had a nice coat of seasoning on it. The brioche bun was also very solid and withstood multiple clutches until about a quarter of the way left. The item I tried was dubbed the “American Werewolf.” It’s a standard burger decked with onions, lettuce and tomatoes with a signature garlic sauce. Thankfully the experience goes beyond a standard binge at a typical burger chain by making the burger Instagram pretty and cooked to perfection. Just shy of $10, this burger may be too steep for some foodies trying to get a variety for their buck, but burger fans will surely rejoice at the price. The only pitfall of the experience was the wait time. It seemed as though they cook their burgers in groups regardless of whether anyone orders solo. But overall, Burger Monster is a delectable force to be reckoned with and very much deserved to be included in the conversation of good burger joints in OC.

The aptly named Middle Feast food truck promises much and mostly delivers. For this review, The Highlander tasted the vegetarian Shakshuka ($11), a duo of poached eggs, ensconced in a pillowy pita wrap. The first bite yielded a curry-like taste with strong notes of cumin, courtesy of Middle Feast’s signature North African-inspired tomato and peppers sauce. The wrap itself was somewhat unwieldy, with one egg falling out basically as soon as the pita had been folded taco-style. This in itself is not bad; gratuitous fillings, especially with the light yet robust flavors in the sauce-drenched egg, are always a delight. What remained in the wrap, however, was an overwhelming, bland base of shredded lettuce — which Middle Feast’s website boasts are “mixed greens.” Unfortunately, the wrap’s final layer, a generous sprinkling of crumbled feta cheese, was not enough to make up for the overuse of filler.

Composed of a nori (dried seaweed) outside, the LOCO sushi burrito includes rice with a core of assorted sushi. Spicy tuna, salmon and imitation crab intermingle well, and a small yet flavorful helping of shrimp tempura introduces salty, breaded delight into the wrap. A small helping of leafy greens left much to be desired, however, and its dry texture detracted from the overall composition of the roll, a must when it comes to the delicate flavors of sushi. The true disappointment, however, was the size of the dish which seemed almost comically thin and short (about as small as a dollar bill). The burrito left this reviewer LOCO for better, cheaper food options.