Highlander
Home Radar Movie Reviews Motherhood is tough in “Tully,” an unglamorous yet triumphant comedy from the... 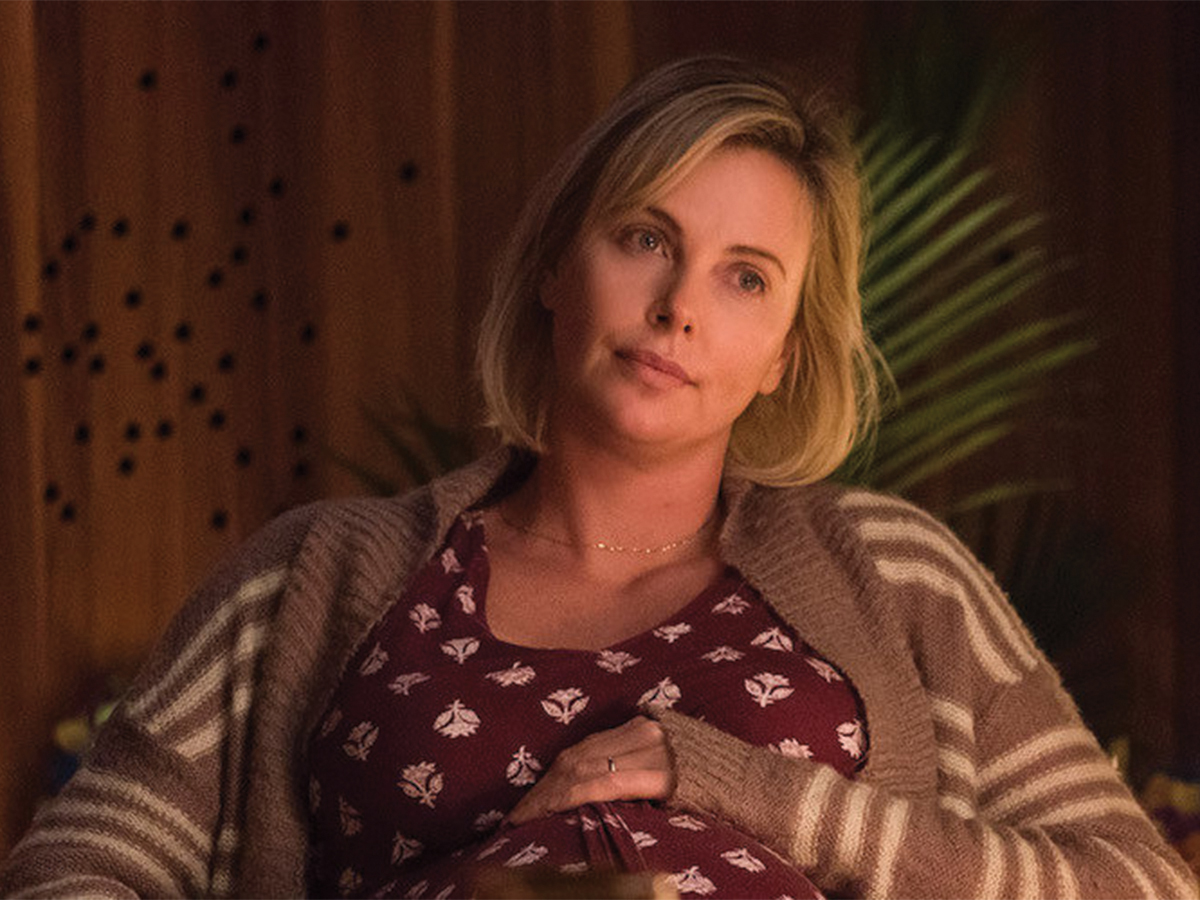 Full disclosure: I am not, have never been and never will be, a mother. Most of my insight into motherhood is informed by my own mother, other mothers and the occasional reading. Did you know creating and lugging around a miniature human being is hard work? Crazy, I know. There aren’t too many things as uniform in motherhood as that difficulty, I gather, since there’s such a miscellany of experiences that make it difficult to label any as the “authentic” maternal experience. So, it’s refreshing to see that the latest Reitman-Cody offering, “Tully,” weighs in on a very particular, very excruciating, type of maternal experience.

“Tully” marks the fourth collaboration between director Jason Reitman and screenwriter Diablo Cody, following “Juno,” “Jennifer’s Body” and “Young Adult” (though all written by Cody, Reitman directed all but “Jennifer’s Body”). In line with all of Cody’s previous stories, “Tully” is about a woman going through a hard time, but unlike the protagonists in “Juno” or “Young Adult,” Marlo (Charlize Theron) is here because of missteps in her decision making.

The Most Pregnant Woman Alive, Marlo starts off under the same type of stress that typifies parents of — for lack of a better word — troublesome children. We start things off with some intimate shots of her brushing her son, Jonah (Asher Miles Fallica), as one does a horse. As the film slowly discloses, it becomes abundantly clear that he’s somewhere on the autism spectrum despite no psychologists or school principals telling it like it is. One of the many great scenes in the film that demonstrates Theron’s explosive capabilities arrives when Laurie (Gameela Wright), Jonah’s principal, pussyfoots around the most basic candor. “He’s quirky,” and “atypical” she tells Marlo, and her response is as colorful as we would expect from a script by Cody, “Do I have a kid or a fucking ukulele?” being the highlight in her diatribe.

So Jonah is a handful and then some. Thankfully her daughter, Sarah (Lia Frankland), isn’t as much of a headache, but the added stress of the new one and some implications from her brother Craig (Mark Duplass) that she may have undergone postpartum depression after having Jonah just compound the weight on Marlo’s shoulders. It doesn’t help that her husband, Drew (Ron Livingston), is too busy with work by day and obsessed with “Gears of War” by night to be the Father of the Year she might wish for. Craig suggests they consider hiring a night nanny to help out with the third kid, which Marlo rejects at first, but the demands of the overburdened mother find her dialing the phone for a bit of help. Enter Tully.

Tully (“Black Mirror” and “Blade Runner 2049” starlet Mackenzie Davis in another dynamic performance) bears the most recognizably Diablo Cody imprint on her, and she’s possibly the first manic pixie dream girl to walk a major film in a couple years. There’s something magical about her that is hard to describe outside of fantastical comparison, not just in her youthful joie de vivre and convincingly thorough understanding of life’s ups and downs, but in the way she transforms Marlo’s life around.

Cody inserts tons of little moments into the story to spell out in boldface capital letters that motherhood has taken a hell of a toll on the now-mother-of-three — including a wonderfully funny montage, orchestrated to a T, post-pregnancy. The birth scene itself even stands out for being so laughably mundane, visibly anchoring Marlo’s well-being as she stares with flat affect as she does so often. But all of that suddenly changes not long after Tully comes in, and the timing of it all is so rewarding, both for Marlo and her family, as well as the audience.

While much of the film’s praise can be traced to Cody’s consistently sharp pen game, Reitman directs with a fine balance between wit and insight to elevate her script. If this were the late 2000s, our characters might have been as trenchant as they were in “Juno,” but the maturity that paints “Tully” — even when Reitman’s indulging in the wackier part of Cody’s script — is much more rich and suitable to this story. This is especially true for Tully and Marlo, who could have been reduced to weathered parent, wide-eyed child caricatures. But they’re humanized, and provided amples lines of organic dialogue that reveal how perfect of a match the two are.

Naturally, Theron shows no holes in her performance, and at this stage in her 23-year-long career as an actor, it’s questionable if she is capable of a bad performance. If the 50 pounds of weight she notoriously put on for the role aren’t convincing enough of her dedication to being one with the characters, then the way she spirals in and out of distress with a subtlety few can match will surely prove her case as one of the industry’s finest.

“Tully” drew a bit of criticism from, I guess, the mommy community, because it seems to depict postpartum depression in ways many find unsavory. Look, we’ve established I’m barred from the mommy community on grounds that I’m no mommy, but it’s hard to see what “Tully” says about its particular mommy as anything other than thoughtful and sensitive to the many plights of maternity. There’s developments in the last quarter that sully some of the magic it creates earlier, but it’s rooted in the typical writing error of creating drama for the sake of plot advancement. Not so much problematic interpretation of postpartum depression as it is a bit schlocky.

In spite of an unfittingly weak resolution, “Tully” still manages to coherently absorb its audience in Marlo’s quest to not be so damn tired all the time and align who she wanted to be with who she currently is as a mother. When she gets to talking about the Theseus paradox with Tully later in the film, it’s like a light bulb illuminates and the primal anxieties of motherhood plaguing her are put into perspective.

Verdict: “Tully” is anything but a conventional story about motherhood, and the way Jason Reitman captures Diablo Cody’s story is something extraordinary, if hilariously unglamorous. Charlize Theron is magnetic on screen alongside her younger opposite, Mackenzie Davis, and they have thought-provoking interactions that make even the sem-lackluster climax pay off in full.