Highlander
Home Radar How “My Hero Academia” has “gone beyond” and become the newest heir... 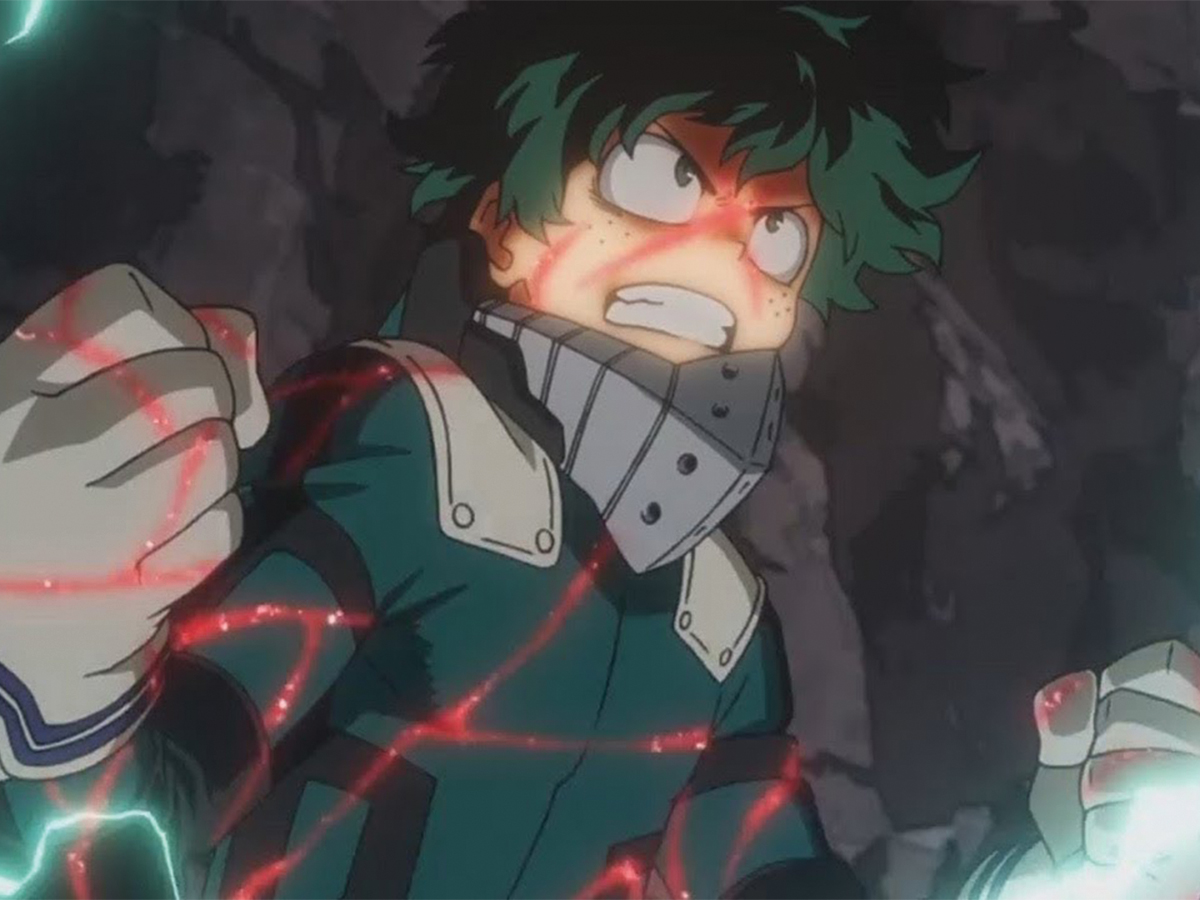 During the winter season of 2016, shounen fans found themselves in a predicament. At the time, the big three of shounen, “Naruto,” “One Piece” and “Bleach,” were notoriously underperforming. “Naruto” was on the tail end of the already dragged-out Shinobi War arc, while “Bleach’”s monstrosity of a narrative was losing viewers faster than it was gaining them and “One Piece,” despite the compelling Dressrosa saga, was not very appealing for viewers without 700-plus episodes worth of context. With the power vacuum only growing, the community was itching for a new series to take up the gauntlet and become the next big shounen franchise.

Enter “My Hero Academia,” studio Bones’ newest project, which is still making waves after its triumphant debut two years ago in the spring season of 2016. The show is currently airing its third season, following up two seasons that were incredibly well-received by fans and critics alike. Its popularity has become so prevalent that it has been added to both Crunchyroll’s simulcast lineup as well as Funimation’s simuldub list in order to meet the demand of American audiences. Where most anime get English subs a few days after the original Japanese release and English dubs far later, often into the following season, “My Hero Academia’”s popularity allows it to circumvent these time gaps: Its English sub is released simultaneously to American audiences with the Japanese release, with an English dub of the newest episode available within the week of its airing, thanks to simulcast and dub.

Putting the show’s high praises and rapidly growing fanbase aside, “My Hero Academia,” at its core, still lives and dies by the same conventions we have seen in shounen since its inception. On paper, series protagonist Deku is as generic as they come. Initially weak and powerless, he eventually gains a special ability through a higher being’s intervention, giving him the potential to become the “Number One Hero” through hard work and determination. He also has an equally cliche childhood friend and rival in the naturally skilled and arrogant Bakugo, whose antagonistic relationship with Deku becomes increasingly brother-like. Add the quirky, warm-hearted mentors, a female love interest that cheers our hero from the sidelines and a tournament arc, and you’ve got the formula for every other popular shounen of the past 10 years.

However, I don’t bring up “My Hero Academia’”s cliches as a criticism. In fact, they work far more as benefits for the series then detriments. The ideas presented may not be innovative, but they are executed with enough thought and passion behind them that they feel organic. Inspired by American comic books, the series follows the superpowered students of U.A. High School, as they fight villains and train to become professional heroes. Like the X-Men, the characters are born with these abilities and learn to master them as they grow. So while the show is extremely well done and appealing, it’s popularity is not by merit of innovation but rather its delivery.

Now compare “My Hero Academia” to one of the newest shounens on the scene, “Black Clover.” Premiering in the fall of 2017, “Black Clover” was promising. Not only had its manga risen to the top of “Shonen Jump,” but the series was picked up by Studio Pierrot, the creator of some of the most beloved anime to date, including “Yu Yu Hakusho,” “Naruto” and “Tokyo Ghoul.” The series chronicles the journey of Asta, an orphan boy who lives in a world filled with magic. Born without magic and raised alongside fellow orphan Yuno, Asta strives to become the most powerful mage in the land, the Wizard King. I could go on checking off the list of aforementioned cliches, but it’s sufficient to say that “Black Clover” meets them all. Despite the similarities between it and “My Hero Academia,” since its debut “Black Clover” has faced some of the toughest scrutiny of any anime this year. Fans wrote the series off as generic, almost unanimously agreeing that the show was an embodiment of every problem shounen faces.

Initially, both these shows seem to have equally simple and easily understandable goals. Terms like “Number One Hero” and “Wizard King” might as well be replaced by “the next Hokage” or “King of the Pirates.” They aren’t revolutionary ideas. However, the distinction made between Deku and Asta’s end goals can be seen when we look at their motives and what accomplishing that goal really means to these characters.

Asta’s motivation to become the Wizard King can be broken down into two simple desires: To help the poor village he was raised in, and to the show the world that even a poor orphan can become the strongest mage in the land. But as we try to dig deeper, we discover that Asta’s character depth leaves something to be desired. Why does he want to prove himself to the world? Because the plot demands it of him, he’s the main character and if he didn’t want to become the Wizard King there wouldn’t be a show. “Black Clover” has a clear goal, but lacks convincing motivation because its characters operate on one dimension.

Deku’s reason, on the other hand, can also be segmented into two parts: To follow in the footsteps of his idol and mentor, All Might, and to become a symbol of peace and hope for the world. Unlike Asta, Deku’s motivation goes a step further. He wants to become a symbol of hope because that’s what All Might was to him as a child. Deku sees himself in the people he is protecting and that is what makes him want to be a hero. Because his motives are deeper and more complex than Asta’s, Deku becomes a more compelling character.

When a story gives its audience a character to follow, the audience will be interested for a while. But when a story gives an audience a character with motives that resonate with them, the audience will truly start to care about the actions on screen. It’s not enough to have a noble hero with a righteous goal. What viewers are searching for in the screen are people, characters they can relate to. And the second a show gives them that, viewers will watch.