Highlander
Home Opinions Editorials Updating the U.S.’ asylum laws is a matter of life or death 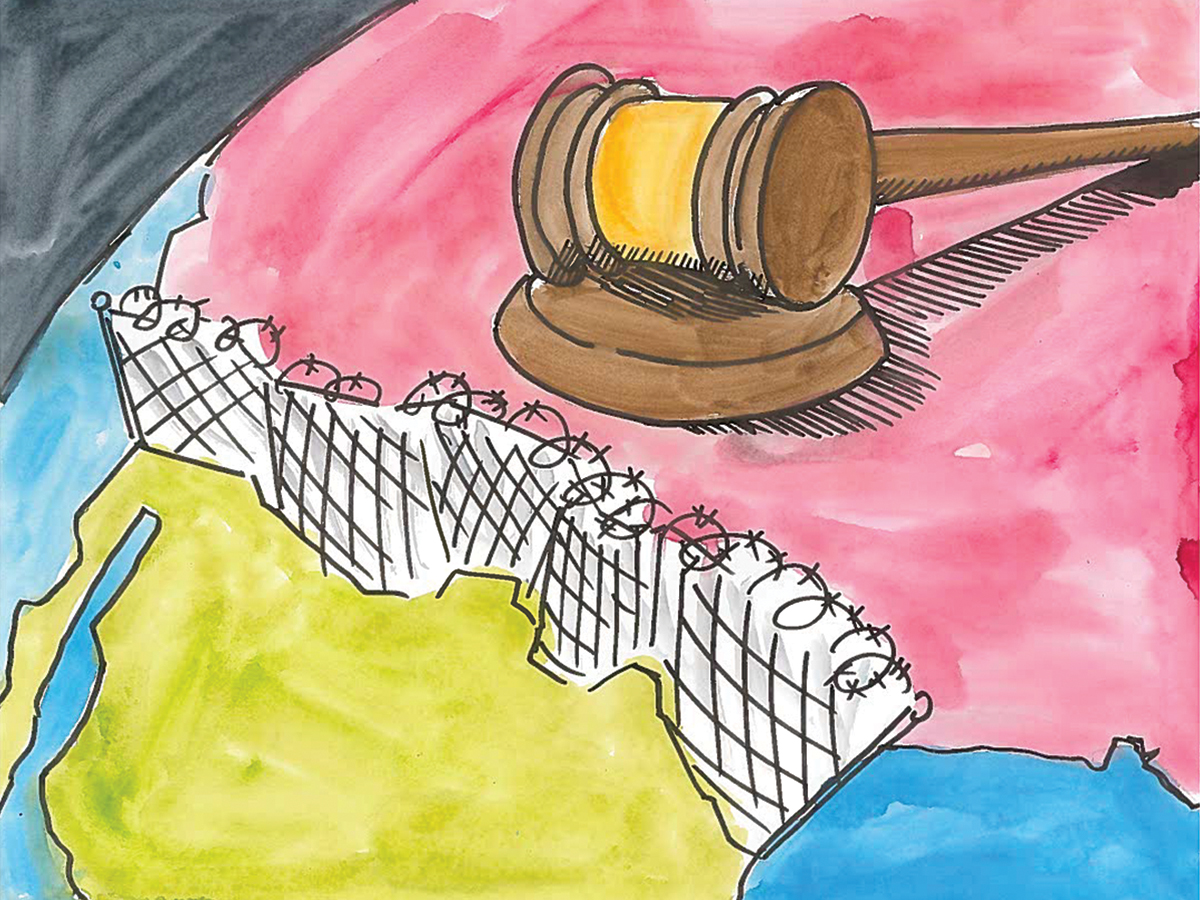 It is often stated that the U.S. is a nation of immigrants; this fact holds true today as much as ever, as nearly 1.5 million immigrants entered the country in 2016, the most recent year for which statistics are available. A story that does not get told nearly as much, however, is that of the small proportion of those immigrants who enter the country as refugees, numbering roughly 85,000 in 2016. Those who enter the U.S. as refugees are allowed to seek asylum if they are unwilling or unable to return to their country of origin due to “persecution or a well-founded fear of persecution on account of race, religion, nationality, membership in a particular social group, or political opinion,” according to the Department of Homeland Security. In 2016, around 20,000 were granted asylum out of the total refugee pool, or about 24 percent.

While this percentage is not especially high, a disturbing trend is that for refugees coming from Central America, there is enormous variation in how many people are granted asylum based on which judge hears the case — with some judges granting asylum in only 3 percent of cases, while others grant in as many of 97 percent of cases. This problem arises because Central American refugees are often escaping endemic gang violence or domestic abuse, as opposed to conventional persecution as in Syria or Myanmar (two of the major sources of refugees in 2016), which do not neatly fit into the categories outlined in the Refugee Act of 1980. Therefore, there is a pressing need to revisit the Refugee Act in order to reduce the potential for judges’ biases to affect someone’s chance of gaining asylum and to ensure that those who face credible fears not outlined in the current law are allowed to escape dangers.

When two judges are allowed under the current law to grant asylum at such varying rates, it is obvious that the legal parameters that they are operating within suffer from vague phrasing that allows for a range of interpretations. In an age when the president has polarized opinions on immigration, or is perhaps symptomatic of said polarization, it is inappropriate to allow judges to process cases involving gang violence on little more than personal political belief. When the law is unclear what constitutes “membership in a particular social group” (the clause which allows refugees from gang violence to argue their case for asylum), judges are required to rely on their own interpretations, which are inevitably vulnerable to political belief. Thus, liberal judges can admit refugees who have weak cases to send a message and conservative judges can bar any refugee out of spite. A revision to existing law could be used to hold all cases to a strict standard and prevent judges from injecting biases in place of actual law.

Clarification to the Refugee Act would also ensure that refugees who face dangerous, life-threatening situations in their home countries are not rejected and sent back, potentially into harm’s way. In countries such as El Salvador, the prevalence of gangs such as MS-13 results in entire communities being controlled, not by the government, but by organized crime. Attempts at resistance or defiance against the gangs risks a violent response, not unlike the response one could expect from an oppressive government. People who dare voice opposition to the gangs put themselves in danger, but because U.S. asylum law does not view this in the same light as being endangered by a government, there is a much lower chance that these people will gain asylum, making retaliation against them easy. It is therefore essential to revise asylum laws so that a broader range of people who live in dangerous situations can have a way out.

If the Refugee Act is to be revised, it is important to consider a few other specific difficulties that arise for asylum seekers. Paramount among these is the language barrier presented by immigrants from Spanish-speaking Central America in English-speaking courts. Additionally, while defendants in asylum cases have the right to have legal counsel, they are not guaranteed to have it. If the asylum seeker is poor and therefore cannot afford to get their own counsel, their odds of winning their asylum case is much slimmer than for someone who does have counsel. Considering that most asylum seekers do not come from English-speaking countries, it is critical for any revision of asylum law to account for the difficulties these people face so that they can have a truly fair trial.

However, it is important to note that while asylum laws in the U.S. could and should be liberalized to a degree, to do so to a large degree would threaten the ability of the asylum system to function. Asylum is not intended for those who are facing economic hardship or other unfortunate circumstances in their home country. It also is not meant for cases of individual violence, including domestic violence. As sympathetic as such cases may be, to grant asylum to people who are not facing persecution or war or organized violence would increase the strain on our existing immigration court system, and could also delay entry for people in more imminent danger.

It is up to Congress, or at least to the Supreme Court, to create law or establish precedent to patch the flaws in our existing asylum system. Ideally, the U.S. and its allies and partners around the world would work harder to promote peace and economic stability so that there is less need for people to seek asylum. Unfortunately, this utopian future is unlikely, especially under our current presidency. Rather than words and well-wishing, we need actual legal changes to happen in order to protect those people who tear up their roots and come to this country not only to better their lives, but to have a life at all.