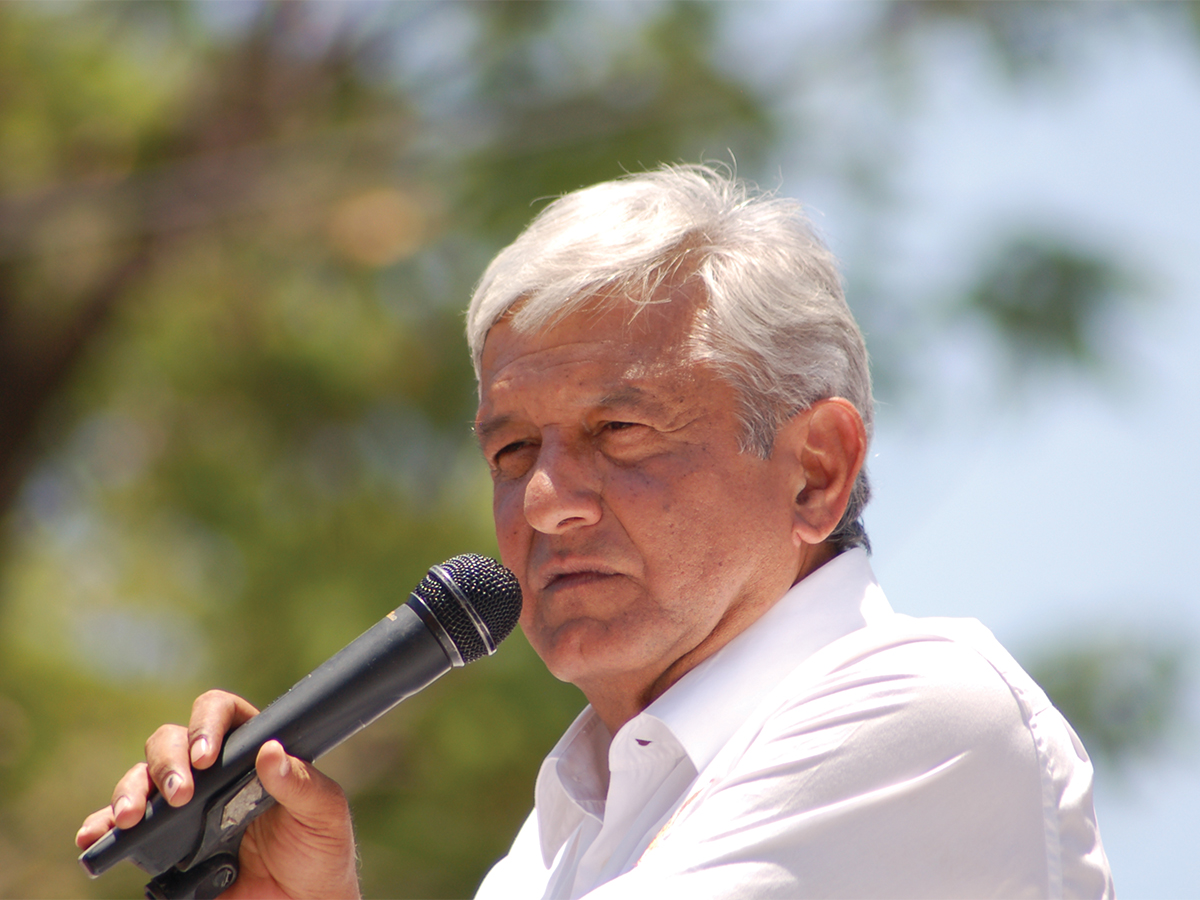 Times are changing and they are changing fast. Emerging leaders invoke nostalgic memories of what the world used to look like and draw attention to each respective country’s “glory days”. Candidates and executives such as US President Donald Trump, Matteo Salvini of Italy’s populist Lega Nord party, and now, Andres Manuel  Lopez Obrador of Mexico, all reminisce about a time where their countries seemed much more stable and prosperous. The same pattern can be observed in the 64-year-old former mayor of Mexico City who seems to be on his way to the Mexican presidency. Despite Lopez Obrador’s admirable tenacity, Mexican voters going to the polls on July 1 can learn a valuable lesson from Venezuelans, who democratically elected left-wing populist Hugo Chavez in 2000 and have suffered economic and social hardship since.

Despite not running under the banner of either of Mexico’s two most popular parties, the National Action Party (PAN) and the Institutional Revolutionary Party (PRI), Lopez Obrador’s strength stems from his position as an outside option for the citizens of Mexico. Lopez Obrador, popularly known as “AMLO” , has launched bids for the presidency three times under the party he founded himself: the National Regeneration Movement (MORENA). Lopez Obrador’s political platform is based on left-wing populism, an “us” versus “them” ideology that has characterized recent candidates in the Western world.

Despite his promises to put a firmer grip on drug violence (which the country needs), Lopez Obrador has drawn criticism from those who deem him too radical, leading to comparisons with Venezuelan socialist Presidents Hugo Chavez and his successor Nicolas Maduro that quickly became authoritarians. These skeptics are not wrong in suggesting these comparisons. According to Dutch political scientist, Cas Mudde, populist candidates like Chavez “…told his supporters that their problems were caused by unresponsive, undemocratic elites and institutions. A strong leader, he argued, was necessary to break through those shadowy forces and impose the will of the people.”

In contrast to a strong leader willing to resort to abnormal forms of punishment, Lopez Obrador has actually suggested amnesty for those previously involved in the drug trade business. Lopez Obrador stated that “You can’t confront violence with violence. You can’t put out fire with fire,” Lopez Obrador said Sunday night. “Amnesty doesn’t mean impunity. . . . We have to attend to the causes that give rise to insecurity and violence, especially reducing poverty.” Launching his campaign on the same brand of optimistic promises as Chavez and Maduro, Lopez Obrador’s popularity comes from his pledges to quickly overcome Mexico’s most insidious challenges.

On Sunday, May 20, Mexico had its second national debate which featured Lopez Obrador alongside fellow candidates Jose Antonio Meade and Ricardo Anaya of the PRI and PAN coalitions. On the same day, Venezuela’s Nicolas Maduro won the presidential race in a country whose democracy has been hijacked by an everlasting dictatorship for nearly two decades. Ever since 2000, when Maduro’s predecessor Chavez won the presidential elections, his party has dominated every aspect of life in Venezuela. Perhaps most importantly, Chavez and Maduro sought to nationalize control of the country’s oil reserves, once thought to be the source of prosperity for the South American nation.

Likewise, Lopez Obrador from Mexico wants to make sure Mexican oil “never falls back in the hands of foreigners”, particularly the United States. Lopez Obrador’s message mirrors that of his Venezuelan counterparts; regaining control of resources and thus claiming to restore and protect national wealth. This anti-American sentiment runs through many of Lopez Obrador’s recent promises, and it comes as no surprise that, given the fiery, anti-Mexico rhetoric from President Trump, Lopez Obrador has seen an increase in his popularity for presenting a strong, nationalist image.

Although on the surface, the promises that Lopez Obrador makes to the people are tempting, they are nevertheless dangerous as well. The repercussions of Mexico establishing anti-US policies and a ‘Mexico First’ ideology could come back and hurt the economy of Mexico. The United States is Mexico’s greatest trade partner with over $600 billion in trade last year. Additionally, since Mexico sells most of its oil to the US, a worsening of trade relations means a hit to resource-based revenues. A reduction in Mexico’s oil revenues obviously means less profit coming into the country and a reduced ability to fund Lopez Obrador’s priorities like poverty assistance programs.

Despite recent warnings, the Mexican people do not seem to be changing their minds about who they want to elect in a matter of weeks. This is best explained by Viridiana Rios, a Purdue University professor who explained, “The reality of the country is such that we have to understand that AMLO voters are not angry, rather they have nothing to lose.” Essentially, in a country where people are constantly upset and frustrated by presidential politics, the Mexican people are willing to take a risk that could potentially work out for them. Still, Mexican voters should keep in mind that Lopez Obrador’s populist promises could easily lead them down a path similar to Venezuela’s.