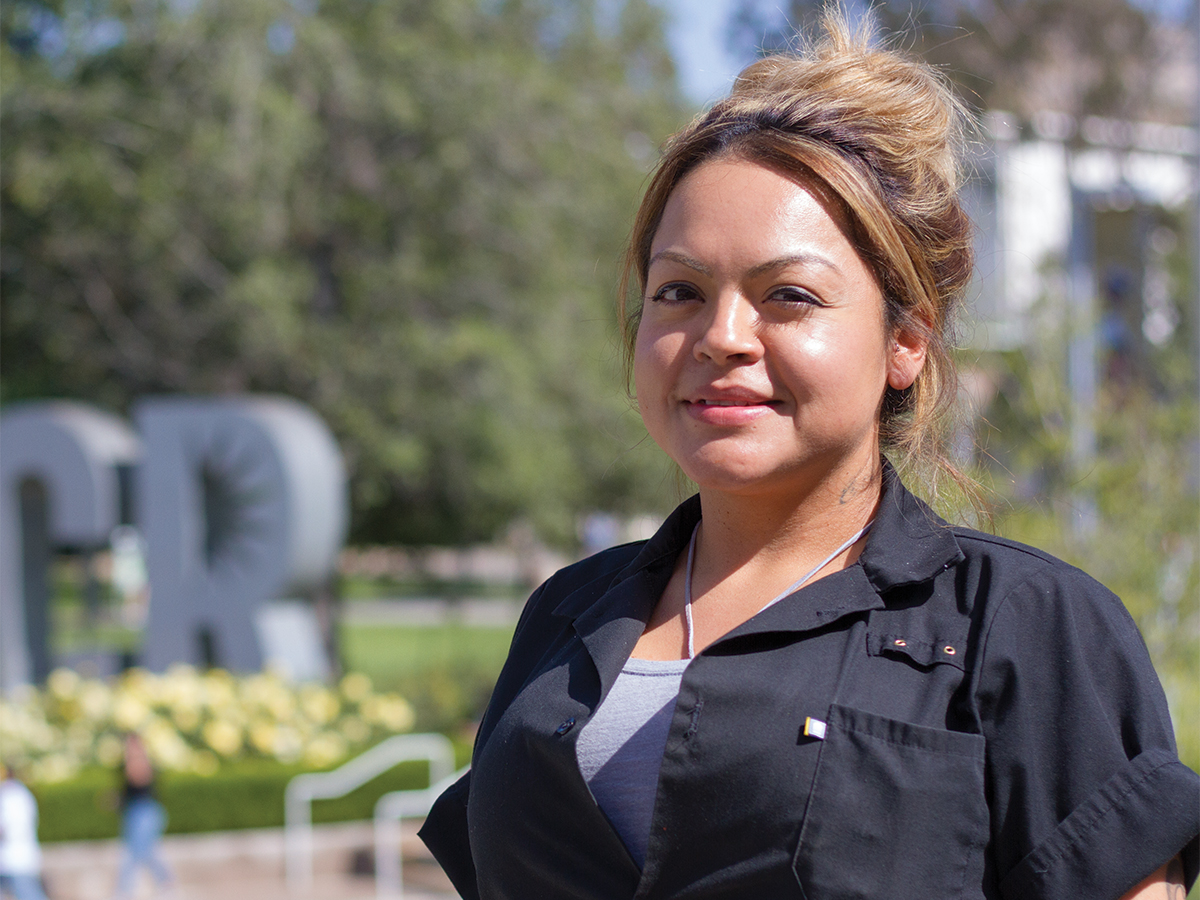 What struck Rose Humanzor the most about domestic violence was the silence surrounding the issue. A survivor of an abusive relationship herself, Humanzor, a senior custodian at UCR, decided to speak up. Organized in collaboration with the Women’s Resource Center (WRC), “Survival,” which took place at HUB 268 on May 16, was formatted as an interview between Humanzor and WRC coordinator Romanie Arterberry, where Humanzor spoke on her seven-year-long abusive relationship.

Humanzor was inspired to start the program because she felt domestic violence was kept quiet in today’s culture. “I feel that in the younger society no one really talks about it. Even as an adult, no one really talks about this topic and those are things that happen every single day,” she explained. “I feel that maybe if someone spoke at school about things like this, I probably would have been more careful.” Humanzor intends to provide attendees with the information to help either themselves or someone they know.

According to statistics from the National Coalition Against Domestic Abuse, domestic violence is most common in women between the ages of 18-24. For Humanzor, it began at 16 years old and continued for seven years, getting progressively worse as it went on. “Those punches weren’t just little slaps. (I would) wake up and get punched just because he had a bad dream about me,” Humanzor described. “No one helped me. His family didn’t help me because they knew what was going on. They would tell him, ‘Hey, don’t hit her that hard because it’s showing.’ I used to watch Lifetime all the time. I never thought that I would have ended up in a relationship like that.” Humanzor noted that her program resonated with audiences and made the impact she had hoped for. “I did have someone tell me they left a significant other after they came to my program,” she began. “They realized they were going through similar stuff.”

Following the death of her daughter and her second partner, Humanzor was motivated to look for centers to help her realize the program. Within the last 15 years, Humanzor’s first daughter passed away, followed by the death of her abusive partner. The recent death of the father of her second daughter finally prompted her to create “Survival” and share her story instead of remaining quiet.

The WRC was the fourth place Humanzor had gone to pitch the program to. Previously,  she had approached various women’s homes around Los Angeles, but they denied her request because of the length of the process and their refusal to host  speaker programs where individuals such as Humanzor can discuss their experiences. “I kind of lost hope,” she recalled. It was not until her supervisor suggested that Humanzor try the WRC at UCR. After sharing her story with Romanie Arterberry, the student life and development specialist for the WRC, the program was in the works and scheduled for April. Unfortunately, it had to be moved to May due to the many programs that were already planned for Sexual Assault Awareness Month.

After moving the program’s date, Humanzor almost stopped the program due to anxiety about potential reactions. Humanzor even kept the program a secret from her coworkers to avoid being asked questions about her past and to avoid a potential cancellation. Humanzor was nervous as she watched people walk into the room, but with the support of Arterberry, she was able to feel comfortable.

After recounting her experience, Humanzor learned from some of her coworkers that they had also gone through similar situations and had stayed silent. The positive reaction reaffirmed Humanzor’s belief that she did the right thing by creating “Survival.” “People think that (survivors) care about what people think about us so much that we’d rather just be quiet about it,” she explained. Many women have also gone to Humanzor days after the program to ask for advice on their situations.

When talking about violent relationships, Humanzor advises her audience to never ignore the red flags and to try to get out of toxic relationships. She discussed some warning signs she noticed among the college students who shared their complications with her. Humanzor elaborated, “They have to send (their partner) pictures of where they’re at to prove that they’re there, give (their partner) their phone to check calls; (The partner) making their decisions instead of them doing their own decisions.” These rules and expectations, she explained, are typical indications of a controlling and unhealthy partnership.

Humanzor is preparing for her second program in collaboration with the WRC in October for Domestic Violence Awareness Month. In this second event, she will share her story once again with a wider audience and with those who could not attend her first program. “(Domestic violence) is not going to stop. That’s something that’s going to keep going for the rest of our lives,” she states. “You have to care about certain things to make a difference. I guess everyone has their own purpose and mine should be something like this.”