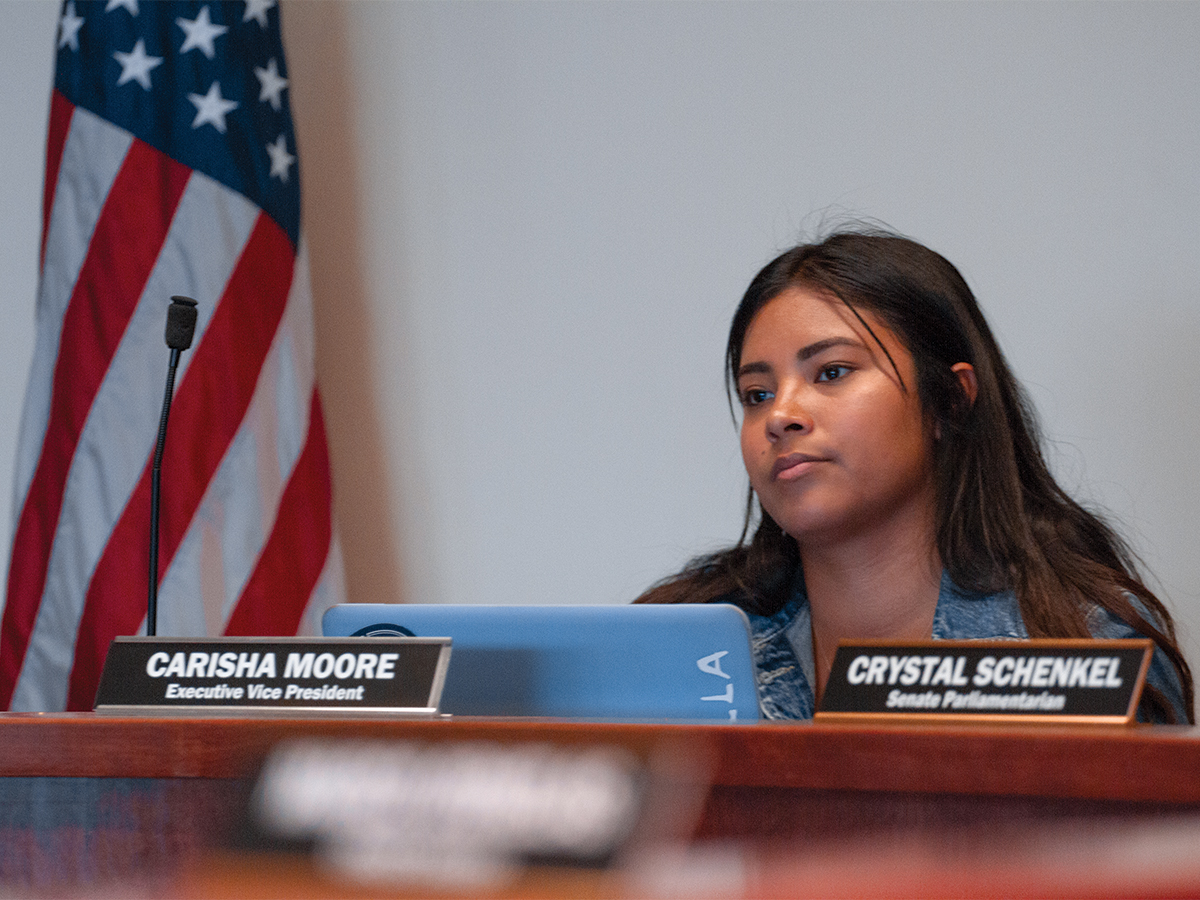 Last week’s ASUCR meeting kicked off by calling attention to the controversy surrounding Wajeha Mahmoud’s election to the previously unfilled CNAS senatorial seat. Mahmoud was elected to fill the CNAS senatorial seat in a special election that took place on May 22. Heidi Awada, the general advocate of the ASUCR Judicial Council, claimed that a student must have attended UCR for at least three academic quarters before becoming an ASUCR senator, while Mahmoud has only been a student for two.

Awada stated, “Her appointment to ASUCR is considered unconstitutional and this was a unanimous decision by the judicial branch.” Awada stated that the council was made aware that there was a meeting among the 2018-2019 ASUCR senate, which the judicial council ruled was unconstitutional according to Article 3, Section 8. The section states that next year’s senate does not have the power to meet until the day following commencement, which means that everything discussed at that meeting is considered void. This concluded Awada’s judicial report. Awada did claim that during their meeting, the judicial council discussed amending Article 3, Section 8 in order to make it easier for transfer students to be elected to senatorial seats.

During public forum Dean of Students Joe Virata invited the senate to come out and listen to public presentations made by candidates running for the position of Vice Chancellor of Student Affairs as well as Dean of Students. Virata emphasized the importance of these positions, stating that “it’s very important that you as students have input on who fulfills these positions.” Virata also addressed ASUCR’s meeting with Chancellor Wilcox on May 8 in which students expressed their concerns over the failure of the Highlander Empowerment Student Services Referendum. Virata claimed that the Chancellor has set up a meeting on Saturday, June 3 with students who wish to know what commitments he will be making in order to address student concerns over Costo Hall funding.

Miguel Ramirez also took the stand in order to speak on behalf of CALPIRG and discussed their success over the school year. He acknowledged many campaigns that CALPIRG has focused on this year, such as the 100% Renewable Energy Campaign, and Affordable Higher Education Campaign.

Jose Cortez-Hernandez, ASUCR Vice President of Finance, claimed that he was proud of his office’s significant revision of the finance bylaws. His office freed up $18,000 worth of funds which was being allocated to clubs that were no longer active. Cortez also stated that he helped create the budget for R’Gear, however he stated that he did not wish to take full credit for the initiative, stating that he only worked on portions of it.

Executive Vice President Carisha Moore spoke of her office’s efforts to provide legal assistance for victims of sexual harassment, receiving funding for CARE, an intervention and prevention support program dedicated to ending sexual violence, and revising the Title IX policy at UCR. Transfer and Non-Traditional Student Director Maria Chavez discussed her successes with transfer students. She stated that she had the pleasure of working with Student Life and CHASS First, which she claimed was a big accomplishment for her and collaborate on core events with them. Connie Wi, the Marketing and Promotions Director, expressed pride over her team’s work on designing R’Gear.

Mariam Alkhalili, who was not in attendance for the meeting, proposed the creation of a session during ASUCR meetings that will allow students to delegate ideas to elected officials. Fifteen minutes will be allocated to this session but no more than 30 minutes to ensure the efficiency of this meeting. Elected officials cannot engage or intervene with the students and must only listen. The motion passed 6-0-1. An amendment was also made to assign a marketing director to the R’Feed Committee, since the committee never had one in place. The motion passed 9-0-0.

During officer reports, each officer highlighted their accomplishments or lack thereof throughout the 2017-2018 school year. Semi Cole, ASUCR Vice President of Internal Affairs, highlighted that his office successfully facilitated the creation of the R’Closet. His office also held a mental health panel which was meant to draw attention to the mental health issues students face, as well as the Beyond R’Margins Conference which Cole claimed was incredibly successful and something he was very proud of.