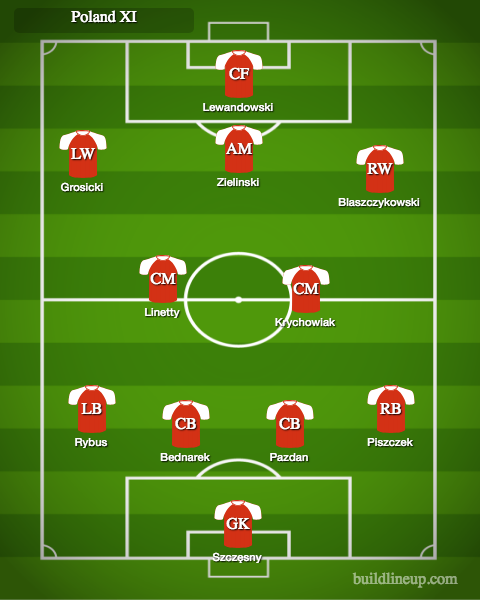 If you know of him, this is probably one of the least surprising picks you’ve seen.  Robert Lewandowski has been one of the most prolific goalscorers in Europe over the last decade, leading Borussia Dortmund to the Champions League final in 2013 and has scored a frightening amount of goals for Bayern Munich since his transfer there in 2014.  What is a frightening amount of goals, you may ask? We’re talking about an average of 29.7 goals per season over the last three seasons in the German Bundesliga.  He once scored five goals within 9 minutes of coming onto a game in which Bayern was losing.  The man is absolutely ruthless in front of goal and will be looking to bounce back after having experienced a frustrating elimination to Real Madrid in the UEFA Champions League.  Poland are more than fortunate to have him leading the attack this World Cup.

Yes, his name is as difficult to type as you found it to read.  Let that further prove the value he brings to this Poland side. The 32-year-old winger has spent nine seasons at German Bundesliga giants Borussia Dortmund, accumulating 197 appearances in the making and cementing himself as a fan favorite in the process.  He and compatriot Lewandowski were both part of the 2013 Dortmund side that made the Champions League Final.  Internationally, he has a wealth of experience having been named the Polish footballer of the year twice and he also captained the team in the European Cup 2012.  He is reliable and will be looking to link up with Lewandowski in his team’s attempt to make some noise in this year’s edition of the World Cup.

Prediction: 2nd in group, eliminated in round of 16