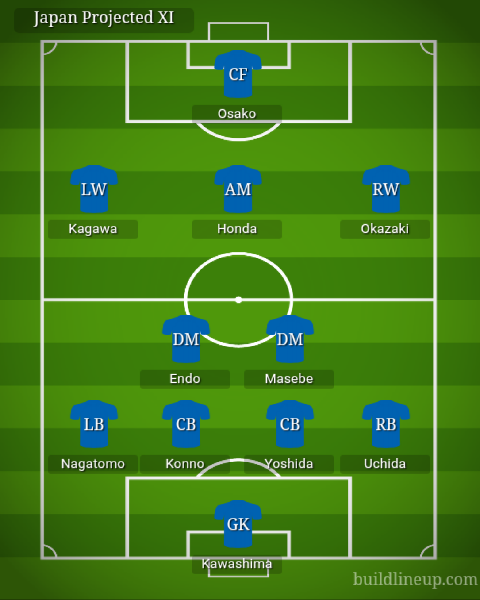 The 29-year-old attacking midfielder has had a career with ups and downs, and it is no secret that he has not been able to replicate the form that earned him his move to Manchester United in 2014.  However, he truly has been a leader in this Japan side during the qualifications for the 2018 World Cup, and managed to score 6 goals on the road to Russia.  Adding to that, in the 2015 Asian Cup, he had a goal and an assist in four matches for Japan.  Kagawa has quality and while his injuries have slowed him down from what he once was, he is clever on the ball and will be a major asset to this Japan side, as he always has been.

Yuya Osako, 28,  is widely known as a talented player for Japan.  He is very tidy with the ball and retains possession very well from the front, which will make him a very key asset to Japan’s World Cup efforts.  He has scored 7 goals in 29 international appearances and has become a fan favorite for Japan’s fans.  He contributed 4 goals and 2 assists in 25 matches for the relegated FC Koln and will be hoping his fortunes turn this summer at the World Cup.