Highlander
Home Radar Things to catch up on over summer vacation 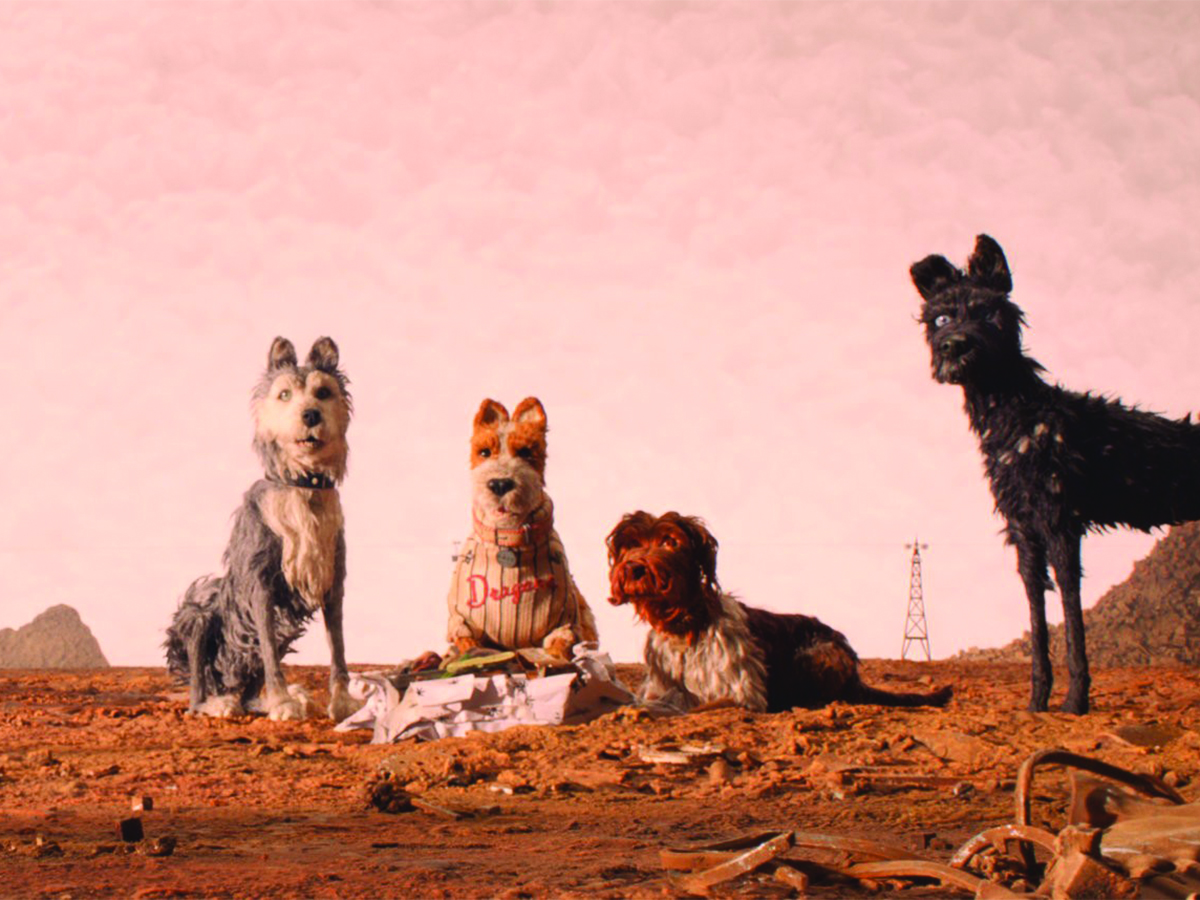 School’s out for summer and, even with part-time jobs and summer classes, that means a lot of free time for most of us. While you can be responsible and fill that time with studying for the MCAT and being a productive member of society, if you’re anything like me you’ll find yourself lying in bed wondering about your purpose in life. For those of you who identify with the latter, or even those who just want a little something to fill in that gap in your schedule, we’ve made a semi-comprehensive list of some of our favorite movies, TV shows, and anime that you may have missed during the school year.

A sequel to the now over 30-year-old cult classic “Blade Runner,” “Blade Runner 2049” is one of, if not the best sci-fi movies in recent memory. In it, we follow K (Ryan Gosling), a new blade runner who hunts down replicants in service of the Los Angeles Police Department. All is well until K discovers information regarding the location of Rick Deckard (Harrison Ford), a former blade runner who went MIA 30 years ago. What separates “2049” from other sci-fi sequels of last year, like “Alien: Covenant,” is that the film walks the very thin line of being innovative while simultaneously staying true to the feel of the original. “Blade Runner 2049” and its predecessor are far from the same film; however, they still feel connected and integral to each other, as all entries in a good series should feel. With its two hour and forty-four minute runtime, alongside its slowburner of a plot, “2049” is far from a casual watch. Expert cinematography, an amazing soundtrack and world building that creates a beyond-immersive experience all warrant the large time investment.

Smart, compelling and utterly terrifying are all perfect descriptions of Ari Aster’s thrilling masterpiece. Following the death of her mother, Annie observes odd behavior in her young daughter, Charlie. As time goes on, Annie begins to unravel strange and horrifying secrets about her family’s past all while her children experience increasingly peculiar events. In the current age of horror, littered with jump scare-filled and borderline comedic flops, “Hereditary” is a godsend. The camera work in this film is amazing, with more than a few memorable shots coming to mind whenever I think about “Hereditary’”s cinematography. The entire movie is shot in a way that simply feels unsettling. Whereas many horror movies create tension by writing in clueless protagonists who string the audience along to their completely expected demise, “Hereditary” induces anxiety when nothing is happening. There are several moments in this film where I sat in complete silence with my heart racing, unsure of what was to come next. With an unnerving atmosphere, masterful subtlety and fantastic performances from Alex Wolff and Toni Collette, “Hereditary” is a treat for horror’s hardcore fans and sceptics of the genre alike.

From award winning director and writer Wes Anderson comes a quirky yet heartfelt tale of a pack of exiled and diseased dogs with aspirations to return to their former glory as house pets. Add in Atari (Koyu Rankin), a young Japanese boy who crash lands on their island home in search of his lost dog, Spots, and you have a quest-turned-redemption story that the entire family can enjoy. Sporting masterful writing and dialogue, there is hardly a scene in “Isle of Dogs” that I found boring; one particular three to five minute exchange between Chief (Bryan Cranston) and Nutmeg (Scarlett Johansson) early on is simply mesmerizing. Even scenes that I expected to slow down the pace, such as the more exposition-based Japan moments, had something new to show to keep my interest. Filmed entirely in gorgeous stop motion animation, and featuring voice talent from the likes of Bryan Cranston, Scarlett Johansson and Bill Murray, “Isle of Dogs” is truly a spectacle of filmmaking.

You know it, you’ve heard about it and the hype surrounding it–Marvel Studios’ tour de force: “Avengers: Infinity War.” Despite the incredible high regard that this film is held in, don’t be mistaken, it’s far from the best Marvel film; one of the top five is probably a more fitting title. However, with that in mind, “Infinity War” is still an incredibly ambitious film that mostly accomplishes the enormous task set before it. Everyone is here, with an enormous main cast consisting of all your favorite heroes seeking to stop Thanos (Josh Brolin) from gathering the Infinity Stones and bringing destruction upon the universe. Like “Blade Runner 2049” it’s a long watch, clocking in at two hours and forty minutes, but it feels far from drawn out. Every scene has a purpose and not a moment is wasted during this rollercoaster of an experience. With the blockbuster actors you know and love, exciting action sequences and more than a few jaw-dropping moments, “Infinity War” is a shining example of what superhero movies should strive to be.

With its third season currently underway and already receiving endless praise from fans and critics alike, now’s as good a time as ever to start watching “My Hero Academia.” The premise is simple: Izuku Midoriya is a powerless child born into a world full of superheroes. Despite these limits, he still strives to become the number one hero. With the help of his mentor, All Might, and the friends he makes along the way at the prestigious U.A. High School, Midoriya comes closer to accomplishing his goal. Whether it’s the extremely high stakes and powerful emotion, or the simple visual spectacle of watching two superpowered characters going all out, each of the masterfully choreographed fight scenes are memorable in their own way. Colorful and exciting animation from Bones, alongside a ton of likeable and unique characters, make “My Hero Academia” a great anime for longtime fans of the shonen genre as well as newcomers to the medium as a whole.

For who have been searching for their fix on a moe show about cute anime girls doing cute anime things, there’s the soft 12-episode relaxation fest that is “Yuru Camp.” A loner and outdoor enthusiast, Rin enjoys her time off in the isolation of the wilderness, that is before the oblivious and loveable Nadeshiko finds herself stranded, with Rin as her only salvation. After bonding over ramen and a campfire, the two girls feel the sparks of a friendship which Nadeshiko eagerly fans as Rin keeps her distance. Enamored by her experience with Rin, Nadeshiko joins the local Outdoor Activities Club shortly after. The series follows their various exploits as they seek to enjoy the wilderness together, while Rin learns that sometimes it pays off to make a few friends along the way.

Breathtaking animation, an extremely emotional story and a standout protagonist are just a few of the reasons to pick up “Violet Evergarden” over the summer. Easily the best anime of the winter season, the series follows Violet, a former child soldier who seeks to find the meaning of love. Along the way, she’ll encounter a diverse cast of characters, each of whom teach her lessons on emotion in what ultimately amounts to a glorious exploration of the human spirit. Like most critically acclaimed anime, “Violet Evergarden” is praised for its beautiful animation but what causes this series to stand apart from others like it is how it chooses to use this animation. This series has a way of creating landscapes and environments that feel fantastical and distant, while simultaneously feeling intimate and real. Once you’ve gotten a taste for the world of “Violet Evergarden,” you won’t want to leave anytime soon. For anyone willing to invest in 13 episodes, as well as some tears, “Violet Evergarden” is a must-watch.

A goofy and lighthearted mockumentary, the Netflix original series “American Vandal” follows Peter and Sam, two amateur filmmakers who seek to solve the crime of the century at their local high school: “Who drew the dicks?” Following the vandalization of faculty vehicles in the school parking lot, our pair of students roll the camera and attempt to get to the bottom of a rabbit hole that goes surprisingly deep. Despite being an obvious parody of the true crime genre, by the time I reached the third episode, I was completely immersed and invested in getting to the bottom of who the culprit was. From the stoner kid who may, or may not be, a scapegoat to elaborate ways that last year’s summer camp and a house party connect to every potential culprit’s motive, this series will keep you guessing till the final episode. With tons of stand out and hilarious bits, “American Vandal” is the perfect comedy to invest your time, and far too much of your deductive reasoning, in completing.

The fourth season of “The Flash” has recently been added to Netflix and with the implementation of some promising new elements, as well as some old ones that initially drew in the fanbase, the series continues to be an enjoyable watch.

The show is still loaded with cringe, whether it’s the bad acting or just cheesy dialogue, but that’s been a consistent problem throughout the series. As in past seasons, the actual plot and fun, action-packed scenes featuring The Flash make the grind through these painfully awkward parts rewarding and worthwhile.

This main issue aside, season four does a great job of getting viewers attached to new characters such as metahuman Rebecca Sharpe, whose power is being extremely lucky, and Ralph Dibny, a former private investigator-turned-superhero. A huge upside of season four is that for once, “the fastest man alive” isn’t facing off against another evil speedster who is, to no one’s surprise, actually faster than him. Instead the main antagonist is a college professor named Clifford Devoe who seeks to “enlighten” the world alongside his dedicated wife Marlize by negating the impact of technology on society. He attempts to do so by stealing the powers of other metahumans in order to defeat Team Flash and move forward with his plan. All in all, season four still struggles with the same issues as past seasons, but if you can handle the extremely cheesy moments, it’s an easy watch, and a solid show to binge over the summer.