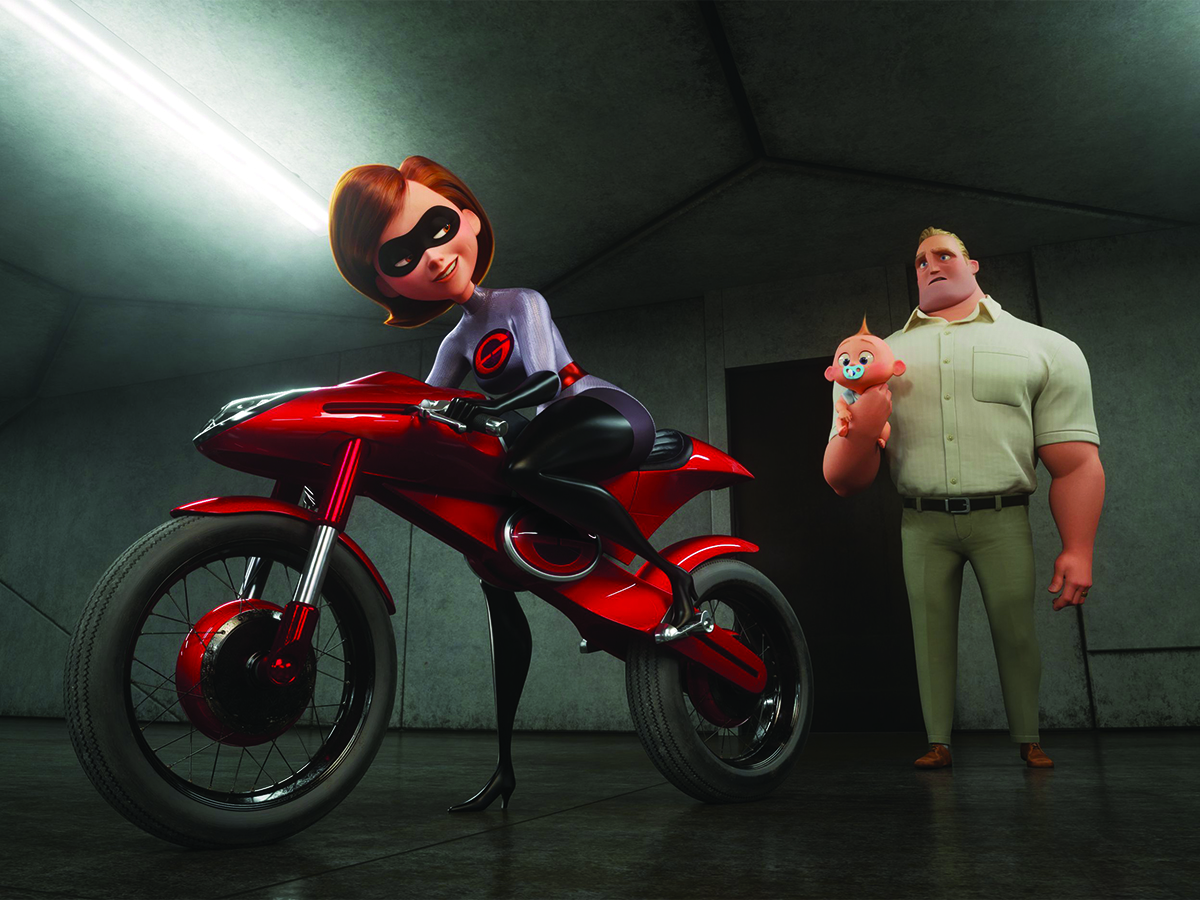 It’s been nearly 14 years since the release of “The Incredibles,” and other than the occasional outcry for a sequel, or the equally sporadic and random influxes of “Where’s my supersuit” memes which served as general reminders of the film’s existence, the desire or even general interest in “The Incredibles 2” was lost to me. When the movie was finally announced, and the hype which followed shortly after ensued, the standard was rather high. Disney is known for award-winning polish and emotional weight that has contributed toward countless fan favorites and classics. The studio, however, also has a rather shaky history with sequels, i.e., “The Hunchback of Notre Dame 2,” ”Aladdin: The Return of Jafar” and “Pocahontas II,” all of which flopped in the box office, as well as receiving low scores from critics. Not to mention that Brad Bird, the film’s director, last directed another Disney flop, “Tomorrowland.” Thankfully, despite a few early signs of a potential failure, “The Incredibles 2” has a solid foundation that follows in its predecessor’s footsteps and preserves the charm that originally led to the franchise’s success.

The beginning of “The Incredibles 2” transitions seamlessly from the events of the first film, and is done in a manner that, despite not having seen the original for at least eight years, my memories of the first returned in a surprisingly vivid matter. This can only be intentional for, as stated earlier, there is an immensely large time gap between the release of “The Incredibles” and its new sequel. Following the introduction, the main premise is introduced, where the roles of the original film are reversed as Elastigirl (Holly Hunter) must now leave to do hero work as Mr. Incredible (Craig T. Nelson) stays behind to care for their three children. As expected, hijinks on either end make both protagonists’ lives interesting and drive the story.

Much like the previous film, “The Incredibles 2” maintains the 1960’s, retro-yet-modern feel that’s a bit difficult to pin down. This is probably the largest factor that contributes to such a seamless transition, even after 14 years. Since the universe of “The Incredibles” franchise is more of a parallel than a direct reflection of our own, the film doesn’t need to awkwardly grapple with the “kids always on their cell phones” trope that we’ve seen movies address time and time again. While we do see the impact of technology, with the ideas of hacking and media control that are associated with the main villain, Screenslaver–definitely social commentary on it’s own– the world of this film is very much independent and free of any thematic constraints or obligations that films set in 2018 tend to have.

That being said, it’s interesting to note the prevalent philosophical undertones of the film which, while admittedly ambitious, don’t accomplish much other than present ideas which the film either actively contradicts or simply doesn’t expand on. There are definitely feminist aspects to this film that can be appreciated; Elastigirl never becomes “Mrs. Incredible” even though either film could have easily taken that direction, Violet never seems to take a backseat role to either of her male siblings (although one could argue that she lacks in screen time compared to Jack-Jack in this film but to be fair so does Dash) and the women save men equally as often as the men save women.

But these were all large aspects of and compliments owed to the first film. All “The Incredibles 2” really does differently is address these ideals a little more, especially during an exchange that, while I admit does contribute to the main villain’s motive, once again, introduces ideas that don’t really go anywhere. There are also takes on consumerism and the idolization of heroes that, as compelling as they are, don’t warrant any further mention since the film shoots both of them in the foot by contradicting them before they even have a chance to sit with audience.

This isn’t to say that “The Incredibles 2” is bad by any means since, frankly, I don’t think anyone short of a media and cultural studies professor is going into this film actively analyzing its deep and political meaning; in fact it’s a great film, regardless of what is an incredibly, no pun intended, minor flaw.

The film remains the same homage to Golden Age comics and superheroes that, while seeing less of the spotlight in “The Incredibles 2,” is definitely not lost entirely. There are more than a few noteworthy moments of comedy, maybe not kneeslappers, but enough to warrant a smile or two from older audience members, especially parents. The plot is solid, as predictable as it is, and makes for a lighthearted and enjoyable watch. And as always, the talented people at Pixar continue to impress with the painstaking detail put into the animation and character models that make the world of “The Incredibles 2” something audiences want to spend more time in.

Verdict: “The Incredibles 2” is by no means a revolutionary sequel that surpasses its predecessor, but has enough quick humor and heart to make it a solid contender for family film of the year.