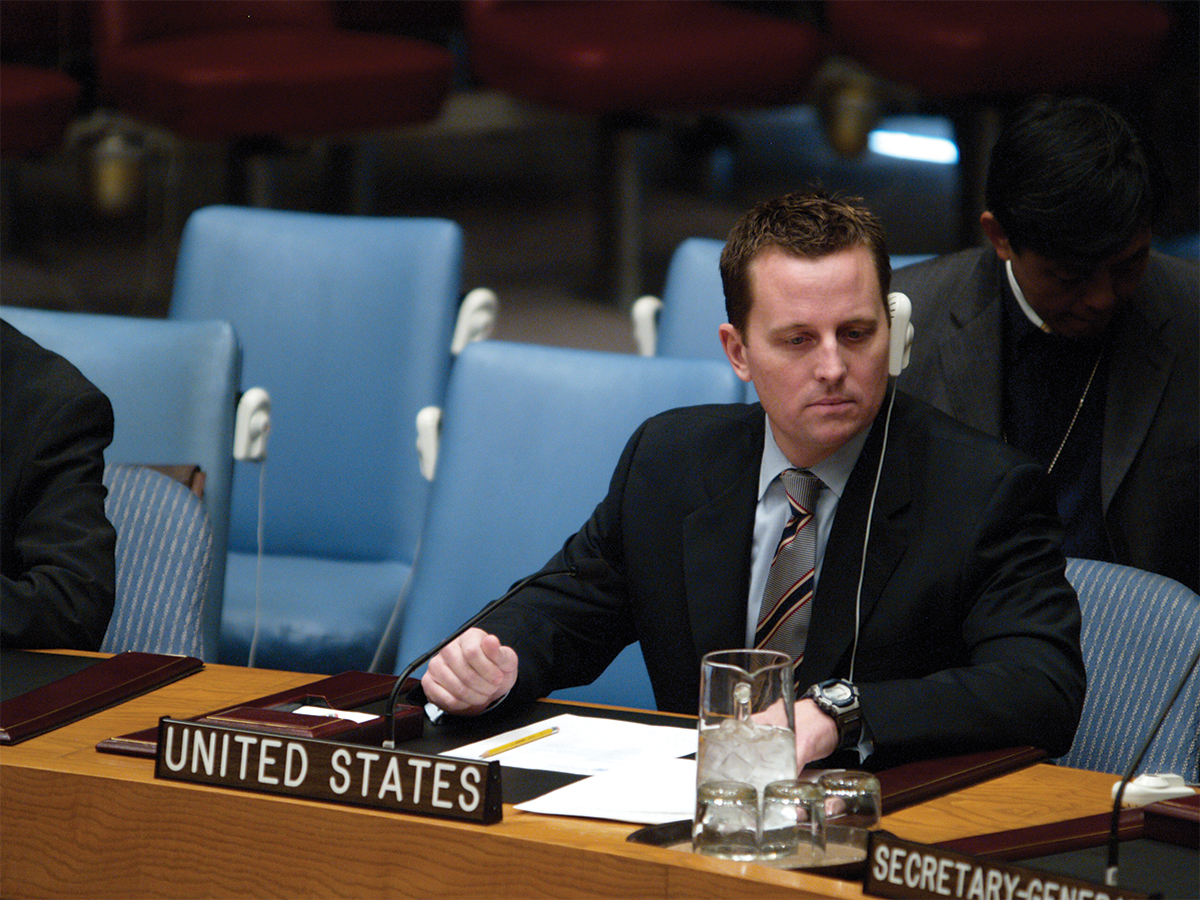 Richard Grenell is not off to a very good start. The newly-appointed U.S. ambassador to Germany has already caused embarrassment and tension twice since his appointment in May, first with threats of sanctions against German businesses trading with Iran and, recently, with a commitment to “empower” conservative movements in Europe.

Despite the admittedly immodest and hostile nature of these comments, Grenell’s attempts to swing a club and dominate European politics are nothing new. Since the establishment of the Cold War world order, U.S. interests and politics have largely directed and informed the path of European politics.

Grenell’s comments that came in a June 3 interview with Breitbart were characterized by the obnoxious presumption that has become the modus operandi of Trump-era public statements. The newly-accredited ambassador claimed to “absolutely want to empower other conservatives throughout Europe, other leaders.” He continued to invoke populist sentiments, hailing Trump’s electoral victory as “(empowering) individuals and people to say that they can’t just allow the political class to determine before an election takes place, who’s going to win and who should run.”

At first glance, this rhetoric seems like regular toeing of the Republican party line. Across the globe the surge of successes for populist, usually right-wing candidates has inspired their co-ideologues and triggered a cascade of support for such parties. Grenell’s comments, however, imply U.S. meddling in foreign politics, and those of allies, no less. And as we all know from recent events (2016, anyone?), foreign meddling in one’s democratic process is a huge cause for concern.

What is surprising, however, is the reaction to this willingness to pull the strings abroad. The U.S., in fact, has been doing this for half a century.

In a shattered, late-1940s Europe, the U.S.’s patronage and dabbling was inevitable. The Marshall Plan’s economic relief was coupled with the establishment of political institutions and military integration. NATO, that hotbed of free-riding and shirked responsibilities (if our president is to be believed), is one such institution. Economic agreements and organizations, including the Bretton Woods consensus, the IMF and the World Bank, are others. The most significant, of course, is the United Nations, the reboot of the League of Nations and the most important arbiter of peace, diplomacy and development in the world today.

Alongside these cooperative establishments came some less-savory interventions. U.S.-sponsored coups across the world, notably in Iran, Vietnam, Congo, Chile and Greece, have shaped the destinies of millions of people, often for the worse. More recently, the existence of vast intelligence sharing agreements and collection operations, both in conjunction with and against U.S. allies, have tarnished the U.S.’s trustworthiness and reputation worldwide.

The existence of a rich tradition of U.S. intervention abroad is not inherently a bad thing. Without the Marshall Plan, the United Nations or NATO, U.S. allies, especially in Europe, may not have stood against the creep of the Soviet Union. Intelligence collection to this day is at least somewhat justified by its effectiveness in keeping threats to liberal democracy at arm’s length.

A valid counterpoint is that Grenell’s comments indicate an intent to undermine sovereignty and democratic self-determination, and directly influence foreign politics, something long considered, at least publicly, a bridge too far. After all, it would be hypocritical for the United States to promote democracy and national sovereignty while undermining its own partners.

Unfortunately, the historical record indicates that this contradiction is all too common in the past. In its role as policeman of the world, America has often overstepped its boundaries and played puppetmaster in the game of foreign internal politics.

The outrage and controversy surrounding a U.S. diplomat’s acknowledgment of his own plans to subvert allied governments is entirely justified. After all, having just experienced the effects of foreign intervention in our sacred democratic process has left a sour taste in the mouth of many an American.

Those watching the surreal drama of modern politics unfold, however, cannot claim surprise at the developments. The only novelty here is the brazenness of Grenell’s acknowledgment. Such bold shamelessness in denigrating our allies is the true cause for concern in a world already marked by increasing mistrust and ill-feeling toward the United States.