Highlander
Home Opinions An Ode of Positivity to the Graduating Class 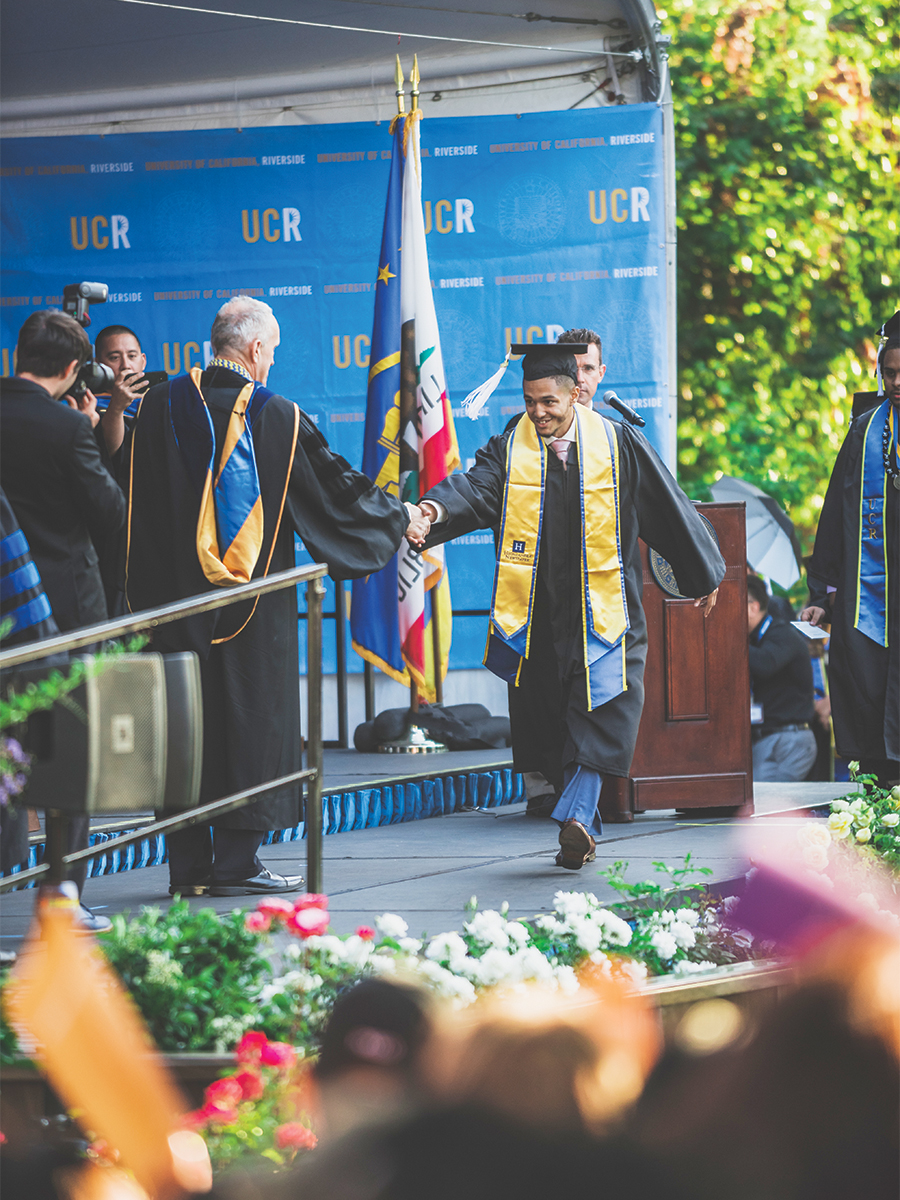 When we begin a new chapter in life there is always trepidation about how we intend to fill all the new space. After all, everyone’s destiny is vested in their own hands. That reality became blatantly clear the first time many of us bombed our first quiz or skipped a class that featured an attendance sheet. Accountability and agency became single-worded mantras that shadowed every waking step. And as this particular chapter comes to an end, it’s even more clear that the road ahead intends to take us on a Highway to Hell with few pit stops in route.

But before we shudder at the thought of a future unknown, we need to first embrace the end of an era that shook the foundations of our scholarly and personal lives to their very cores. If college was tantamount to a significant other that played such a formative role in many of our lives, shouldn’t we want to get closure from experience?  You can never bask in the glory of a new phase without being completely sure you’ve exhausted all of your energy on your last endeavor. So as we anticipate what’s to come, let’s stop for a moment and think about all that we’ve done.

We started off our journeys as fledglings. We all thought we were so grown after high school and felt as though little could stand in the way of our newfound independence. And then we realized college isn’t an institution that specializes in coddling young adults. It’s a living, breathing obstacle course that you must maneuver through with finesse. If you make a slight misstep, you’ll fall behind and have to play an intense session of catch-up. If you leap too far and miss the landing, you may find that the gambit you took wasn’t worth the sacrifice.

Likening college to an obstacle course is not only an accessible way to encapsulate these four years, it enables us to take a look at these last few years of our lives knowing we played the game and won. Or perhaps joking about traumatic events is just a way to cope with whatever comes afterwards. Either way, it’s important that each and every one of us has faith in ourselves for surviving an era that so many other people don’t get a chance to finish, or even be a part of.

Remember how many of us looked at the quarter system as if it was a stark reminder of the rapture? We didn’t understand how on earth a professor could lecture on an entire class’ worth of material in ten weeks. But somehow they did and we went through dozens of quarters defying time and our own sanities. To those who hail from UC schools, 10 weeks now almost feels like 10 hours.

It’s also quite comical to think retrospectively on how many units we needed to graduate. A whopping 180 was a tall order that many felt would be impossible to achieve. But as the quarters dialed down and we averaged a full class schedule, we realized it wasn’t as daunting as we thought it’d be. Although we have the proverbial scars on our identity as proof, they’re at least the scars that mark a survivor.

So many of us come from homes where we will be the first generation to graduate with a bachelor’s from a prestigious research school. Along with gaining eternal bragging rights for our doting parents, we’ll also be equipped with a piece of paper that’ll serve as a small token of all of the arduous work we’ve done. It’s not necessarily a consolation for all the work, but it is a reminder that we completed an era of our lives that would change us forever.

Those who haven’t gone to college love to undermine all that we have to do in a single day, let alone an entire school year. A lot of us juggled extracurriculars like clubs, sports and other activities that diverted our attention from academics. But even with our time slashed and distributed to our social exploits, we always had at least one hand firmly on the books.

If nothing else, college is a no-man’s land that teaches you how to pick yourself back up when you’ve consciously done something to lose your own footing. You can become your best hype-man, or your darnedest adversary. But hopefully what you walk away with is a reflection in the mirror that makes you smile because it’s someone who has come leaps and bounds from where they began.

To those who’ve yet to graduate and have a few more years left, remember to trust in the process. Be content in your successes and failures. Never let any one mistake define how you approach a situation. Savor your successes because there are some quarters where you’ll only have a few. But most of all, have pride in the fact that you’ve embarked on a journey to become a fully realized individual who can fend for themselves, and support your families. Most people only get one chance to do college. And even if you don’t do it conventionally, make sure it’s an experience that’s wholly you.