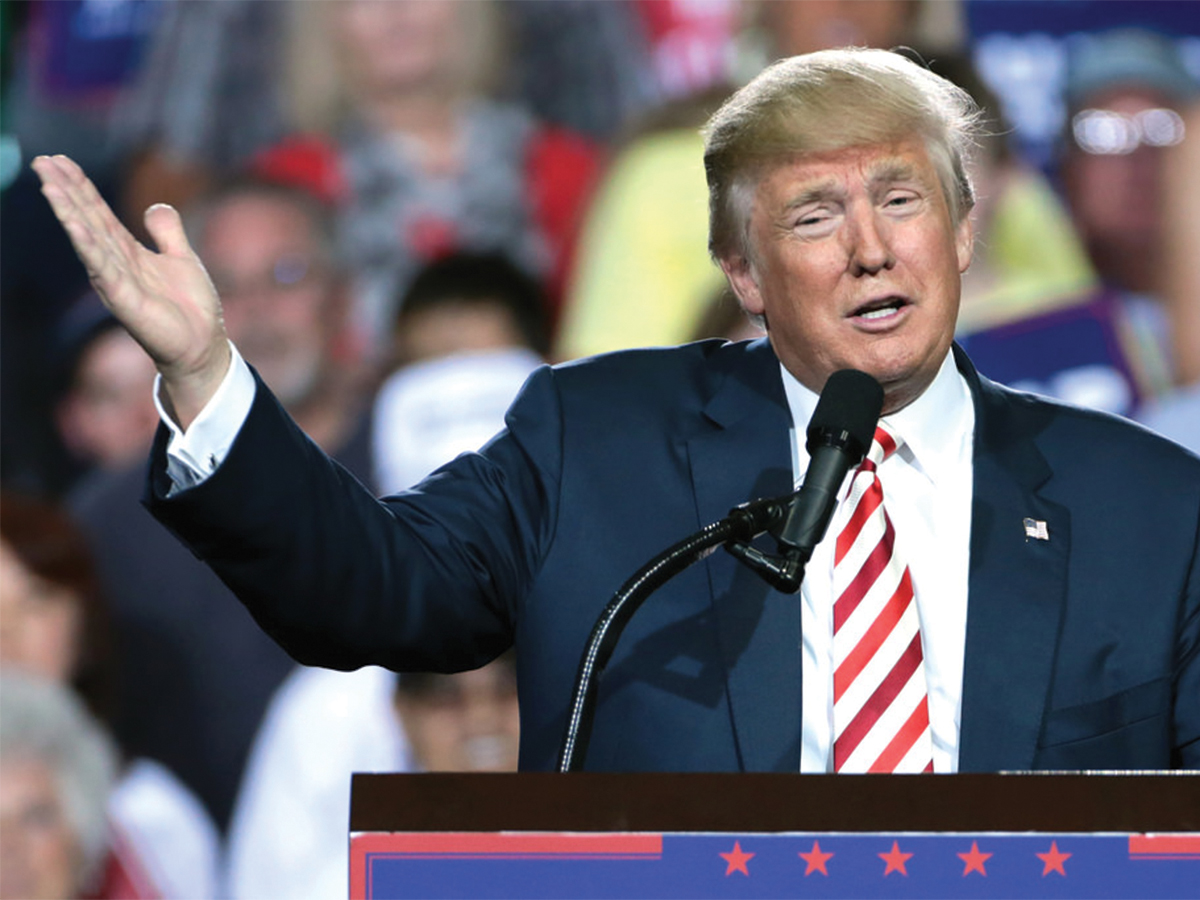 On June 4, President Donald Trump tweeted that he had the “absolute right” to pardon himself, a novel and unprecedented legal claim that he apparently considers his constitutional right. His attorney, Rudy Giuliani, has since claimed that he can “probably” pardon himself, but has no plans to do so. His acknowledgment of the President’s claim served to downplay its seeming unethicality while at the same time acknowledging the lack of legal precedent for such an issue. Although the President may legally have a right to pardon himself, the act would set a dangerous precedent for future cases and result in political fallout with the potential to break the characteristic silence of his fellow Republicans who continuously shove his most controversial actions under the rug.

Before his resignation, President Richard Nixon was advised by the White House Legal Counsel that “under the fundamental rule that no one can be the judge in his own case, the President cannot pardon himself.” Although this has never been tested in court, a close reading of the Constitution may suggest otherwise.

Although not explicit, the action seemingly conflicts with other Constitutional principles designed to constrain executive overreach and preserve a separation of powers. Wary of a return to monarchy, even the founding fathers feared the pardoning powers granted to the President. But because the Constitution does not explicitly forbid it, a case can be made to allow for self-pardoning.

The Supreme Court has never attempted to place restrictions on the President’s right to pardon, a precedent with roots in early Federalism. Alexander Hamilton vowed for its necessity in buffering the humanity lost through “rigor[ous]” law enforcement. His opponents claimed that acts of treason should be included amongst the two circumstances in which pardoning was forbidden – state crimes and impeachment.

The Federalists remained stout, proposing that treason could be fought through impeachment; the President must retain the right to pardon traitors to alleviate the aftermath of rebellion or civil war. As his opponents pushed for Congress to replace the President as the issuer of pardons, Hamilton remained victorious, cementing impeachment as the only tool to combat Presidential violations of “public trust.” Although the right to self-pardon was unmentioned, the framers attributed enough trust to their handiwork that the separation of powers would keep their representatives accountable.

The idea of self-pardoning, while novel, could elicit claims of kingship if permitted, forcing a strict reading of legal documents to reconcile presidential prerogatives with ethical practice. Nonetheless, because it is generally recognized that the president has the unequivocal power to pardon, and that “there are no expressed limitations governing whom the president may or may not pardon,” his right to pardoning himself may be an undesirable reality, except in cases of impeachment.

After hypothetically pardoning oneself, the constitutionality of the decision would be tried in court, providing opportunity to test the foreboding advice given to President Nixon. Not only would its glaring absence from the Constitution be announced, but political fallout will follow regardless of judicial opinion. If the President were to pardon himself, legislators would cry for impeachment. Even if he is found to have that right, legislators have discouraged the deed, noting that “nobody is above the law.” Republican silence toward the President’s administrative reshuffling amidst investigations of collusion between his campaign and Russian operatives has stalled potential mutiny, but their silence inadvertently furthers support for an untouchable executive. Even in theory, this does not entitle free reign for a President to obstruct justice. In the words of President Nixon, “if the President does it, it’s not illegal.” In which case, the alternative of impeachment remains salient as ever.

“Spygate,” as termed by President Trump, began with the 2016 FBI investigation of collusion between Russia and the Trump campaign. Accusing them of abusive surveillance, the FBI countered by claiming that lawmakers’ incessant requests for classified documents would leak highly sensitive information. The constant conflict between Republicans and the Justice Department has ballooned for years; as the investigation continues, opinions remain divided as to whether the probe itself is constitutional, mirroring the discussion of the constitutionality of self-pardoning. While claiming a constitutional right to self-pardon may circumstantially suggest a modicum of guilt, a potential presidential pardon of his entire administration would sever the entire FBI investigation, forcing investigators to seek to prosecute state-level crimes which the President explicitly lacks the power to pardon.

The President’s right to self-pardon is mired in an ethical debate that conflicts with legal clause. A close reading of the Constitution does not explicitly forbid such an unprecedented display of executive power, but Congress and the Supreme Court retain their roles in balancing power if the President’s authority spirals towards authoritarianism. It is not whether the act itself is unconstitutional, however unprecedented, but that it would be succeeded by a case determining its legality. To ambush the President with impeachment would strip him of his ability to pardon himself. Although the decision – likely to reach the Supreme Court – may be the first of its kind, the consequences resulting from it would be tremendous, forcing the Republicans to eject from the plane whose pilot they continue to silently support.