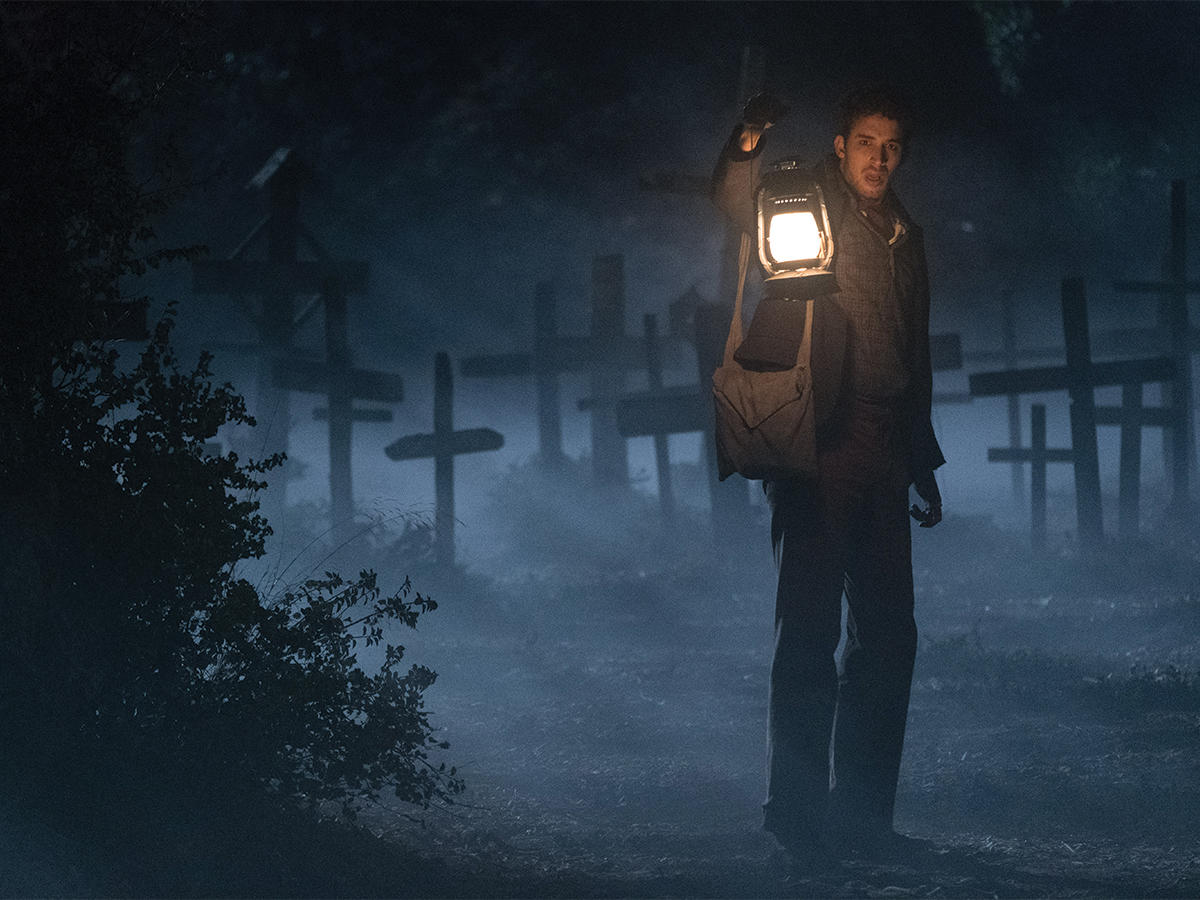 One of the most inconsistent yet interesting modern movie franchises has to be that of James Wan’s “The Conjuring,” and its respective sequel and spin off titles. The first film, which was released more than five years ago, received critical acclaim and to this day remains one of the few movies to genuinely scare me. So when I first saw a trailer for “The Nun” and was subsequently spammed by its Youtube ad campaign (the one that shows a still painting that shifts into something straight out of r/cursedimages at the last second), I was slightly intrigued. The premise seemed interesting enough, and despite “Annabelle” being a supposed dumpster fire of a film (I never bothered to see it), I had faith that a story which at least had creative input from Wan would be worth the watch.

Unfortunately, I was proven wrong multiple times during just one sitting of this film. And while there are a multitude of things wrong with the film, the production quality is nothing to scoff at. The soundtrack is amazing, and honestly does a better job than the original “Conjuring” at creating a genuinely creepy atmosphere. Not to mention that the various scenes and setpieces that this series has always handled quite well are no different here, even though shots of crosses slowly turning upside down have admittedly lost some of their initial shock factor since the first film. The acting is fine (it’s nothing spectacular but it at least never breaks your immersion, like some horror films) with the film’s first act being equally serviceable.

Where the film really starts to fall apart is when things kick into gear, which is the point at which the titular “nun” stops lurking in the background and becomes an actual threat to our main characters. This is also the point in the film where the actual horror starts (although calling an hour long jump scare fest genuine horror is a bit of a stretch). The practice of using space and lighting to build tension is virtually lost in this film. That’s not to say “The Nun” has any shortage of long, dark hallways – the film just never lets you take any of it in. Whenever I found myself getting slightly nervous at what was happening on screen, I was greeted with a jump scare (it became such a pattern that I got to the point where I was able to predict exactly when said scares would happen).

While on the topic of scares it’s also interesting to note that the nun itself isn’t even particularly scary appearance-wise. Sure, it’s creepy, but a CGI face can only be so convincing. Ironically enough, the painting from the beginning of the film is infinitely more unsettling and terrifying than the actual specter later on.

As for the plot, I was rather underwhelmed. Half the enjoyment of a horror experience is discovering the cause of the events unfolding before the main characters. But rather than revealing this naturally, the film just drops an exposition dump rather early on that really sucks the life out of the side story that was slowly uncovering the mystery. To add insult to injury, a few things are also never made abundantly clear, as I’m still not entirely sure exactly what the nun was, other than some kind of spirit. Take this, along with a few plot inconsistencies, and you have a story that despite its simplicity, still ends up becoming confusing.

At the end of the film, we get a few (less than subtle) nods at the original that tie this film into the expanded universe. And while I can appreciate the sentiment of these spin-offs being connected but not entirely essential to the main franchise, I can’t help but feel that this particular ending only served the purpose of making “The Nun” an even bigger waste of time.

Verdict: “The Nun” isn’t the worst possible horror experience. However, with a less than complete storyline and lack of real suspense, audiences would be better off just skipping it entirely.