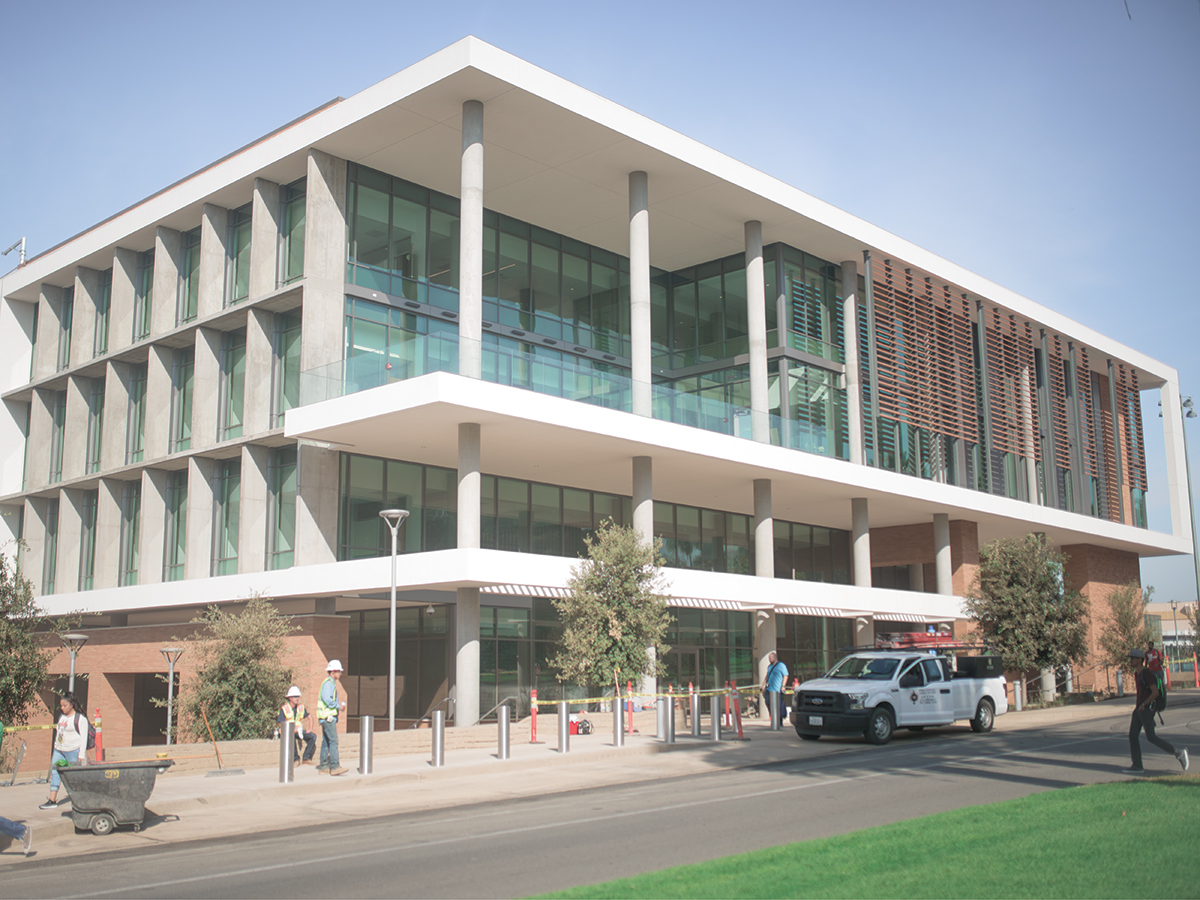 The purpose intended for the MRB, according to Jacqueline Norman, a campus architect involved in the building’s design, is to provide UCR a new center that enables problem-focused research and provides unique research teams, expanded research capability and better scientific outcomes. MRB is the first of its kind at UCR, offering researchers the possibility of cross-discipline research at the intersection of life and chemical sciences, as well as engineering and medicine.

The construction for this building was outlined by the UCR Path to Preeminence 2020 Strategic Plan which outlined a course towards greater academic and research excellence. MRB is one aspect of that implementation, as it will provide research space for 56 new research labs. MRB planning began in 2015. Researchers will begin to move in starting next January.

According to Norman, MRB was planned with flexibility in mind and intended to accommodate emerging research demands over the next several decades. MRB will exemplify UCR’s commitment to environmental sustainability by being the first USGBC Certified LEED (Leadership in Energy and Environmental Design) Platinum building on campus. Norman considers this to be a rather notable achievement, given the sizable energy usage of other research laboratory buildings at UCR. According to its’ website, LEED provides the framework to create efficient and healthy cost-saving green buildings.

Norman mentioned that the building is one of the largest labs on campus. It is divided into two areas: a lab side and a collaborative side comprised of spaces such as conference rooms. A small cafe run by UCR Dining, Hospitality and Retail Services will also be constructed outside of the building.

The Highlander received a first look of the building on a personal tour provided by Norman. During the tour Norman pointed out that UCR’s brick was used on the building, which comes from a local Riverside quarry called Pacific Clay. Norman stated that this brick gives MRB a very special connection to Riverside.

Shaded arcades and shade-inducing baguette fixtures were built in order to combat the sun. Exposed concrete was used in a large part of the interior of MRB such as the flooring. The grand stairway in the center of the room leads to all floors and Norman found it to be the “most dramatic part of the entire building.”

MRB is different than most labs on campus because they will be open labs, meaning that multiple teams will conduct their labs in the same room but at different bench rows. Norman explained that this will allow opportunities for engagement and interaction between each team. Glass walls with doors will separate these labs from the write-up space where researchers can record their findings while still having a connection to their lab space. The third floor of the building has a terrace that faces the Aberdeen-Inverness residence halls.

Multiple multidisciplinary research teams will be conducting research in MRB. These teams include: Data Science Center, Environmental Toxicology Group, Food, Bugs, Guts and Brains, Imaging, Interdisciplinary Center for Quantitative Modeling in Biology (ICQMB), Mind & Brain Health: Neuroinflammation, Neurotrauma and Neurodegeneration, Molecular, Circuit and Behavioral Mechanisms of Neurodevelopmental Disorders and Systems Biology of Infectious Disease. The relocation of these teams into the MRB releases space in other UCR labs for new hires, according to Norman. Norman stated that this is part of Chancellor Kim Wilcox’s initiative to hire 300 new employees.

MRB is contracted by Hensel Phelps, one of the largest general contractors and construction managers in the United States, and was designed by SmithGroup, an American architectural, engineering and planning firm, in collaboration with UCR Architects and Engineers.