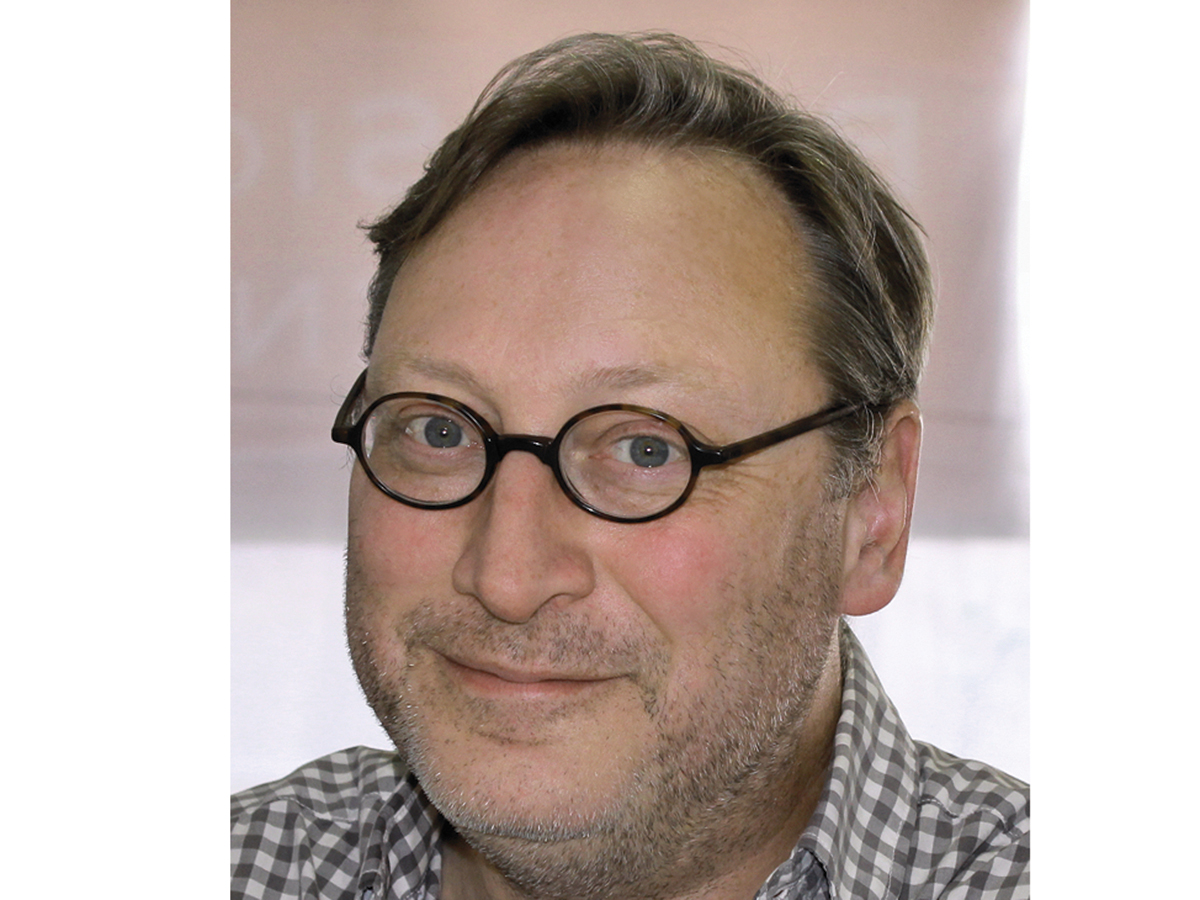 When M.T. Anderson wrote “Feed” in 2001, he did not expect his predictions about smartphone culture to come true. Almost two decades later, Anderson’s book resembles reality more and more closely. Dealing with themes of consumerism and the integration of technology into our daily lives, “Feed” was the focus of the first of UCR’s new Open Book Series lectures, which introduces current authors and their work within a discussion of contemporary issues.

The event, which took place on Sept. 25, was coordinated by Residential Life, CHASS Living Learning Community and the University Writing Program (UWP), who partnered to bring the author to discuss his work.

Elizabeth Hagen, Resident Director of Aberdeen-Inverness (AI) Residence Hall, explained how the partnership between the CHASS Living Learning Community in AI and University Writing Program came from a desire to facilitate a common reading experience for students and expand it to become an annual program. When she was a student, Hagen loved the common reads her alma mater, Ohio University, would host.

Matthew Snyder, a lecturer for the UWP, introduced Anderson. Snyder grew up before the internet became popular and feels that current college life is missing the sense of connection with books. “People at my school would be reading books on the lawns of the university. How do you recreate that sense of kinship with books?” Snyder said. The answer was to start a book series where contemporary writers would be invited to speak on important topics.

Building on the themes in his work, Anderson addressed the the crowd at UNLH 1000. “This is going to be a moment when you should be thinking: what do you want your world to look like? Technology is going to play a role in that,” Anderson explained.

Anderson opened up the event by mentioning Intel’s 2010 prediction to have chips in people’s heads by 2020. While Intel had a basic everyday use of chips in mind, Anderson still found it interesting how a major U.S. corporation was thinking about the usage of chips in such a direct and invasive way. “It still shows that we are getting to this point where our thoughts can be read,” Anderson elaborated. “We will no longer have a capacity to keep secrets.”

Anderson also discussed the ways in which technology muffles our sense of reality. Our trust of navigation apps, for example, makes it hard for app users to find their location on a map. “If you use your phone while driving but then lose signal, you will have no idea where you are at,” elaborated Anderson. “Whereas, if you would have used a map, you would have gotten a sense of that territory.”

In “Feed,” the characters have a chip implanted in their head that makes them hear and see advertisements, like pop-up ads. Anderson explained how this reflected the advertisements he saw as a teenager. “I thought (of all this technology stuff) as a kind of science fiction joke,” Anderson began. “As a teenager, I didn’t need a chip in my head. I already had the voice of advertising talking to me all the time saying to me: ‘This is what you need to be beautiful. This is what you need to be popular. This is what you need to be loved. You are not right if you do not want this.’” Anderson felt there was something sinister and creepy about those constant messages that soon begin to be replicated within our head. When Anderson turned 30 years old, the advertisements broadcasted to him changed from playing on his teenage angst to idealizing a wealthy, suburban family life, complete with a picket fence. “I would feel guilty for not wanting the things that I’m supposed to want.”

Anderson read the first chapter of “Feed” before taking audience questions. He concluded the talk by speculating about the future. “By the time you get old, there’s a possibility that once again there will be two species of humanoid on the Earth,” Anderson pondered. “One will be enhanced in various ways that have powers that seem almost god-like and one will be like the rest of us who do not have that. What will that mean to have that kind of divide again?”

Anderson’s “Feed” is available in bookstores. “Feed” will be assigned and discussed in some English 4 and English 1A courses at UCR this fall.