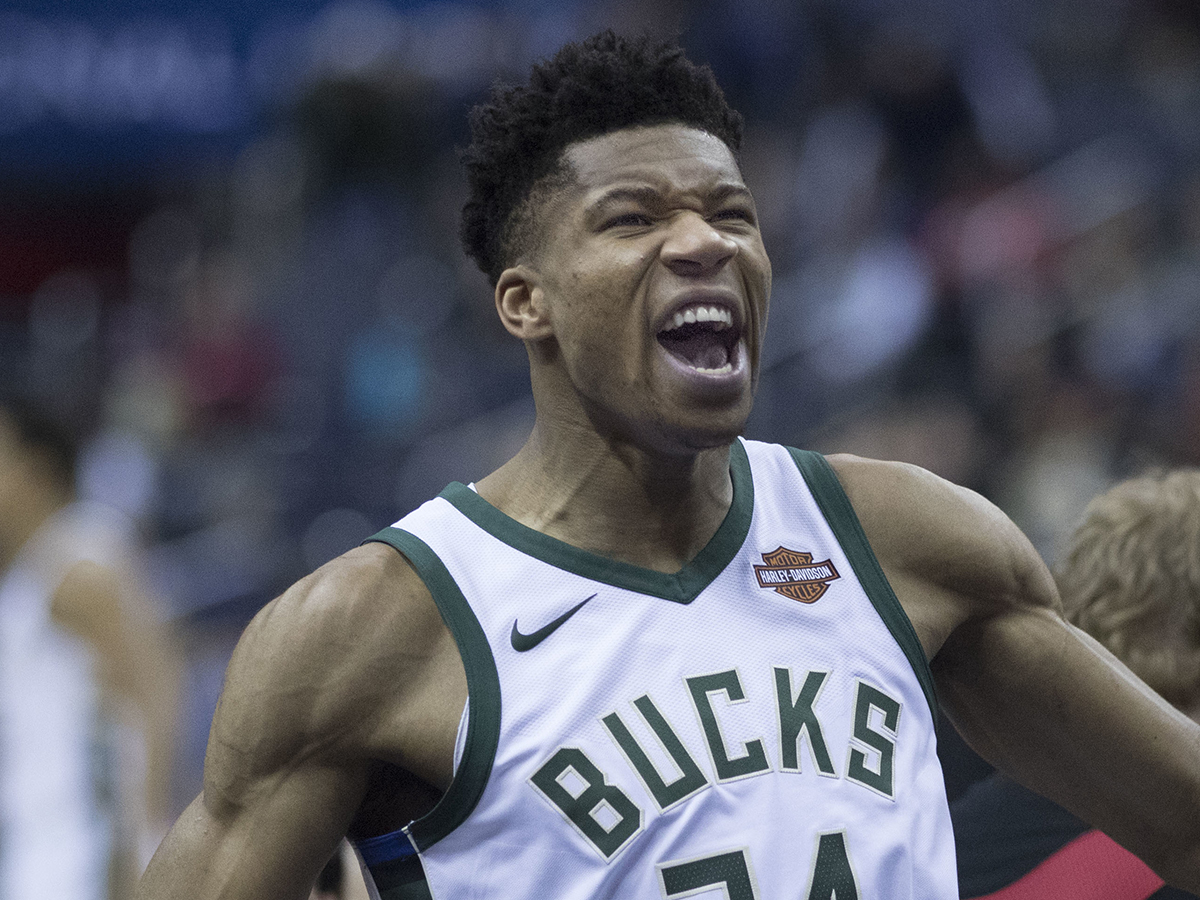 There are many worthy candidates to win the NBA’s Most Valuable Player award, including Steph Curry, Kevin Durant, LeBron James, Russell Westbrook, Anthony Davis and reigning MVP James Harden. None of those players, however, will be accepting the title of MVP at the annual NBA award show. Steph and KD will split too many votes. LeBron has the narrative of going to the Lakers but he will probably take games off, whether physically or mentally, to preserve his body for the playoffs. James Harden will clash with Melo leading to a decrease in wins. AD and Russ will have the stats but not enough wins to be in true consideration. Instead, the MVP will be given to Athens, Greece native Giannis Antetokounmpo.

Giannis, the “Greek Freak”, is coming off the 17-18 season with averages of 26.9 ppg, 10 rpg and 4.8 apg. He proved to be a dominant force, and led his team in all five major statistical categories which led to him being named to the All NBA second team. He was even named the cover athlete for the NBA 2K19 game, becoming the first international player to achieve this honor. His team, however, finished the season in the seventh seed with a 44-36 record in the Eastern Conference and lost in seven games to the Boston Celtics.

But this upcoming season will be an even bigger year for Giannis. After a mediocre season with Jason Kidd in charge of the team, the Bucks went in an entirely new direction and hired Mike Budenholzer as the head coach. He is best known for being an assistant coach under legendary coach Gregg Popovich and the San Antonio Spurs as well as leading the Atlanta Hawks to 60 wins back in 2014-15. Bud’s new offense will open up more spacing and ball movement which will enable Giannis and his teammates to get easier shots. The Bucks also acquired former All-Star Brook Lopez and drafted two-time NCAA champion Donte DiVincenzo from Villanova. Lopez has really expanded his offensive game over recent years, and has developed into a reliable three-point threat. Despite making only three three-pointers in his first eight NBA seasons, he made a total of 246 three-pointers in the past two seasons. Donte also has the reputation of a three point marksman himself as he converted on 40 percent of his three-point shots at Nova. These new teammates will give Giannis more opportunities to gather more assists and score easy buckets.

The only major flaw in Giannis’ game is his inability to make threes, as he only converted on 30 percent of his triples. But with his strong work ethic and dedication to basketball, he spent countless hours at the gym improving his jump shot. Giannis was even able to spend some of those workouts training with basketball legend Kobe Bryant. With LeBron James heading to the LA Lakers, the Eastern Conference is wide open for anyone to make the finals. There is nothing stopping Giannis from putting up monster stats again, leading his Bucks to the finals and capturing the NBA’s most prestigious individual award as the league’s MVP.