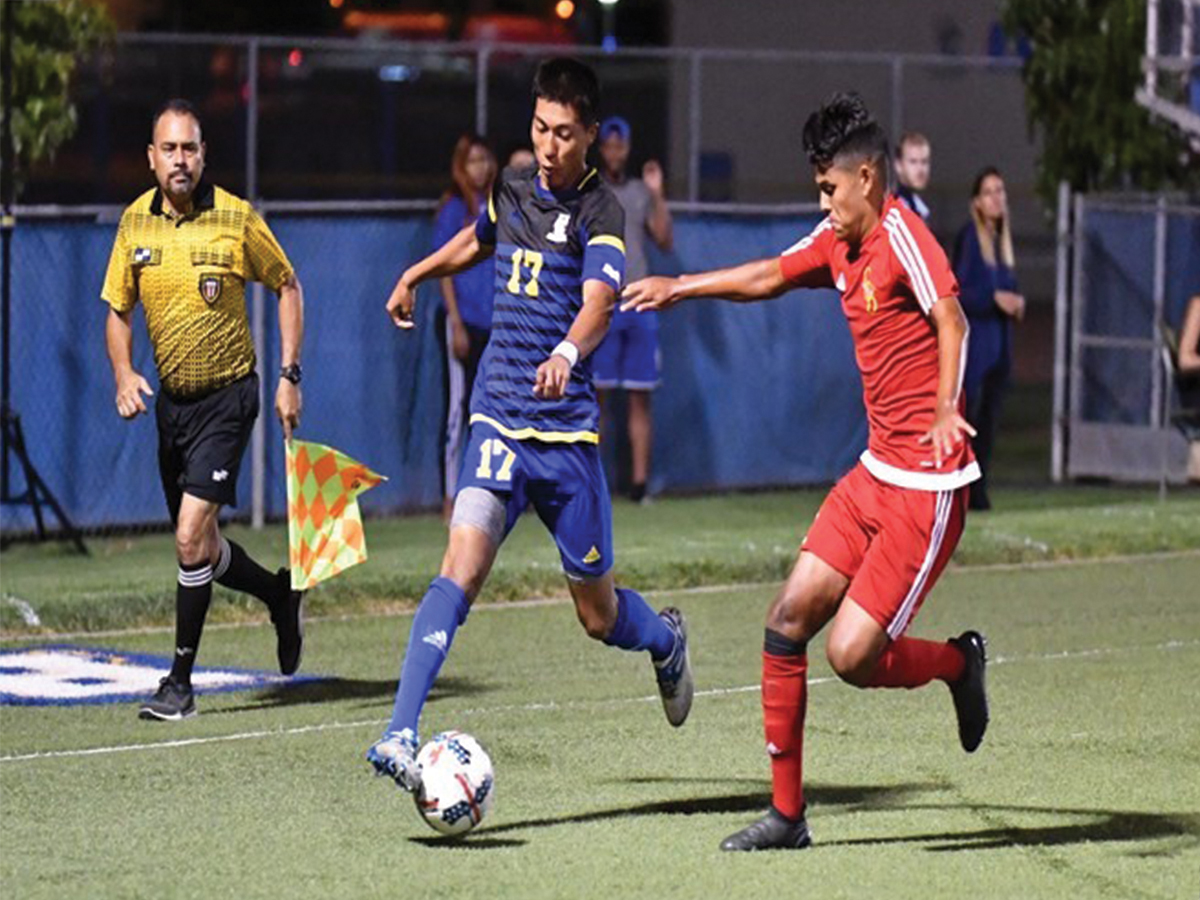 Both teams were seemingly trading yellow card and eventually red cards at the end, totalling 10 cards given on the night. UCSB was issued six while UCR’s players saw four.

The two teams went scoreless for the first 75 minutes of play, with UCR only allowing two shots on goal throughout. In the 76th minute, the Gauchos were charged with a foul that gave UCR the opportunity to get on the board with a penalty kick. The Highlanders chose leading scorer, sophomore midfielder Daniel Aguirre, to fire away, and he was able to find the back of the net. This marks Aguirre’s fourth goal of the season, adding to what has been a stellar season for the second year.

Riverside outshot their opponent 13-5, and also had five shots on goal compared to Santa Barbara’s two. Junior Edwyn Gutierrez added two saves on the night, marking the goalkeeper’s fourth win of the season.

The victory splits the season series at 1-1, as UCSB beat the Highlanders 3-1 at Santa Barbara on Aug. 26. The Highlanders latest win places thema game above .500 in conference play, with the team now standing at 2-1 in Big West games. This positive start to the conference season was needed for the team after starting 2-7-1 in non-conference games. But Head Coach Tim Cupello wasn’t discouraged by the rocky start to the season.

Via gohighlanders.com, Cupello said, “We have stayed true to who we are all season. We were able to stay poised and learn from each matchup — now we’re three games into conference and will continue to get better.”

UC Riverside plays their second-to-last home game against No. 25 ranked UC Davis this Saturday, Oct. 13. The last time the two teams played was in Riverside last season where the Highlanders came out on top with a 2-0 win.