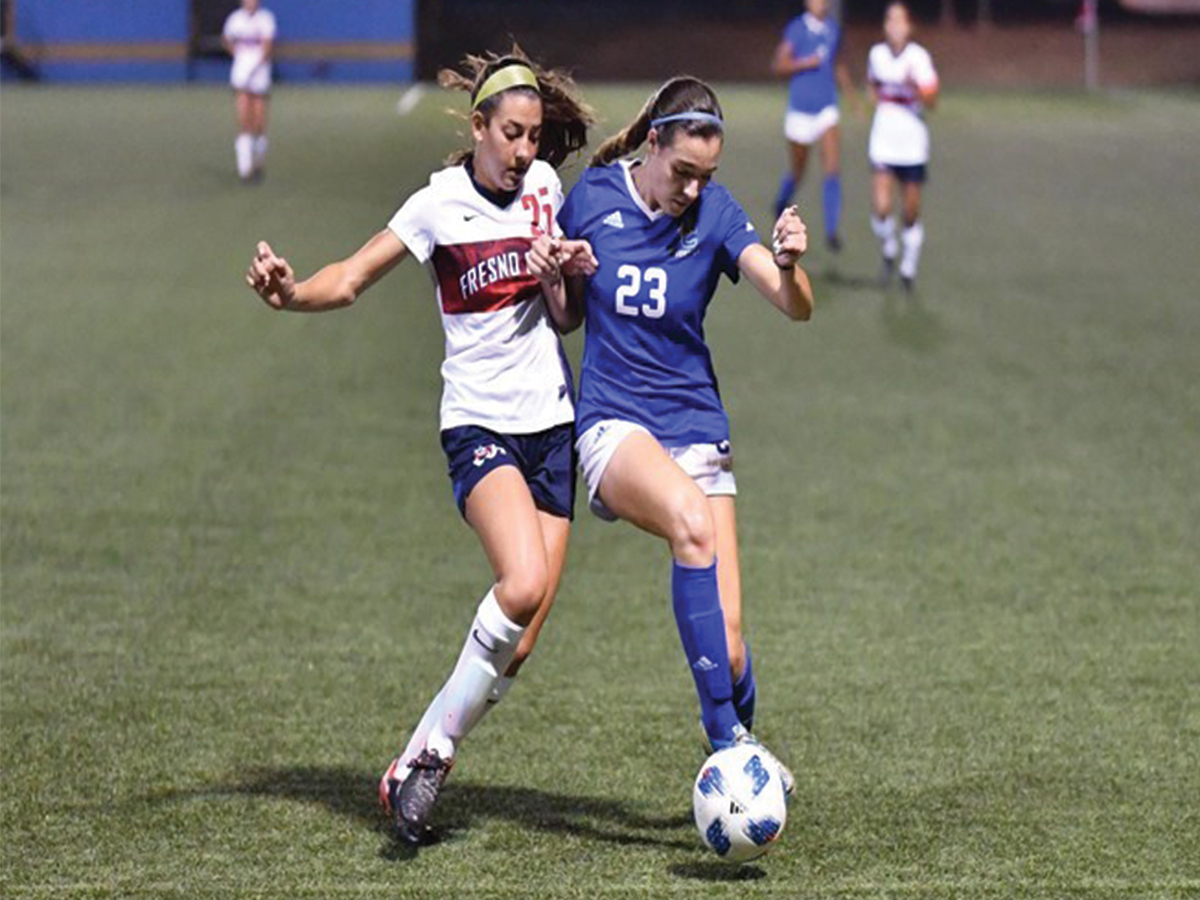 In a back-and-forth match against UC Irvine (7-5-2, 3-0-1), the UCR women’s soccer team tied at home for the second time in a row. The Highlanders (10-1-3, 1-1-2) tied on Thursday, Oct. 11, after a series of double overtime; Riverside had also previously tied in double overtime against Cal Poly Pomona who UC Irvine managed to beat four days prior.

After failing to get on the scoreboard in their last two home matches, the Highlanders wanted to regain their confidence in front of the goal and break their scoreless run. The streak was at last broken late into the first half when freshman midfielder Akari Shimizu was able to find senior forward, Darielle O’Brien alone on the right wing. O’Brien was then able to place the ball effortlessly into the keeper’s bottom right corner to give the Highlanders a 1-0 lead two minutes before going into halftime.

Despite not being able to score throughout the first half, the Anteaters were as equally aggressive as the Highlanders. Irvine took three shots and won two corner kicks in the first half. This would only intensify going into the second half, where Irvine was able to amass a remarkable total of five corner kicks. This did not go unnoticed by UCR Head Coach Nat Gonzalez who recognized his opponent’s tenacity, explaining that “They came into the first twenty minutes of the second half ready to make it happen… and it’s hard to defend an aggressive and motivated group that they were.” Given the high amount of corner kicks, the visitors opted for using their aerial strength in the majority of their opportunities. It was no surprise then, that the goal would come from a ball neatly placed in the air by senior midfielder Kelsee Pottorff who found senior defender Shelby Lee and placed the ball into the back of the net.

After UCI’s late stunner, the Highlanders did not stop pressing, and were able to take three more shots. This, however, was not enough and both sides would then face off in double overtime where no team was able to score despite their best efforts. The match ended in a 1-1 draw and continues UCR’s winless run at home for the third game in a row.

Despite the draw, Gonzalez was satisfied with the effort of his team. “We did everything right to win this game,”Gonzalez said. “We are still in the hunt for a conference standing and championship.” The Highlanders will continue their pursuit for a conference championship on Oct. 18 when they will face Long Beach State at home.