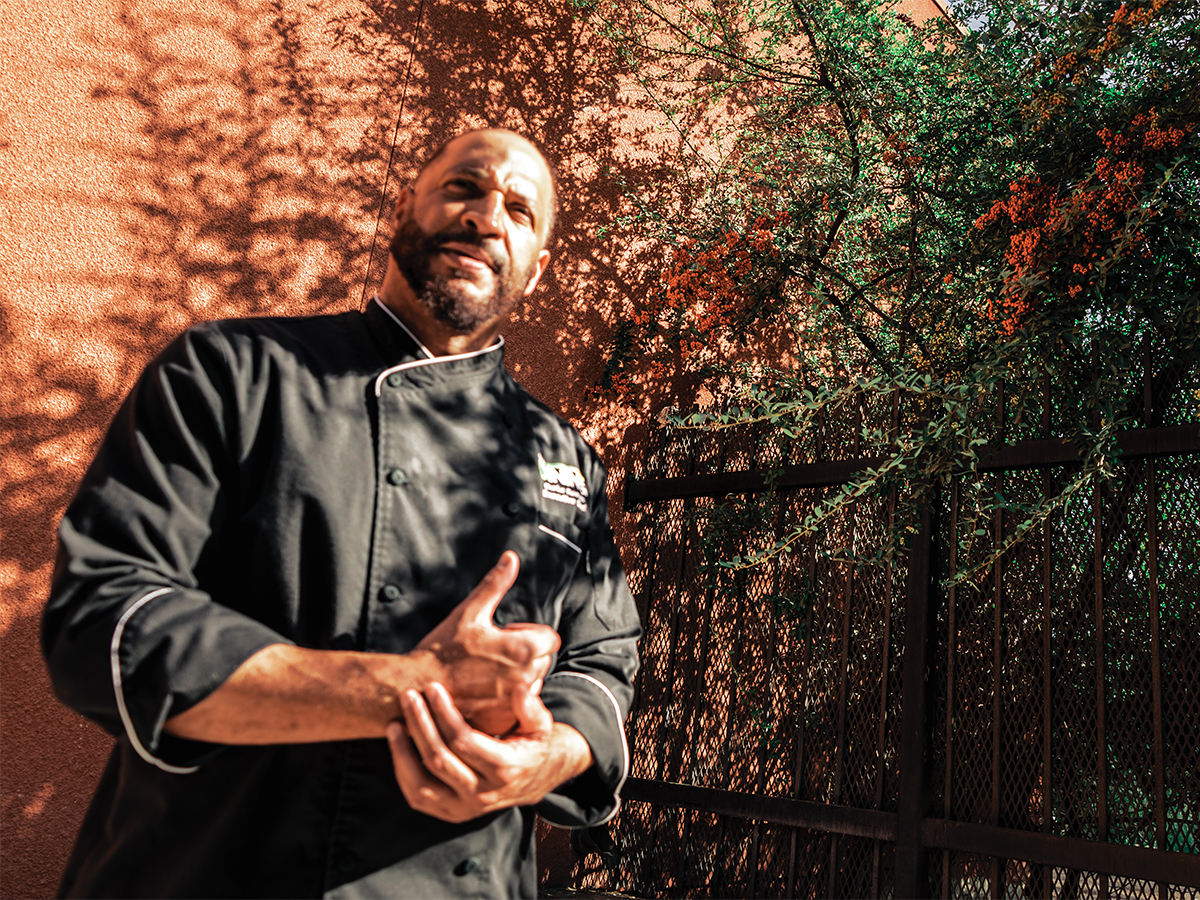 Inside Lothian’s Residential Restaurant, Executive Chef Burke Reeves sings oldies while he cooks. Sometimes when he cooks an omelette, he hears the plate sizzle and begins “vibing” to it. “Culinary Rhythm” is the term he uses for this simple act that lightens the atmosphere in the kitchen. Reeves attributes his showmanship to his past experience as a reggae-style rapper.

Reeves attributes his early love for cooking to his grandmother, Susan Burke, who he was named after. Reeves would join his grandmother in the kitchen, who was a fan of Julia Child, Alice Waters and French cuisine. Reeves would go on to dedicate his desire to go to culinary school to her. “She would be proud of that,” he added.

Before attending culinary school, Reeves worked in a catering company where he worked on many prominent events, including one of Madonna’s album release parties. “I’m always glad I worked before I went to culinary school, so I had an idea of what it would be like,” he commented. Reeves fell in love with a career as a chef after traveling to Europe after culinary school where he worked with chefs from Italy, Germany and Greece. After coming back to California, he worked in the Cheesecake Factory at San Diego.

While he worked at Cheesecake Factory, Reeves shared the kitchen with a chef from Hawaii who came to assist. Reeves and a the chef saw a manager yelling at the dishwasher employee. “This dishwasher is not working good, so I don’t think he’s going to amount to anything,” Reeves recalled the manager said. The chef from Hawaii pulled Reeves aside and told him, “You see that? That’s what you don’t do. Did (the manager) work with that dishwasher? Did he take his effort and his time to actually work with that person to see if they need help or to see if there’s something that he can teach them?”

Reeves noticed this chef was a great leader due to his mentorship. The chef from Hawaii did not have attendance problems from his staff. “That really inspired me, and it took my management skill to the next level.”

Reeves incorporates these lessons into his leadership skills. “I first look in the mirror and see if the problem’s there before I point my finger to anyone else. I learned that from those great mentors,” he explained.

During the national competition, Reeves utilized every part of the food items he had available. From carrot tops, to oyster shells, to matcha green tea powder, the only item Reeves disposed of was the squid ink. Many of the old school chefs Reeves looks up to also utilize every aspect of the food. “A true chef respects food. To be a chef is (similar to) an artist. If an artist has a paintbrush, you’re not going to beat up your paint brush.”

When Reeves cooked, something “clicked” within him. It was his love for cooking, art and creativity. Within the UCR Dining team, Reeves is known to push the boundaries by taking his food to the next level through wide-ranging menus and eclectic ideas. The diversity and savviness of the student population motivates Reeves to explore diverse menu items. These range from noodles with seaweed to poke bowls and ceviches which create the diverse menu students want with the eclectic twists the chefs in the Dining team seek. “I hate an ordinary boring world,” he added.

This was Reeves’ first time competing in a culinary competition, but it will not be his last. “It was exciting. Now I’m addicted. I’m sprung, so I want to keep doing them.”