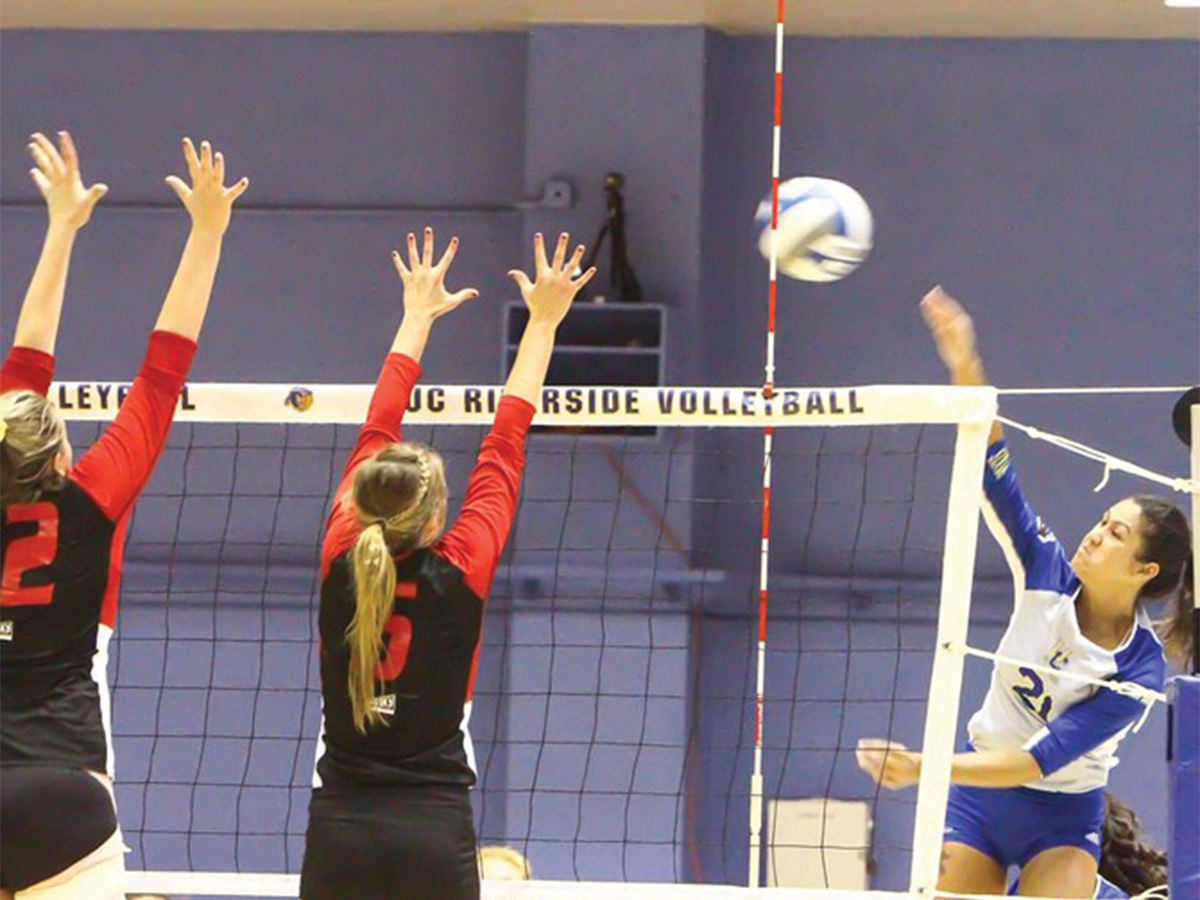 With the score tied up at 10 points apiece in the first set, the Rainbow Wahine found separation by going on three separate runs of scoring three or more points in a row, taking the opening set 25-16. The second set was almost the exact same story with both teams iced at 9-9 before Hawai’i took off on a 10-3 run. The visiting squad wrapped up the second set with a score of 25-17 over the Highlanders.

UCR seemingly saved their best play for the last set, as the team led Hawai’i on eight different occasions. After rallying back and forth, the Rainbow Wahine eventually led the home team at 24-18. The Highlanders clawed back, scoring four consecutive points in a row to try and force at least a fourth set, but Hawai’i put the game away at 25-22 to win in straight sets.

Freshmen Marissa Holt and Nailah Jones led the punch, putting up nine and eight kills each, as the duo was consistently set up by senior Chelsea Doyle, who put up a game-high of 24 assists.

On the defensive side, sophomore libero Nicole Rodriguez recorded a team-high of 14 digs on the night.

UCR will take a short break from Big West play and visit neighboring Cal Baptist University for the first-ever Division 1 meeting between the schools. The game starts at 7 p.m. on Tuesday, Oct. 23.