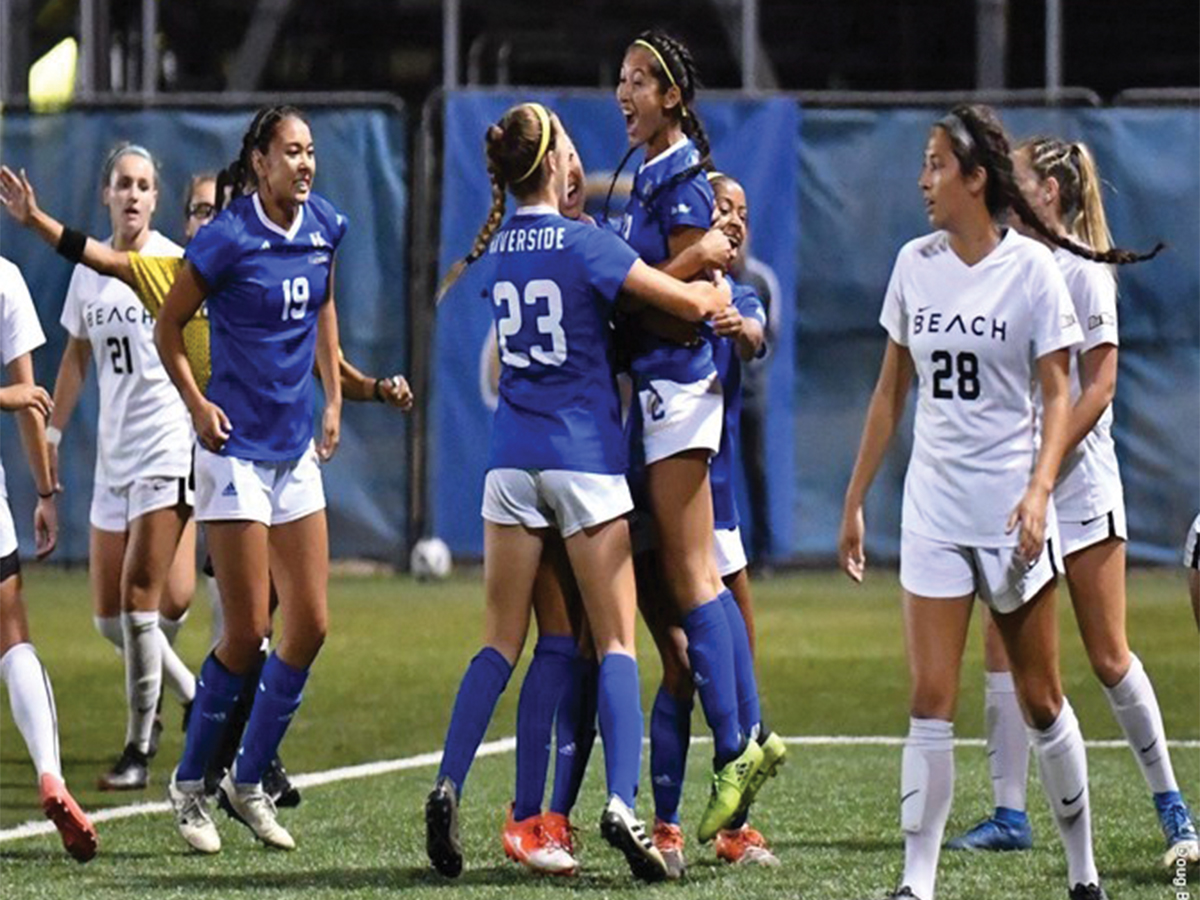 After going 9-0-1 throughout their 10 non-conference games, the Highlanders hit a wall in conference play as they entered Thursday’s match with a 1-2-2 record in Big West play. The win couldn’t have come at a better time as the team understood just how important a victory would’ve been against Long Beach State, who was second in conference.

Both teams struggled to find the back of the net all night as Long Beach’s 4 out of 10 shot attempts were on goal, and UCR only had 4 out of their 13 shot attempts test the keeper. The game featured a trade-off of missed opportunities from both teams, as the Highlanders came close in the 35th minute when senior midfielder Maddie Feist fired her only shot on goal that hit the crossbar. Feist attempted four shots on the night.

Then in the 65th minute, senior midfielder Quinley Quezada kicked in a rebound off of a header by junior Amanda Roy to score the game’s lone goal.

Quezada told gohighlanders.com, “After we scored, [the intensity] seemed to pick up even more. Long Beach did a good job of attacking, I got nervous — but I had faith in our defense and that we would pull through in the end.”

The goal came while the team’s largest turnout of the season watched as Quezada and her senior teammates were honored for their contributions during their time at UCR. Allyssa Troy, Madeline Feist, Kyra Taylor, Nerisse Bugho, Darielle O’Brien and Christina Tucker all bid their farewells in their last regular season home game.

“The win seems fitting,” head coach Nat Gonzalez said via gohighlanders.com. “The seniors have moved the needle since January and have moved it further along than any other team I have coached. They deserve this.”

Redshirt junior Annie Bailey put up a stellar night with four saves at the net, including a save in the 13th minute that she deflected off the side post.

The team will wrap up Big West play by travelling to Hawai’i on Thursday, Oct. 25, and to UC Davis on Sunday, Oct. 28 to close out the regular season.