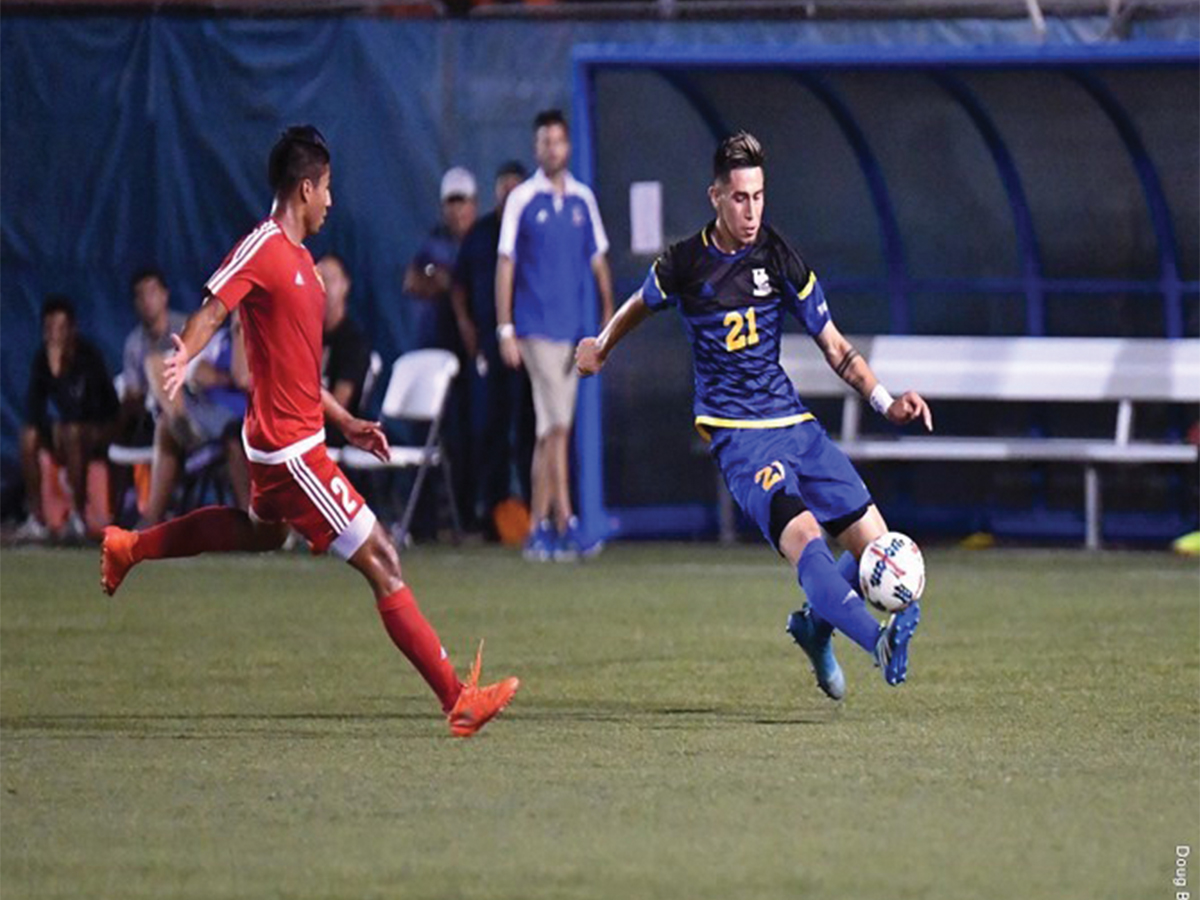 Highlanders earn another clean sheet in 1-0 win over Northridge

The Highlanders (5-9-1, 3-2-0) continued to roll in conference play with another win, this time over Cal State Northridge (8-6-1, 2-2-1) on Wednesday, Oct. 17. This win marks the team’s third in their last four matches. The Highlander’s defense has been at the forefront of their remarkable play throughout their conference season as they’ve allowed zero goals in their last three wins.

Riverside got on the scoreboard early on in the match after redshirt senior midfielder Edward Benito found the back of the net for his third goal of the season in the ninth minute of play. The goal came off of a long pass from sophomore midfielder Daniel Aguirre which Benito was able to finish to put UCR up 1-0. This would put the Highlanders up for good, due in large part to their stifling defense.

Although UCR won the game, Northridge was actually the more aggressive team throughout the match. The Matadors finished with eight more shots than Riverside and five more shots on goal. CSUN might have been able to keep attacking at a high-level, but the Highlanders had an equalizing force in Edwyn Gutierrez. The junior goalkeeper ended the match with a total of eight saves compared to the opposing keeper who only ended with two. Gutierrez’s performance is without a doubt a huge reason why Riverside was able to win this game and why they’ve been able to win three conference games thus far.

With the win over Northridge, UCR has moved into second place of the Big West Conference with nine points and only trails UC Irvine, who is still undefeated in conference play.