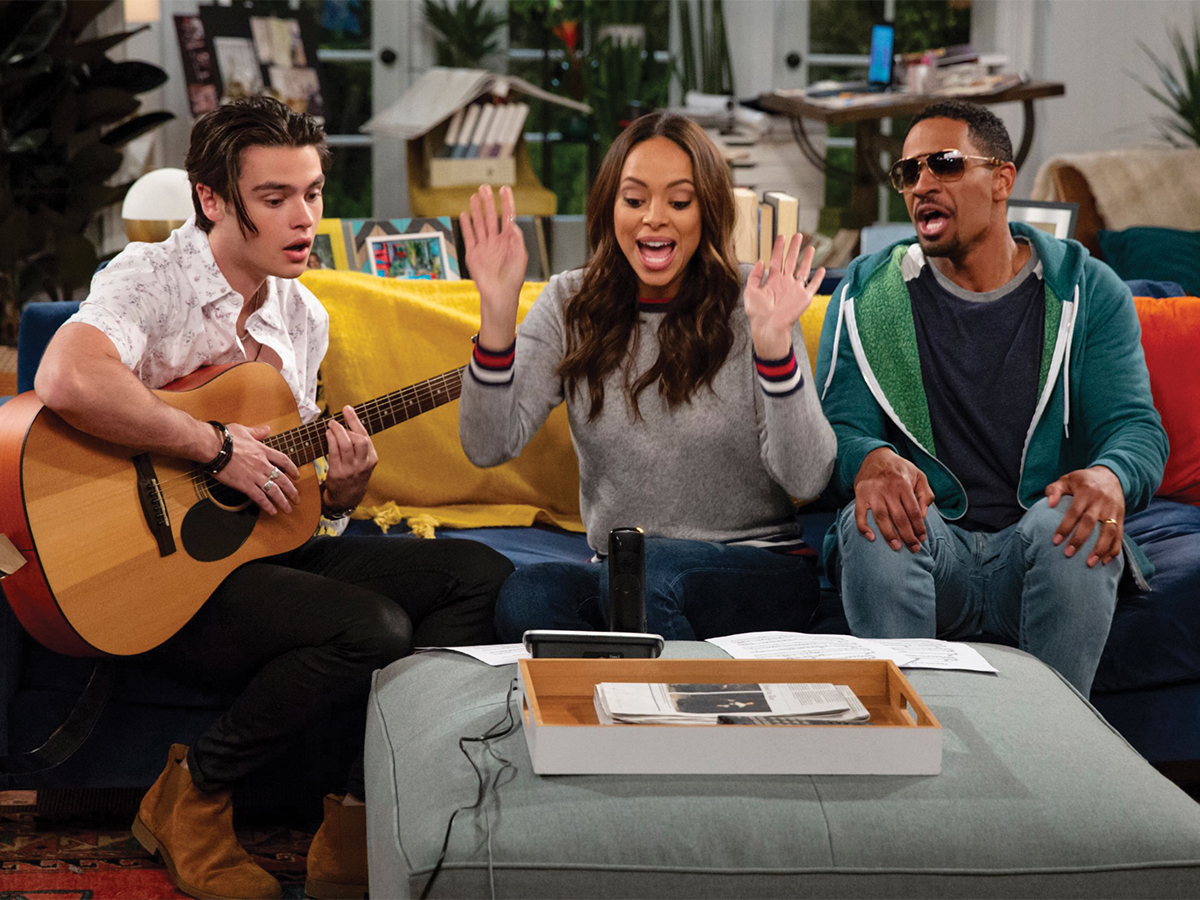 Who would have thought that after critical and box office success that was “Dunkirk”, Harry Styles’ next project was executive-producing a TV series that’s so unimaginative that we’ll all collectively add it to the very long list of failed fall sitcoms and forget about? Starring Damon Wayans, Jr. and Amber Stevens West, “Happy Together” is an attempted comedy about Jake and Claire Davis, another perky TV couple who try to convince us that they’re fun and relatable. But their life gets turned on its head with the arrival of Jake’s client and famous pop star, Cooper James, whose presence promises to bring some much needed excitement to the Davises.

Spoiler alert: it doesn’t, and not because their only friends seem to be Claire’s retired parents. In fact, the Davises are a pair of married lovers in their thirties living bubbly, oblivious lives in a large house that they’re suspiciously able to afford. Rather than throwing parties or backpacking through Europe like other young millenials, Jake and Claire are perfectly comfortable with their small vacations from the food pantry to the couch. Of course, the only way this show works is if it offers audiences a premise to get behind because no one wants to watch a show about an accountant and his wife living in a grey house. Hence, we’re introduced to Cooper, our third main character, whose life intertwines with theirs when he shows up at their doorstep in need of a mundane place to hide from the paparazzi.

Following the introduction of our main cast, these characters say and do such senseless things that it contradicts almost everything that we’re told about them. Rather than evoking laughter, their actions elicit confusion. Adding insult to injury, with the exception of a surprisingly humorous joke or two, the comedy found in the writing is nothing less than banal. With characters as generic as Cooper’s snooty and ignorant celebrity girlfriend, it’s hard to find any signs of life in the series. As opposed to injecting every minute of the show with meaningless hits-and-misses, the writers could have concentrated on wit that adds volume to the storyline and further amplifies the characters. Flying past several missed opportunities, Jake, Claire and Cooper remain two-dimensional and are alternatively mocked.

“Happy Together” is marketed as a lighthearted comedy. While I wasn’t feeling amused, I realized that there was a larger issue at hand. For years, TV executives have been playing it safe with cookie-cutter shows for the sake of filling up time slots. Frankly, I have no interest in meeting the Johnsons, the Yangs, the Changs and most definitely not the Davises. In the era of Netflix bingeing, as storylines are becoming predictable and dreary at an escalating rate, audiences simply won’t be satisfied with anything short of creative content. Rather than utilizing an expired formula, writers, especially comedic ones, need to construct enthralling storylines in addition to characters that gradually develop. In other words, viewers at home need to be given a reason to give up four hours of their time to watch a series.

Verdict: “Happy Together” disguises itself as a comedy when it becomes palpable by the middle of the episode that it is all but hilarious. Perspectives change, however, and after the arrival of the next unexceptional TV series, spending Monday nights at 8:30 with the Davises might not be so miserable after all.