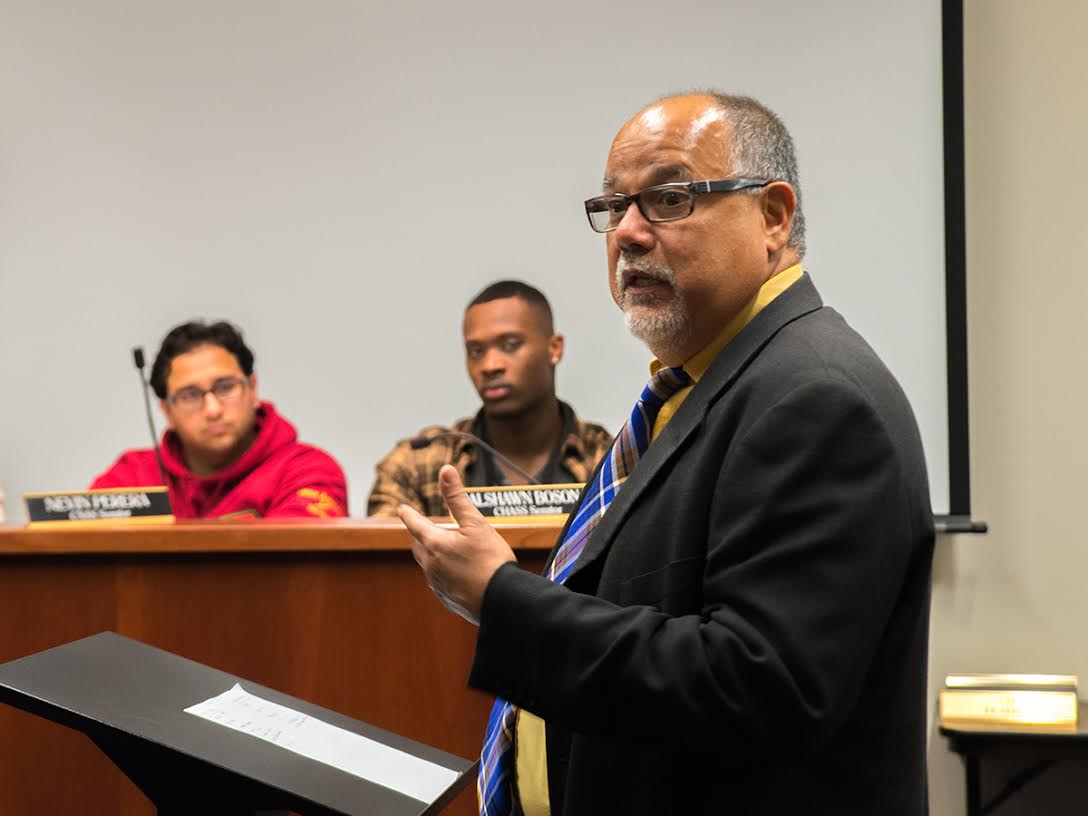 Chancellor Kim Wilcox released a statement on the resignation of James Sandoval, UCR’s Vice Chancellor of Student Affairs of 20 years on Monday, Oct. 22nd, providing the UCR community its first real insight into the circumstances involving Sandoval’s sudden resignation in January of 2018.

Wilcox released his statement after receiving the 298-page investigative report into Sandoval’s behavior conducted by the UC Office of the President, which concluded that in two separate cases involving different complainants, Sandoval was found to have violated the University of California Sexual Violence and Sexual Harassment (SVSH) policy. In Wilcox’s words, “the investigation detailed a set of behaviors over a 20-year period, that demonstrated his blatant disregard for university policies and a breach of our principles of community.”

Sandoval was first accused of sexual harassment in Aug. 2017 by an anonymous letter that was mailed to several high-ranking UCOP and UCR individuals, alleging that Sandoval had sexually harassed two of his subordinates “in a similar manner during two different time periods.” The letter included a list of 10 witnesses and urged an investigation into Sandoval’s treatment of the two previously mentioned employees.  After receiving this letter, the UCOP began the investigation that culminated in the 298-page report. In Nov. 2017 Wilcox placed Sandoval on involuntary administrative leave, and in Dec. 2017 Sandoval informed Wilcox that he would be retiring from the university, effective Jan. 2018.

Sandoval was initially accused in Aug. 2017, but UCR administration has not indicated that it took any action against him until three months after, in November. Furthermore, university administration has failed to provide the UCR community any information of why action was then taken against Sandoval three months after, or what, if any, information emerged during that time period that influenced Wilcox’s decision to place Sandoval on leave in November.

The UCOP investigation began almost immediately after the Aug. 2017 complaint was made, but Wilcox claims he only received the investigation’s report in late Oct. 2018. The astute reader will then question what happened between the three months of Aug. 2017 and Nov. 2017, and why Wilcox did not take action against Sandoval sooner, if the investigation was ongoing during that time.

The timing of Wilcox’s decision is also curious as it lines up with the growing popularity of the #MeToo movement in Nov. 2017, when Wilcox placed Sandoval on administrative leave, while he, to the best of the UCR community’s knowledge, had not learned any significant new information.

“At this point, the UCR community does not know what happened in those three months in between the initial allegation and Wilcox’s decision to place Sandoval on leave, and just like the questions regarding Larry Nassar, the administration’s inability to transparently answer those questions is evident of a failure of moral leadership at the highest levels of the campus administration.”

The report also suggests that, at least to some degree, Sandoval’s behavior had been a sort of “open secret” within Student Affairs for some time, that was only blown open when accusations were made in Aug. 2017.

This timeline, accompanying a very limited picture into the inner review and investigation process that eventually led to Sandoval’s departure, provides a frustratingly insufficient account to the UCR community. While Wilcox failed to take action against Sandoval in August, he appears to have only become serious about Sandoval’s sexual misconduct and taken serious action when public pressure to do so had materialized in the form of the #MeToo movement.

The fact that these female employees faced such systematic harassment and exploitation by a powerful and predatory male supervisor working in the Student Affairs division of UCR is an incredibly troubling and disappointing reality that further stains a university which touts its inclusive and supportive environment for women. The leniency with which Sandoval was able to preside in his position and continuously engage in such conduct casts serious doubt on the legitimacy of UCR’s claims of friendliness to and proper accomodation for women that are so constantly spotlighted as token pride points for the university.

Wilcox’s deafening silence, followed by a frustrating response that is too little, too late, is eerily reminiscent of his botched handling of questions regarding his role of oversight over former Michigan State Dr. Larry Nassar in April. At this point, the UCR community does not know what happened in those three months in between the initial allegation and Wilcox’s decision to place Sandoval on leave, and just like the questions regarding Larry Nassar, the administration’s inability to transparently answer those questions is evidence of a failure of moral leadership at the highest levels of the campus administration.

It is difficult for female students and staff to feel particularly safe or valued in light of these allegations, particularly when considering that as Vice Chancellor of Student Affairs, Sandoval was essentially the ultimate liaison between students and the university administration. The fact that such conduct persisted for about 20 years (even before Wilcox’s time at UCR) is very troubling, but unfortunately not incredibly surprising given the revelations of the #MeToo movement. The suspicious three-month gap where the credibly-accused Sandoval was allowed to remain in his position after being accused however, is a much more recent violation that is antithetical to the very values UCR enthusiastically prides itself on. It is hard to imagine that Wilcox’s three-month delay was of a sinister nature; however, the university administration has failed to provide the campus with information that could easily clear this suspicion. Wilcox’s uncanny ability to act with an all but permissive complacency concerning matters of sexual abuse within his administrations, both at MSU and UCR, proves that old habits really do die hard.