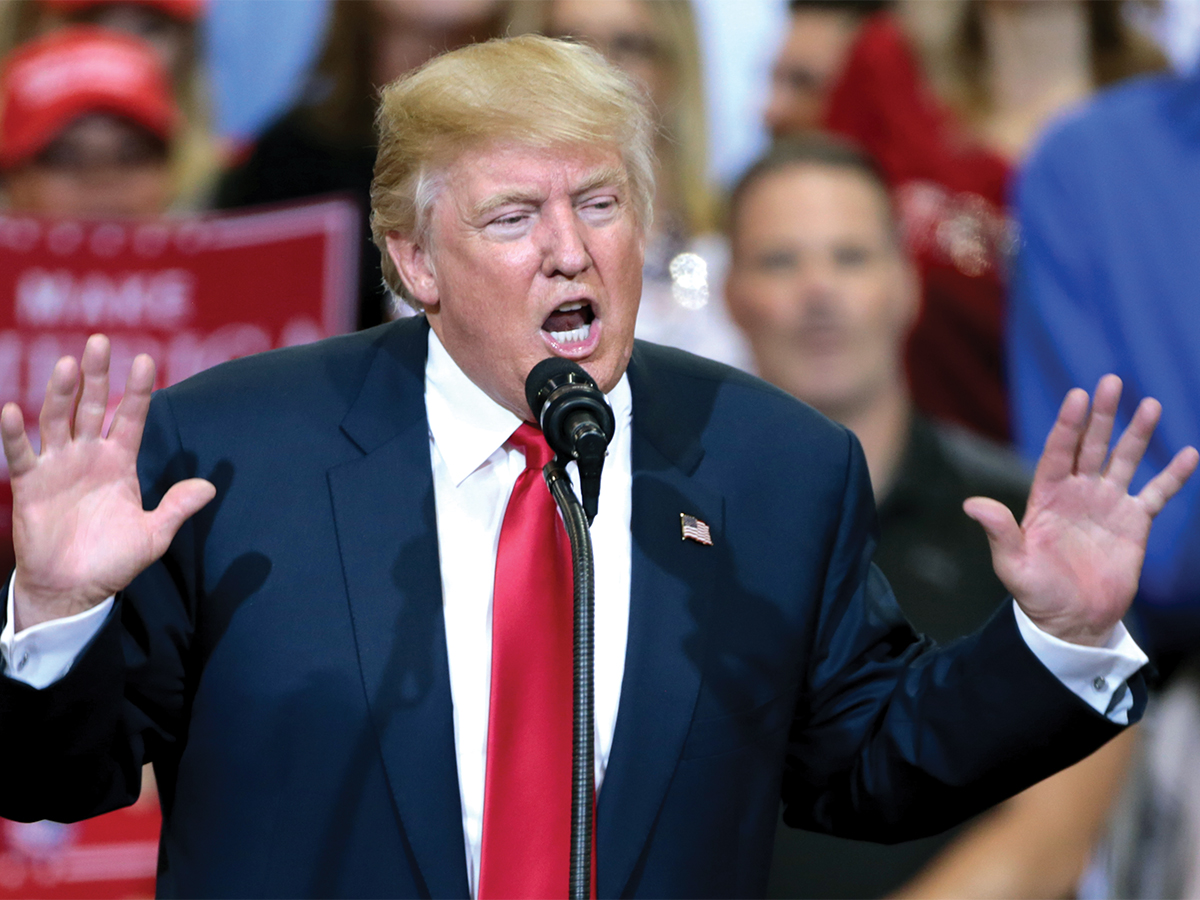 On Oct. 24, the nation believed for about half a day that President Donald Trump was finally going to understand the repercussions of his seemingly nonstop attacks on his critics. Shortly after law enforcement agencies intercepted suspicious packages on their way to notable Democratic politicians and CNN, Trump called the attempted bombings “despicable” and promised the public that the perpetrator would be tracked down by the federal government. “We have to unify. We have to come together … Acts or threats of violence of any kind have no place in the United States of America,” he proclaimed.

A day after the first few stories of the suspected pipe bombs began circulating, however, Trump almost immediately backtracked on his message of solidarity, tweeting that the “Fake News” was to blame and claiming that mainstream media has “gotten so bad and hateful that it is beyond description.” This ill-timed tweet was sent out as news stories were still breaking discoveries of new attempted bombings, and all those targeted by these almost identical packages fell under a common denominator: prominent critics of Trump. Trump’s inability to authentically condemn political violence, coupled with his petulant refusal to acknowledge it as such, shows his clear complicity in these attacks.

Thankfully, the suspect of the attacks is in custody, but this recent event also gave way to conspiracy speculation, mostly fueled by conservatives who claim that this was all a ploy to make Republicans look bad right before the midterm elections. These claims came despite several law enforcement agencies sharing that the suspect behind the bombing had more than 100 potential victims. Names on the list remain unreleased, although the FBI is working to notify those who didn’t directly receive a package to still warn them.

Trump also tweeted Oct. 29, calling out “The Fake News Media” once again as “the true Enemy of the People,” and claiming that once hostile reporting comes to a halt, these kind of attacks will also come to an end. It is disappointing, but not surprising, to see that even after the very obvious message the suspected bomber was trying to send, our president still managed to set forth the narrative that certain media outlets are the villains. Trump, time after time, fails to grasp the very basic idea that what he says will resonate heavily with his supporters as his statements are hoisted up on one of the biggest platforms in the world. The president continues to create hostility towards any media outlets that utter a single word of criticism towards his actions, yet miraculously still tried defending himself against suggestions that his rhetoric incited this latest mail-bombing attack.

There’s a very clear correlation between Donald Trump’s history of aversion towards mainstream media, and the targeted attacks that occurred throughout the week of Oct. 22. Also noteworthy is the fact that the attempted bomber was discovered to be the owner of a van covered in pro-Trump pictures and stickers, as well as images expressing hate for CNN.

Speaking of correlation, other recipients of the pipe bombs have been famously targeted by Trump personally at his rallies: Hillary Clinton is the receiving end of the infamous “lock her up” chants that echo at nearly every Trump rally, even though it’s been two years after Clinton and Trump competed against each other in a political campaign. Representative Maxine Waters of California has been denounced by Trump as “crazy” with a “very low I.Q.”

CNN is also frequently under fire by Trump and his supporters, who target the news outlet with the “CNN sucks” chant at many Trump rallies, prompting the president to reply, “Don’t worry, I don’t like them either.” It’s unfathomable that Trump has frequented attacks on these same figures and networks in a never-ending loop and then stated that he doesn’t think his words had any type of involvement with the bombs that were mailed out and intended to strike against those that he commonly and openly disparages.

There’s a very clear correlation between Donald Trump’s history of aversion towards mainstream media, and the targeted attacks that occurred throughout the week of Oct. 22.

The message Trump delivered of unifying against political violence, although extremely short-lived, is fairly difficult to come across nowadays in such a polarizing political climate in general – Trump is definitely not the only person to contribute to an environment of thinning political tolerance and increased violence, but he is currently the country’s biggest political figure.

Waters once unwisely told her supporters to confront and harass Republicans, saying that it’s important to give them “no peace, no sleep” for being complacent under Trump’s actions. Despite the fact that she identifies with the political party that more or less opposes Trump’s ideas, holding a different ideology still isn’t an excuse for spreading messages that prioritize harassment and violence. However, although her message could have done better in terms of not encouraging hostile behavior, it’s not the total equivalent to the outbursts of violence led by Trump’s rhetoric, such as the Charlottesville incident and the most recent attempted bombings.

It’s a frustrating atmosphere to live in when figures from both political parties are ramping up their hostility and openly encouraging uncivil behavior, but it’s still important to recognize the effects these kinds of speeches can have. Both parties carry the ability to do harm with the kind of angle they decide to take with those who oppose their ideas. When was the last time something productive came about from calling violence and aggression to those who didn’t share the same beliefs as one another? People have tried pointing out how Trump isn’t the first political figure to have an extremist supporter lash out against the opposing party in violence, which is true: an alleged Bernie supporter started shooting at a Republican baseball practice in 2017, but unlike Trump, Sanders stuck to his condemnation on the attack, stressing that “violence of any kind is unacceptable in our society,” and emphasizing the importance of “nonviolent action.”

Trump didn’t last 48 hours without going back to blaming the media for this violence, despite the overwhelming amount of evidence that pointed to the perpetrator carrying out the act in the name of far-right extremism. The attacks on the media will only further create hostility between Trump supporters and nearly 80 percent of the press who have been labeled by Trump as “the enemy of the people.” Our president should keep in mind however, that maybe if he didn’t make so many statements that required fact-checking by analytic media sources, he wouldn’t be under the impression that the majority of the press is out to get him.

Donald Trump still has at least two years of presidency left, and instead of spending rest of his first term slandering anyone who tries to challenge a statement of his, Trump should be trying to allocate more time and energy to ensuring ways to mitigate violent behavior, even if he doesn’t think he’s behind provoking it.