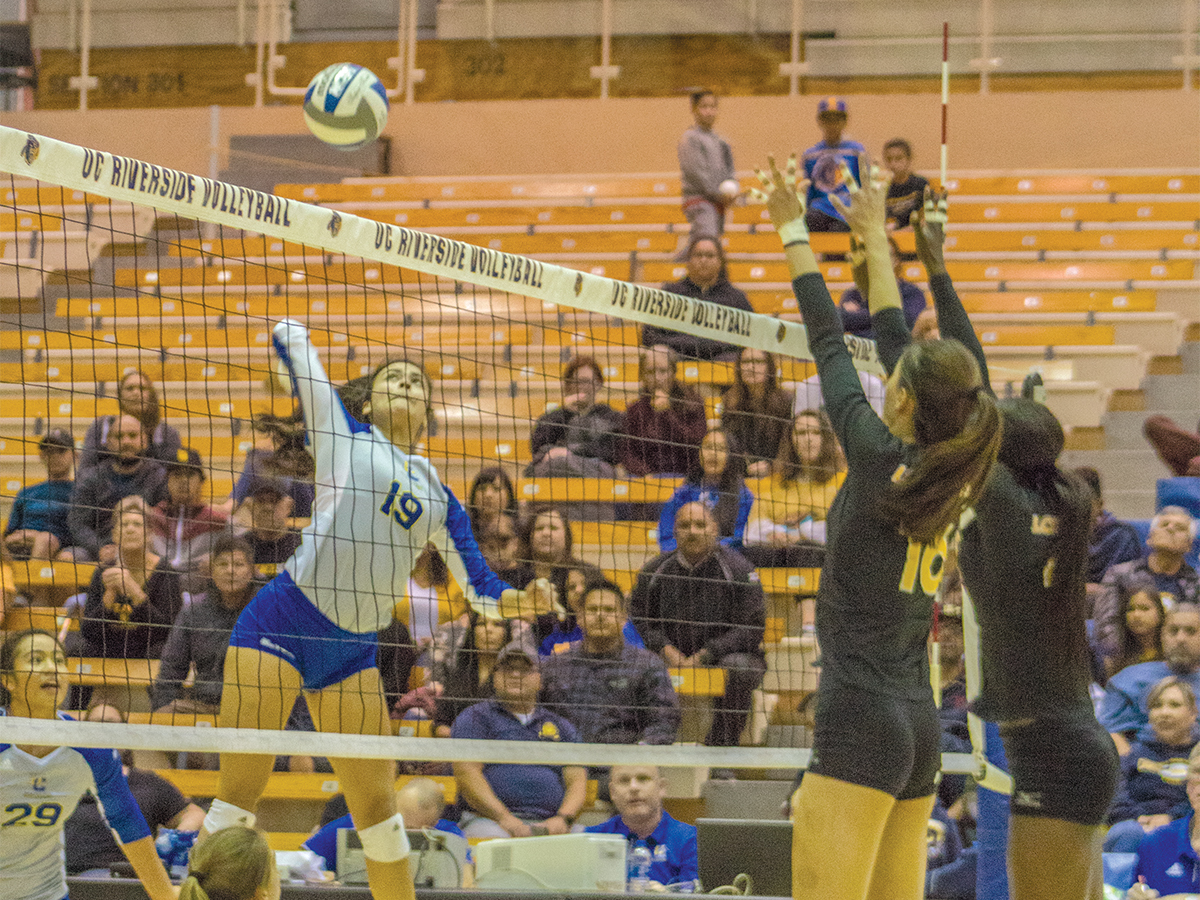 Riverside dropped the first two sets, but were within striking distance throughout both. The Highlanders lost the first set 25-20 and the second set 23-25. UCR was able to win the third set 25-21 before Long Beach closed out the game in the fourth set 25-22.

Despite the loss, it is encouraging that UCR’s freshman outside hitters Christina Escamilla and Marissa Holt led the team in kills by a large margin. Escamilla finished the match with 19 kills and two blocks while Holt was close behind her with 17 kills and one block. Senior setter Chelsea Doyle, who already owns UCR’s Division I record for assists, finished the match with 42 the Highlanders’ 53 assists.

On Saturday, Nov. 10 the Highlanders won their final home match of the season 3-2 against Cal State Northridge (8-19, 4-11) in what was also their annual Senior Night.

Riverside started the first set by falling behind 5-2, but then went on a 12-1 run to take the lead and eventually the set. The Matadors bounced back and were much more competitive in the second set, even holding a 23-20 lead before the Highlanders went on a 5-0 run to steal the set.

Northridge mounted a come-back in the third and fourth sets to force a decisive fifth set. UCR started the clinching set with a 6-2 run and then traded points with Northridge the rest of the way until they pulled out the win, 15-11.

Holt was once again among the team-leaders in kills, this time with a career-best 25 kills in the match and was set up time and time again by Doyle, who finished with 37 assists. Seniors Kaiulani Ahuna, Kristie Alejo, Chelsea Doyle, and Mallory Marcus have now played their final match in the SRC arena and will look to finish their collegiate careers off strong with wins on the road against Cal Poly and UC Santa Barbara this weekend.