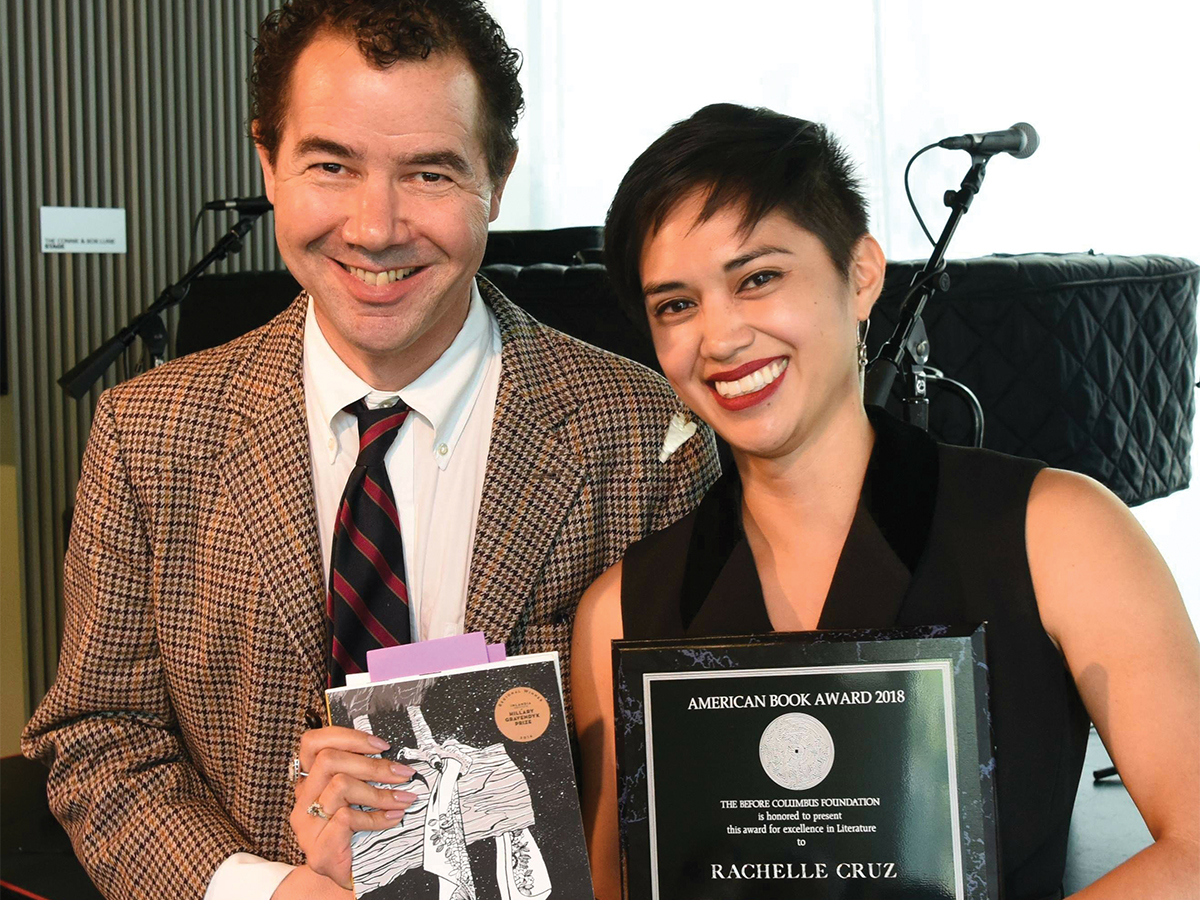 The American Book Awards provide recognition for outstanding literary achievement for diversity in American literature. According to BCF’s recent press release “There are no categories, nominees, or losers. The Awards are a writers’ award given by other writers.”

In an interview with the Highlander, Cruz stated that “it’s a huge honor for sure; it is a prestigious award and a lot of writers and mentors who I look up to have won this award. I’m hoping that this award creates recognition for more poets who are from underrepresented communities.”

As a child of Filipino immigrants who came to the United States in the 1970s, her poetry in “God’s Will for Monsters” reflects on her parents’ experiences living in an unfamiliar country and connects their life to the broader scope of immigration, labor and colonialism in the Philippines. One poem in her collection, “Maximum 25 Words,” is strongly influenced by her experiences as a child helping her mother write and send remittances. Cruz explained that remittances were how migrants would put down money and send it back to their families. Each remittance had a rule known as “maximum 25 words,” where limited personal messages could be sent alongside the money.

“I grew up writing these messages and I would pick this poem (for all UCR students to read) so they could get a sense of that history and the current trends which reflect back to the colonial relationship between the Philippines and the United States; also to show how those larger issues affect the intimate relations between people,” said Cruz.

She was also heavily inspired by stories that her grandmother would tell her as a child; one source of inspiration from these stories was the “Aswang,” a recurring figure throughout Cruz’s book. In Filipino folklore, the Aswang are shapeshifting women considered to be witches.

“Just hearing those stories helped me shape poems that rewrote those myths, because if you look at the history of the Aswang, they actually started out as leaders and healers,” explained Cruz, “It wasn’t until the Spanish Catholic Church came to the Philippines where they instituted gender and called these women witches. So I was really interested in reshaping that and reclaiming that story.”

Growing up, Cruz used poetry as a medium to connect with her emotions. She would share these poems with friends and having an audience further encouraged her passion for writing. Over the years, Cruz struggled with trusting her own voice and questioned whether or not her story was worth sharing since she had never seen anything similar in mainstream media. Eventually, Cruz came to the conclusion that even if her books did not have a large audience, she still wanted to write stories if it meant one person could connect with them.