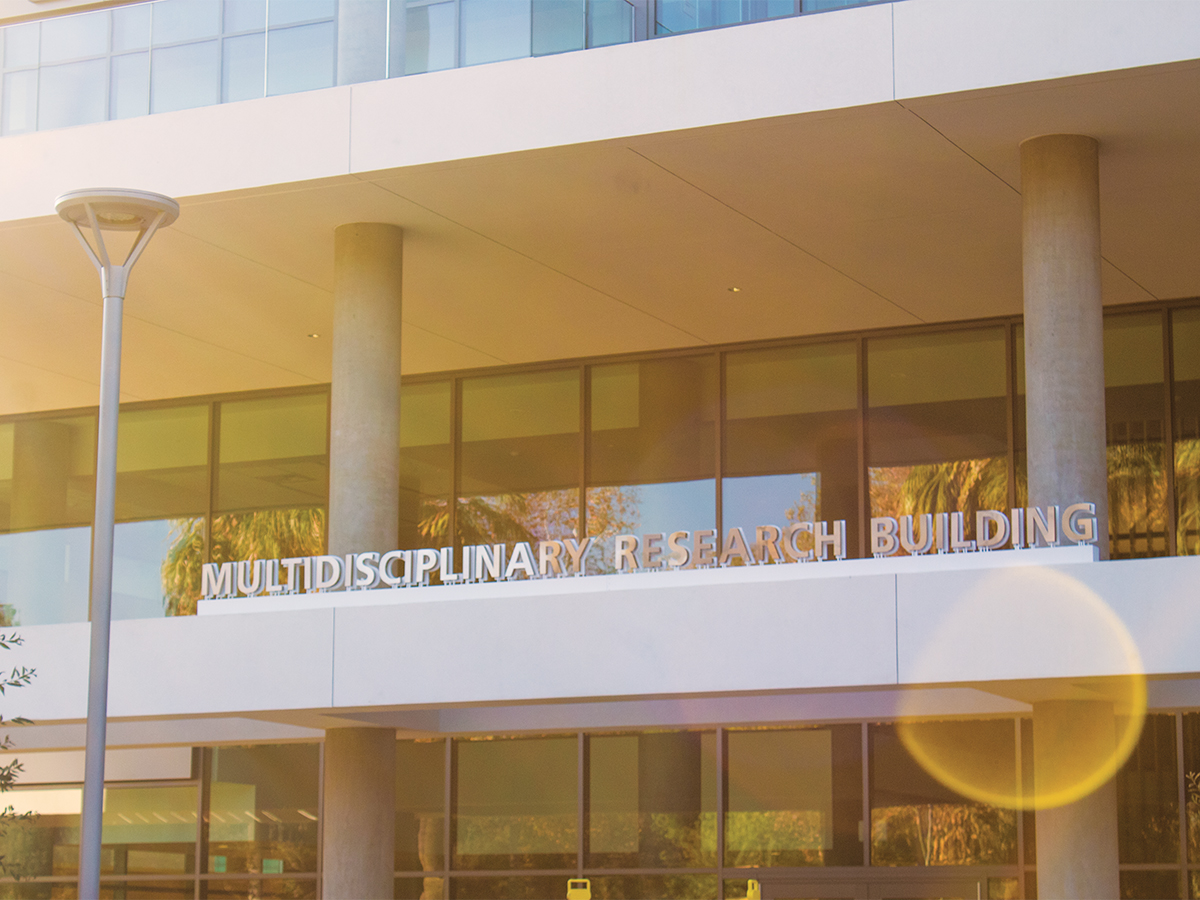 On Friday Jan. 11, UCR’s Multidisciplinary Research Building (MRB1) was officially opened for campus use following a formal dedication led by Chancellor Kim Wilcox, Provost and Executive Vice Chancellor Cynthia Larive and UCR architect Jacqueline Norman. The $116 million, 179,000 square-foot facility is one of many firsts for the campus, including an entrepreneurial-focused ‘incubator’ space, LEED Platinum certification and the campus’ first building dedicated solely for multidisciplinary research with an emphasis on eight research teams in biological, medical, information and physical science fields.

The ceremony opened with Larive’s recognition of the dedication’s large attendance of community members, faculty, administrators and even elected officials. Those acknowledged by name were California Senator Richard Roth, California Assembly Members Jose Medina and Sabrina Cervantes, Riverside Mayor Rusty Bailey and Riverside City Council Member Andy Melendrez. Following the recognition of elected officials, Larive called upon all task force members and foundation trustees involved in the success of the project to stand in order to be lauded for their efforts.

Following the ceremonial introduction, Norman took to the podium to express her feelings about the massive and expedited three-and-a-half year project: “We at UCR are deeply appreciative of the collaborative relationship that thrives … a thrilling culture of rigor, excellence, and respect permeated the entire process surrounding this project from the beginning to end and in my mind represents what is best about UCR.” Norman shared that she hopes the research conducted at this new facility will have an impact beyond our campus, quoting architect Ludwig Mies van der Rohe in her closing statement: “Let this building be the home of ideas and adventure.”

Larive briefly took the stage once more, further explaining the function of the MRB1 and how administrators ultimately narrowed down 22 proposed research teams into the eight which will occupy the facility: “While it is a beautiful building, and the analogy to a cathedral is apt, it will be a very functional building. It will help to raise the research activity and the research profile of UCR.” Explaining the research which will take place, Larive affirmed “we went through several rounds of review and we finally got it down to eight different teams.” The teams in question are ‘Data Science Center,’ ‘Environmental Toxicology Group,’ ‘Food, Bugs, Guts & Brains,’ and ‘Imaging,’ among others.

Wilcox explained that the science is the focus, but the building itself will serve an additional purpose for the UCR campus: “It’s also a building all about bridges. It bridges between the disciplines, of course, but it also bridges other ways. It bridges to the community, Riverside has long-needed wet-lab incubator space. We’re going to have public entrepreneurs in and out of our building everyday.” In his closing statement, the chancellor advised that “while this is an important building of firsts, it is equally important in that it ties together so many parts of the past. For me, I think about the future. Every one of our buildings on campus, at some time, somebody stood like me and dedicated it and no one in the room could have imagined what might have gone on there … what might happen in this building in 2035, or 2043, or 2062? There will be people in this building that we have never met, who are going to be working on topics we have never heard of, making discoveries that will make a difference for history, forevermore.”

The Multidisciplinary Research Building is located across from the Aberdeen-Inverness residence halls and is adjacent to the Material Sciences building near the Bourns College.