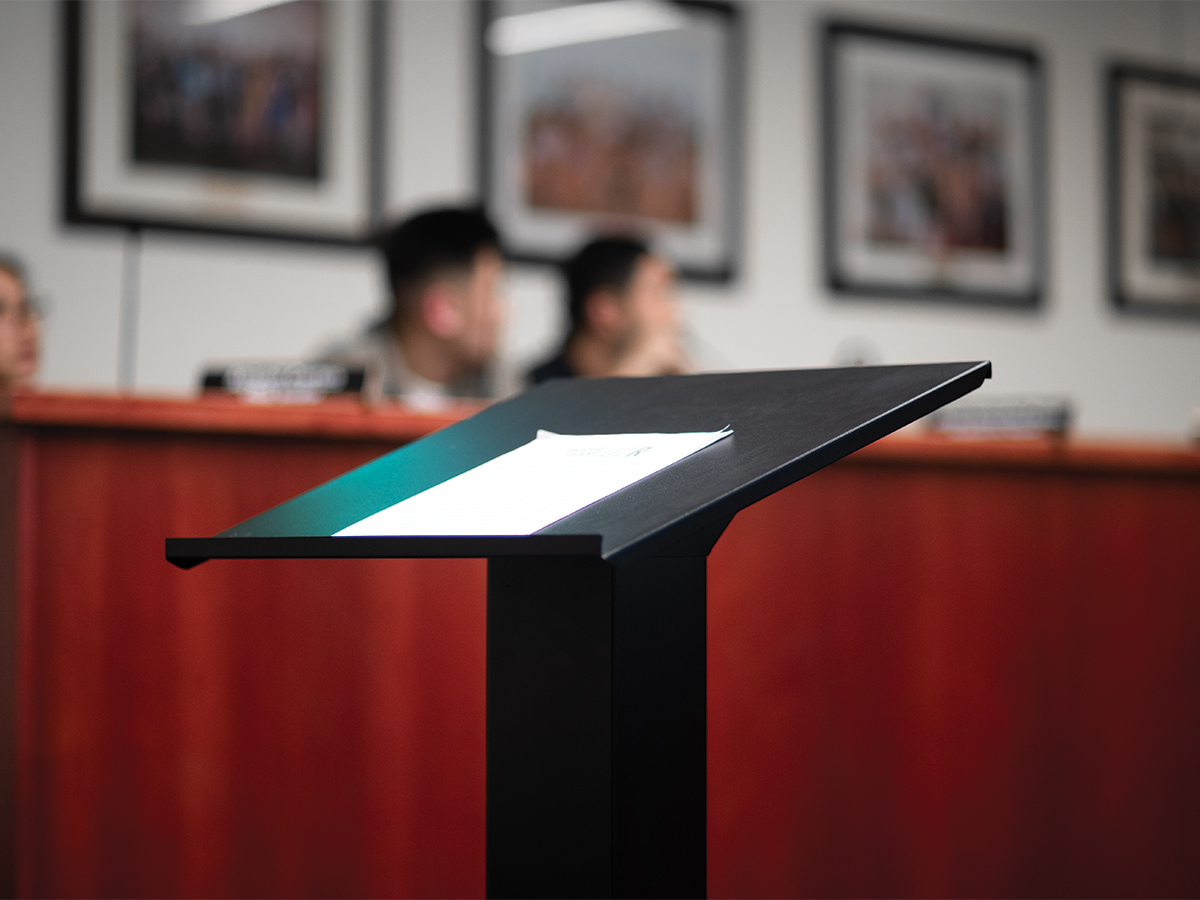 ASUCR held its second meeting of the quarter last Wednesday, Jan. 16 at 6:33 p.m. The meeting opened up with UCR Director of Campus Business Services Michael Clemmons and UCR Bookstore Manager Tabitha Rosser, who wanted to put a “focus on access and affordability” of textbooks by students, namely textbook adoptions. Textbook adoptions are “orders submitted by faculty and departments for the courses they are offering” according to Clemmons, who was contacted by the Highlander via email for further discussion of the topic.

As specified by Clemons, about 2,400 courses were offered in Fall 2018, with almost 2,000 book adoptions received. However only 91 adoptions, less than 5 percent of those orders, were received by the due date by UCR, and there were “355 courses in which the textbook order was not submitted to bookstore (sic),” Clemons wrote, “causing a potential inability for the bookstore to have these books available to students.”

Clemons later emphasized the importance of on-time book adoptions and how they contribute to timely availability of textbooks to students, which would allow students to have all course materials before the first day of class, “resulting in more academic success.” It would also make obtaining materials easier for those “who live on campus or students who may not prefer shopping with online competitors.”

The meeting then moved on to Committee Reports. The session focused on the approval of referenda to be placed on the ASUCR Election ballot and voted on in April 2019.

The first referendum discussed was the Highlander Empowerment Student Services Referendum (HESSR), presented by Joaquin Malta, psychology major and chairman of the Referendum Student Advisory Committee (RSAC). The HESSR aims to renew student funding for the Costo Hall ethnic and gender programs. It also aims to increase the current student fee of $14 each quarter to $16, which goes towards funding “seven of the ethnic/gender programs in Costo Hall” and seeks to provide capital for the currently underfunded Undocumented Student Programs (USP), according to Malta. 25 percent of the total fee ($4) will be directed towards student financial aid. He later specified that “once those funds are distributed evenly (between the programs) they (Costo Hall) are utilizing those funds to help provide for the students.”

Malta also stated that “three quarters of a million is split amongst the offices” each year, and it was later discussed that the Undocumented Students Program (USP) receives indirect funding from Chicano Student Programs, which Malta believes is not fair and could be fixed through the passing of the HESSR. The referendum passed unanimously 11-0-0.

The next referendum to be voted on was the Highlander News Referendum (HNR), presented by Editor-in-Chief Andreas Rauch and Marketing Director Jessica Schneider. The HNR intends to raise the current student fee towards the Highlander from $2 to $4, with 50 cents of the increase directed back towards student aid. Rauch stated that the increase would “expand our only independent source of news on campus,” as it is an entirely student-run organization “which champions free speech.”

CHASS Senator Mehvish Ali asked exactly what the increase of fees would be directed towards. Rauch answered “everything,” explaining that printing costs have gone up and that the Highlander has recently changed printer companies to save on costs. He also stated that it wouldn’t be directed towards giving its paid staff raises, as it would be unethical, but would be directed towards “giving more opportunities to those who are interested (in a career in journalism).” The motion to add the referendum to the ballot passed unanimously 11-0-0.

The third referendum presented was the Green Campus Action Plan Referendum (GCAPR) referendum, presented by GCAP Director Austin Mok. Mok explained that the GCAP currently “runs on $2.50 per student, and was started in 2010.” The GCAPR aims to “rebalance the GCAP budget” according to Mok, with 25 percent of the total funds directed towards student aid.

Mok specified that three different budgets would be made by GCAP to utilize the increase, aimed at funding “green grants, solar initiatives and investments in student internship positions.” The GCAPR would also expand on the language of GCAP’s mission statement, because Mok “wants ‘sustainability’ to mean more than trees.” The motion passed unanimously 11-0-0.

The fourth referendum to be voted on was the Basic Needs and Aid Referendum (BNAR), presented by Vice President of Campus Internal Affairs Jose Cortez-Hernandez. The BNAR aims to address the current “understaffed and short-houred state” of the R’Pantry at UCR, which “supplies food to food-needy students.” Specifically the BNAR would establish “longer hours, more staff and a permanent location” for the R’Pantry as well as a student fee of $5 directed towards funding the R’Pantry, with “$83,000 directed towards student aid” according to Cortez-Hernandez.

Cortez-Hernandez also explained that once UCR establishes R’Pantry as a reliable resource for food-needy students, GCAP aims at expanding the idea to other UCs. He also said that his team “changed the language (of documents referring to the referendum) to ‘basic needs’ (as opposed to ‘food insecurity’) because food insecurity won’t last forever.” The motion was passed unanimously 11-0-0.

The next referendum was the Tartan Reinstatement Referendum (TRR), submitted by Jolie Parnell and presented by Elections Director Laura Pullen. The TTR asks for a $5 increase in fees to fund a program that would provide students “practical experience in media production and documenting historical events.” However according to ASUCR Executive Director Laurie Sinclair, the language of the document was “incomplete,” missing eight items that submitted referenda required. Ultimately the TTR was “suspended indefinitely” by an unanimous vote of 11-0-0 and will not be present on the student ballot this April.

The last discussed referendum was the Highlander Abroad Referendum (HAR), presented by ASUCR President Semi Cole. The HAR requests that students pay a fee of $2 a quarter, with 50 cents directed back to student aid, that would “supply scholarship support to those abroad.” Cole specified that the money would go to the UC Education Abroad Program (UCEAP) office at UCR and would be managed by a “team of expert directors that determines who receives the money based on holistic review.” Cole also explained that the HAR was made in part because “there’s not a lot of scholarships for students on this campus, by this campus.” The referendum was passed 11-0-0.