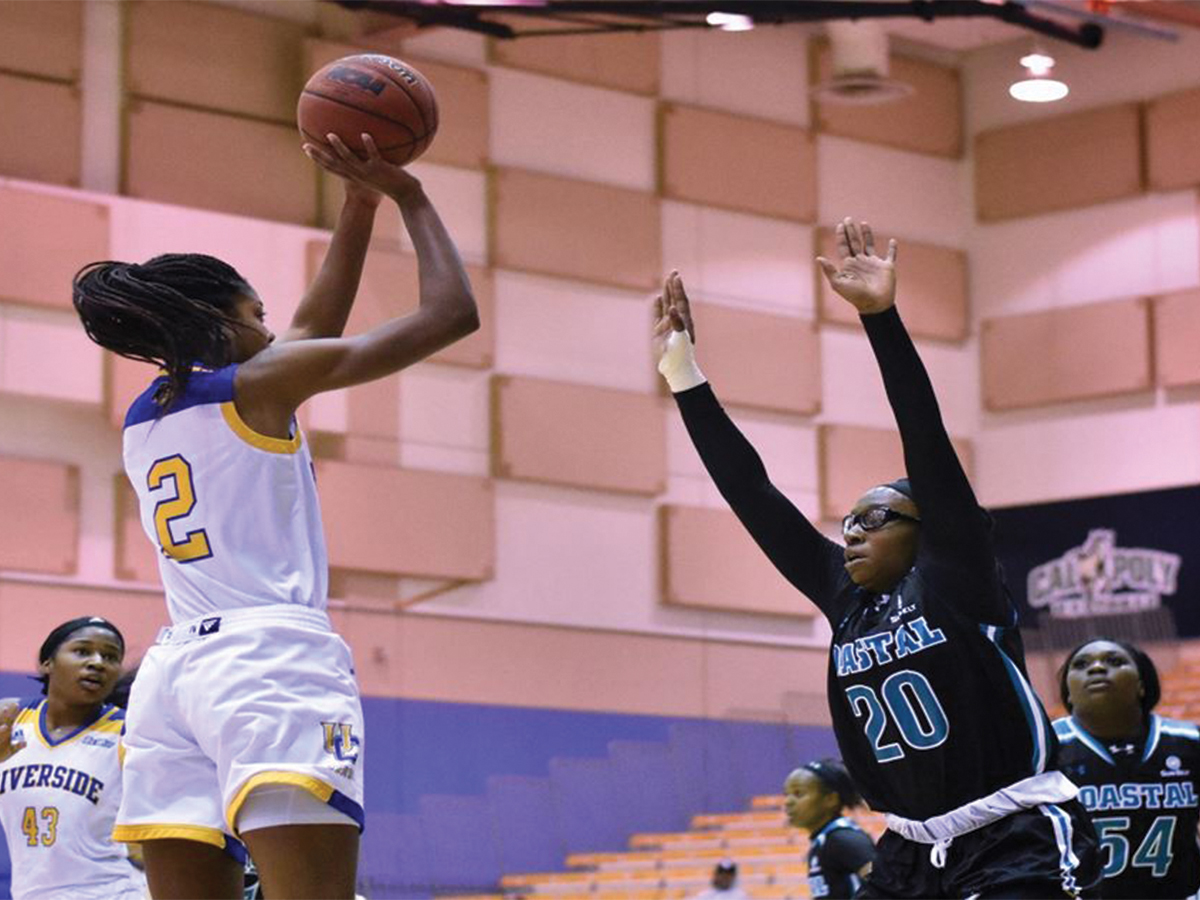 After an embarrassing 18-point loss against Long Beach State back on Jan. 10, UCR’s women’s basketball team got some revenge at The Pyramid with a 73-59 win over the 49ers on Thursday, Jan. 24.

Despite the optics of a 14-point win, the game was close throughout. UCR went into both halftime and the fourth quarter with a three point deficit. However, Riverside was able to find their groove in the fourth and create separation from the opposition. The Highlanders went 7-for-8 from the field and 6-for-7 from the charity stripe in the final quarter of play. UCR also used a 6-0 run almost midway through the fourth to earn their first double-digit lead and never looked back.

Riverside once again struggled to take care of the basketball against Long Beach and ended up with 22 turnovers while the 49ers had only 16. However, turnovers were not the deciding factor of this game as they were in their previous matchup. This time, the Highlander defense came through and held the 49ers to only 30 percent shooting while their offense shot a scorching 54 percent from the field. UCR also stepped up at the free throw line, making 87 percent of their 23 attempts.

Margaritis told gohighlanders.com that the team has consistently been able to persevere through slow starts, saying, “The team is starting to develop an identity in that they are not giving up easily. We hung in there today and really battled a team that is playing well.”

Juniors Marina Ewodo and Jannon Otto continued their streak of great play in this game. Ewodo finished with 25 points and eight rebounds on 10-of-13 shooting from the field while also playing all 40 minutes. Otto ended the night with 22 points and seven rebounds while making 11-of-12 shots from the charity stripe. The pair also contributed defensively, adding four and two blocks respectively.

The Highlanders will look to win their second game in a row Wednesday, Jan. 30 at the University of Hawaii.