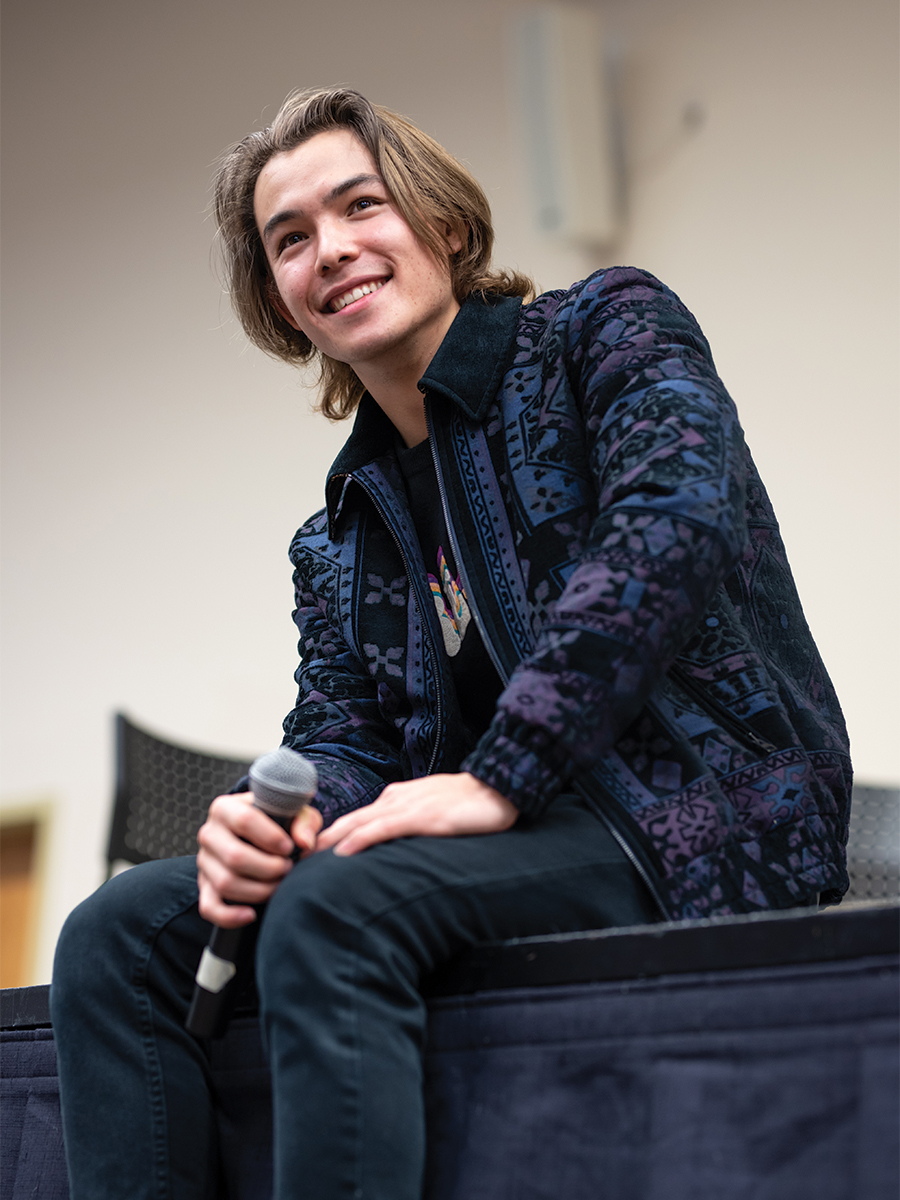 Last Thursday, UC Riverside’s Asian Pacific Student Program (APSP) hosted a Q&A event at HUB 302 at 7 p.m. featuring Asian American actor Ryan Potter. The young actor is best known for his roles as the voice of Hiro Hamada in “Big Hero 6” and Mike Fukanaga in “Supah Ninjas.” Potter has recently gained more attention after being cast as Gar Logan/Beast Boy in the superhero television series, “Titans.” He was received by an ecstatic audience of over 100 students. The Q&A began with an introduction of Potter’s acting credits and his charity work such as Toy Box of Hope, which is a charity that he founded in 2011 to give gifts to youths who are living in homeless shelters and transitional facilities in Los Angeles. Despite being born in Oregon, Potter grew up in Japan for the first seven years of his life until moving back to the United States. He opened the discussion with his experiences being white and Japanese, and how his success with being the first biracial Disney character in “Big Hero 6” was to him, a sign of progress towards Asian culture being more commonly represented.

Potter was asked a series of questions by the APSP coordinators to move the discussion along. Potter admitted that he never felt a connection to acting until recently. He explained that he has felt a connection with the movement of cultural representation in the film industry and its rapid expansion around the last five years. Potter commented that his favorite role was on a skit for the Wong Fu Productions short film, “Save the Date.” He connected this to the topic of cultural representation, stating that, “(filmmakers) have continued to show what Asian Americans are. Just normal human beings living in America who just happen to look and maybe talk a little bit different.”

Explaining what it feels like to be an Asian American actor in an increasingly diverse industry, Potter replied, “It’s kind of like watching the sun come up … It’s like you have a new day.” He mentioned the work of Asian American George Takei, who raised expectations for representation, and how it compares to his own career starting at such a high point. Potter asserted, “We need more people from our community to tell our stories. We don’t have other people from other ethnic communities telling our stories.”

He further explained the necessity for authenticity and honest writing, adding, “Sometimes when you hear people of other backgrounds write dialogue for you, it feels weird. Like I would never say this. But I get it. I’m an actor. I’m supposed to act. I’m supposed to read the lines that are on the page. But also, if you want to hire me as the ‘Asian American’ kid, you have to represent me and show me in the right light. You can’t just have me as a token.”

“…if you want to hire me as the ‘Asian American’ kid, you have to represent me and show me in the right light. You can’t just have me as a token.”

Potter also spoke about the charity organization he started, Toy Box of Hope,which raises funds for different homeless shelters around LA through toy, blanket and fundraising drives. He stated that homelessness is an epidemic and that it is not discussed by many actors or actresses because it is not an appealing issue. Potter ended his answer saying, “It’s an organization that I started as kind of a catalyst to push forward a message of trying to take care of our neighbors and trying to take care of the people who live in our city and people who deserve second chances. Unfortunately, not that many people feel that way.”

After the official Q&A concluded, APSP opened the discussion for audience questions. One audience member asked whether Potter sees more actors of South Asian descent coming into the DC Universe-based films, in reference to Potter’s role as a DC superhero on “Titans.” Potter answered the question in a general sense by explaining that the roles for Asian-origin characters are there, depending on what directors want. Potter added that what is important is the establishment of roles that do not backtrack on accurately representing Asians. When the audience ran out of questions there was a long line set up to take photos with Potter.

Potter told the Highlander that he had been turned down roles for being too white or too dark and that there are still problems to overcome in the film industry. He emphasized, however, that there is progress happening.

APSP’s next event is Celebrating API Womxn as part of APSP’s 369 series on Tuesday, March 5 at 12 p.m. in the APSP office.