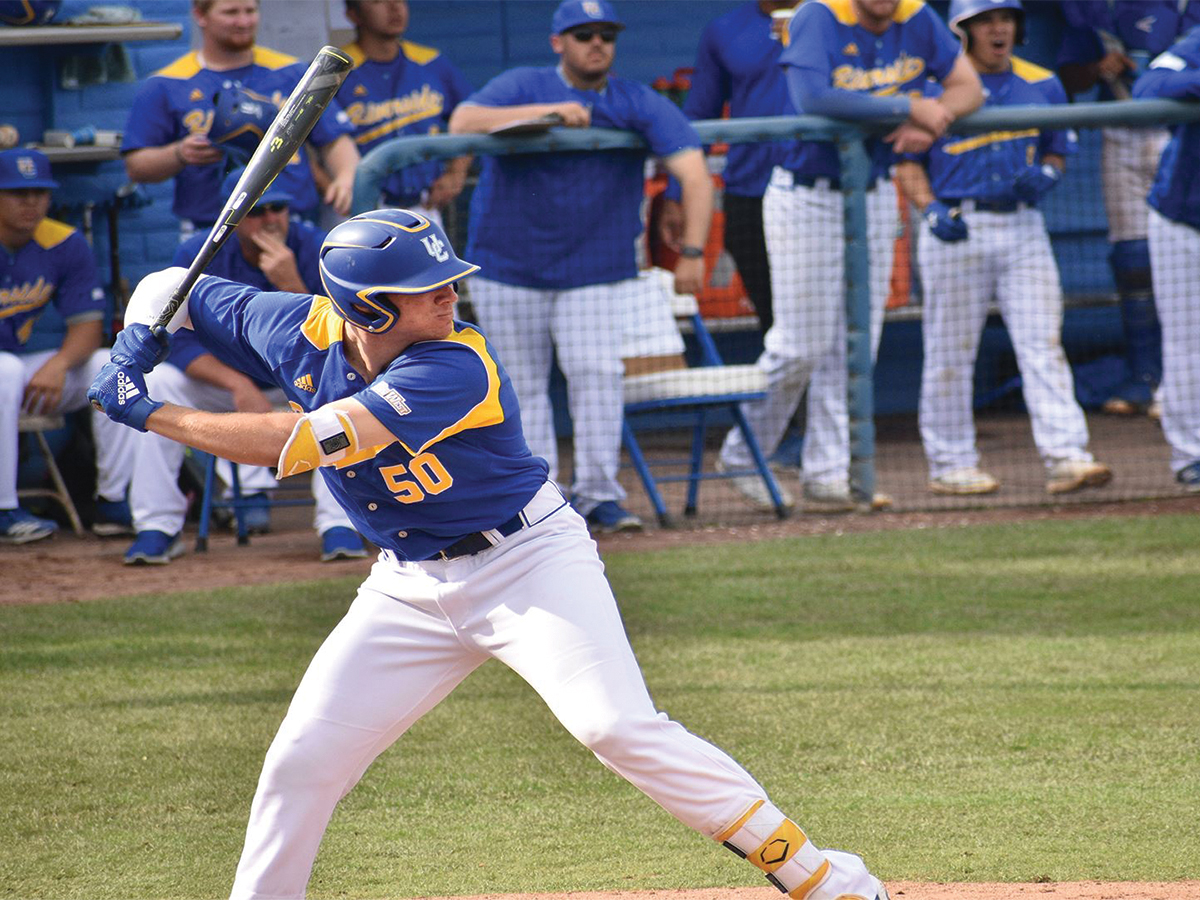 For many teams, scoring seven runs is often enough to win many baseball games.

Pitching, however, is the other half of the winning equation, and the Highlanders (7-16, 0-1) baseball team’s pitching staff was rocked in a two game sweep at the hands of the UNLV Rebels (16-11, 4-5) , allowing 23 runs over two games.

In game one of the series, the bats got going early, scoring two first inning runs courtesy of a two-run triple by senior outfielder Matt Hardy. Hardy came through again with a two-run single in the third inning, that gave UCR a four-run lead.

However, in the bottom half of the same inning, the Rebels rallied back against senior Devin McKesson, who relieved sophomore starting pitcher Jeremiah Priddy. After recording the first two outs, the Rebels sent five men to the plate and scored four runs thanks to a throwing error, a passed ball, and some resourceful baserunning.

The Highlanders then scored the next three runs over the fourth and fifth inning, which included a home run by senior outfielder Daniel Miller.

In the bottom half of the sixth inning, the Highlanders bullpen imploded, as three relievers allowed seven runs while hitting two batters.

The Highlanders threatened in the top of the ninth inning by putting two men on base, but Rebel senior Donavon McCrystal forced Hardy to ground out and earned the save, as UNLV won game one 11-7.

For UCR, Hardy had two hits in five at-bats and four RBI, and junior outfielder Travis Bohall was three-for-five with an RBI and a run scored. Junior left handed pitcher Hayden Petrovick took his first loss to drop to (1-1) on the season, giving up four earned runs while recording just one out in the Rebels’ seven-run sixth inning.

For UNLV, redshirt freshman Casey Miller earned the win in relief to improve to (2-0) on the year, yielding two earned runs on three hits in two innings of relief.

The Highlanders looked to bounce back in the final game of the series the next day.

Game two began the same way as game one, with UCR taking a 1-0 lead in the second inning on a home run by junior DH Connor Cannon. UCR added another home run in the third inning off senior Dean Miller’s bat to make it 2-0, and an RBI triple by freshman catcher Jacob Shanks pushed the lead to 3-0 in the fourth inning.

In the bottom half of the fourth, the Rebels got on the board with a sacrifice fly by senior catcher Victor Taromina. UCR answered back with an RBI double by senior first baseman Yeager Taylor in the top of the fifth, but the bullpen once again imploded as the Rebels tied the game at 4-4 on Max Smith’s two-out three-run home run.

The bullpen then proceeded to give up the lead in the sixth on several base hits and a throwing error, and UNLV led 8-4.

UCR then rallied to bring the score to within 8-7 in the top of the seventh, but the bullpen allowed four more runs in the bottom half of the inning to put the game out of reach, and UNLV completed a two-game sweep with a 12-7 victory.

Rebel Sophomore left handed pitcher Matthew Mitchell pitched a scoreless sixth inning to earn the win in relief and is now (2-0) on the season. Freshman reliever Alec Arnone took the loss after allowing seven runs (four earned) in 1.2 innings and fell to (1-1).

Looking to put a tough series behind them, UCR opened Big West play at UC Davis (7-11, 1-0) on Mar. 29. The Aggies entered the contest on a six-game losing streak, which included being swept by Pepperdine in a three-game series and losses to Santa Clara and Sacramento State.

Both teams were scoreless early on until the Aggies scored twice in the bottom of the third inning.

UCR junior starting pitcher Shamus Lyons looked to keep the damage under control, but them proceeded to give up five more runs in the fourth inning, the result of an error and a home run by redshirt junior catcher Logan Denholm.

The Highlanders scored twice in the sixth inning on an obstruction call and error to cut the Aggie lead to 7-2, but UC Davis scored three more times in the sixth through eighth innings to put the game out of reach and took the series opener 10-2.

For UC Davis, starting pitcher Brett Erwin pitched seven innings, allowing two runs (one earned) while striking out six Highlanders to improve to 3-1. Denholm finished the game 2-for-3 with a home run, three RBI, three runs scored and a walk.

For UCR, Lyons lasted four innings and gave up seven runs (three earned) on nine hits and hit three batters. Taylor finished 1-for-3 with an RBI and walked once.

Up next for the Highlanders, they wrap up their weekend series against the Aggies, before playing at the University of San Diego Toreros (17-8, 3-3) Apr. 2 and have a road weekend series at the Cal State Northridge Matadors (12-13, 0-0) beginning Apr. 5.