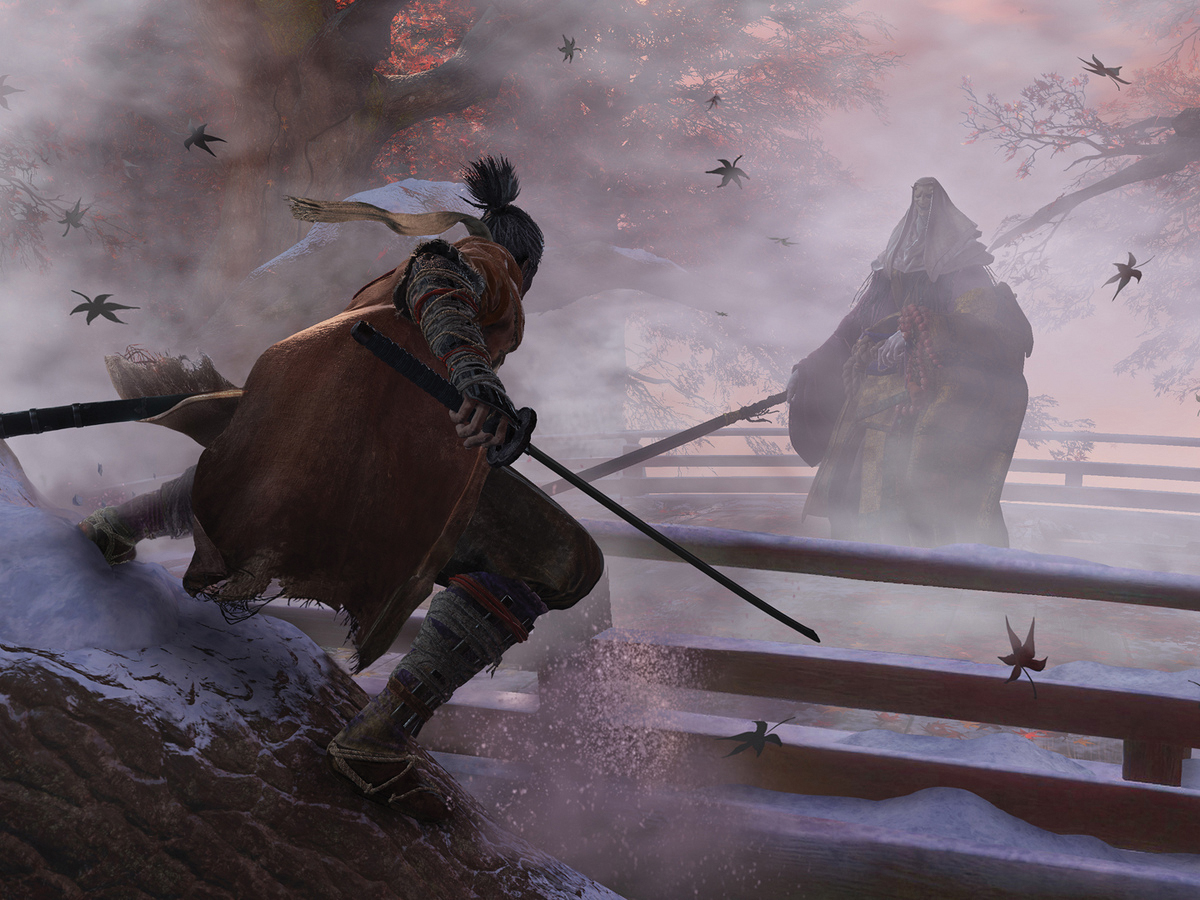 The release of “Sekiro: Shadows Die Twice” felt much more anticipated than any other title to come out of developer From Software in recent years. This IP seemed like the company’s most ambitious project yet. A focus on vertical movement, completely new combat gadgets and its feudal Japan aesthetic all looked much different than the Medieval or Gothic settings of the “Dark Souls” or “Bloodborne” series, respectively. For anyone simply curious about this game or a hardcore From Software fan who wants to go in with minimal spoilers (as the sense of discovery and learning curve is half the fun of these games), the game is everything you’re hoping it is. It delivers on everything teased in trailers and I dare say it’s the best “Souls” style game to date.

Upon starting “Sekiro,” the most apparent difference from other “Souls” games is its direction in storytelling. Rather than focusing on a world, the way its predecessors did, this game focuses on its characters. Rather than the ambiguous “chosen undead” or “hunter,” you are Wolf, loyal shinobi of Lord Kuro, the Divine Heir. General progression is much more plot driven and cutscenes are far more cinematic, with even the player character being fully voiced. This makes for a much better experience when the world around you changes. Unlike in “Bloodborne,” where half of Gehrman and The Doll’s dialogue is downright cryptic if you didn’t do every side quest and find every lore tidbit, you feel a lot more guided through “Sekiro’”s story. This isn’t to say that exploration and lore discovery are nonexistent in this game; in fact it’s quite the opposite (especially when it comes to the multiple endings). What “Sekiro” accomplishes here is establishing a nice middle ground that engages those who simply play through the game, while rewarding those who put in the extra effort.

The gameplay still feels very similar to other “Souls” titles, but features enough new mechanics to make it fresh. For one, stamina has been removed and you can now spam attacks as much as you like without having to worry about tiring out. Instead, it has been replaced by a posture meter, which goes up the more attacks you block. If your posture maxes out, your block will break and leave you open to attack. What makes this mechanic increasingly interesting is that every opponent also has a posture meter, which you can max out to expose them to a death blow, no matter their health bar. This includes bosses.

This mechanic single-handedly creates a much more interactive combat system that feels like an even more aggressive “Bloodborne.” While dodging around and waiting to punish a boss’ ending lag is still a valid option (arguably even more valid now since stamina is gone), it’s far from optimal since posture slowly recovers whenever an enemy isn’t being pressured. Therefore, the only way to consistently succeed in combat is to constantly face opponents, using counters and deflects to slowly whittle down their posture. Every bit of this feels extremely fluid, as “Sekiro” really nails sword fighting in a way unlike any other title I’ve ever played.

As much as “Sekiro” polishes and refines the concepts of its predecessors, at its core, it is still very much a From Software game and retains nearly every downside of those same predecessors.

For one, this game still features the clunk of the From Software game engine. For those new to From Software’s titles, this can be best explained through “Sekiro”’s grappling hook, which is vital to the game’s vertical movement. For the most part, the grappling hook is fine; it’s rather fun to traverse around rooftops but falls short of feeling as fluid as the Batman Arkham series’ iconic movement system. However, occasionally the game simply won’t register the grapple point and won’t allow you to zip up. This is the case with virtually anything in this game; parrying, throwing items, using shinobi tools are all great when they work as intended. The rare times that they don’t, however, show the unwieldy engine of From Software.

The only other main issue about this game is its camera, which unfortunately malfunctions more consistently. The camera has always been my main gripe with any “Souls” style game, and nothing about it has been fixed here. At times, simply by angling the camera slightly off or moving Wolf slightly out of center, both the lock-on and regular camera systems just go haywire. This is made very apparent in the Lady Butterfly fight, where her stepping to the other side of a pillar you currently face causes the camera to lock off and jerk to the side (often turning your view around completely). This is rather unfortunate, since these are the only real issues “Sekiro” has, and while they may be minor, they are extremely invasive and actively affect the gameplay experience.

I am by no means implying that From Software is an incompetent developer that didn’t iron out bugs in their game; in fact, the truth is quite the opposite. From Software has made it very clear that the above characteristics are intentional design choices in all of their games and show no desire to remedy that fact anytime soon. While I can understand why they continue down this particular creative direction, it simply makes “Sekiro” and all other From Software titles feel more inconsistent than they should be, piling on minor annoyances that guise themselves as part of their notorious difficulty.

There has actually been quite a bit of discussion regarding “Sekiro” in comparison to the difficulty of previous titles, and while I can understand what would lead some to claim it’s easier than other games, that couldn’t be further from the truth. In comparison to its predecessors, “Sekiro” is much more forgiving. Idols (this game’s version of bonfires or lamps) are much more abundant than their “Dark Souls” or “Bloodborne” counterparts and are placed in rather convenient locations. The stealth system can also be exploited and can even be used to cheese certain fights. There is also a skill tree which provides a few upgrades that alleviate some difficulty (such as one that grants minor healing upon delivering a deathblow).

However, the game’s leniency ends there. Boss fights are just as difficult and if you’re not careful even some normal enemies can two-shot you. I would go as far as to say that some “Sekiro” fights are slightly more unforgiving, since with such a heavy emphasis on close quarters countering and deflecting, there is a much smaller margin for error. Despite the difficulty, however, bosses are extremely fun and vary a ton in both combat and visual design. While that applies to all of them, the one-on-one humanoid encounters are still far more enjoyable and intuitive than the creature bosses.

“Sekiro: Shadows Die Twice” is peak From Software, warts and all. Fans of the company will love this and while this title isn’t exactly a turning point that will change a naysayer’s mind, it does feel a bit more accessible to new players. The game has its share of flaws but the amount of polish, fluidity and sheer fun it provides at its high points more than make up for its occasional lows.