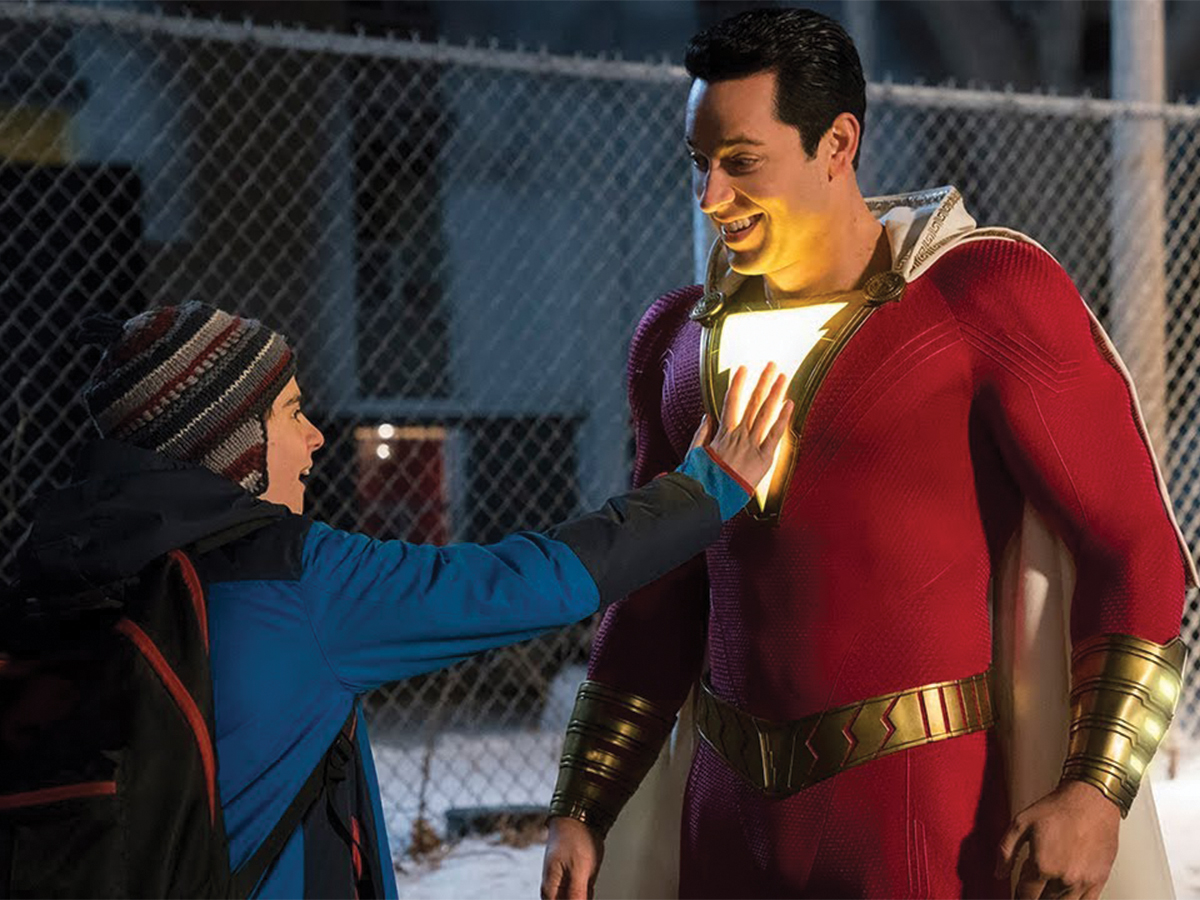 After several critical and box office disappointments, DC had succeeded in picking itself back up with successes in both “Aquaman” and “Wonder Woman.” However, they had yet to produce two consecutive hits. That all changes with the release of “Shazam!” as DC proves it can produce a light-hearted and fun film while still delivering captivating story and performances.

“Shazam!” follows the orphaned Billy Batson (Asher Angel) who is suddenly whisked away to the mysterious Rock of Eternity, where he is introduced to the ancient wizard Shazam. After being deemed pure of heart, Billy is granted the power of the wizard whenever he utters his name. Doing so transforms Billy from a child into an adult with the powers of several Greek gods and heroes. With his newfound powers, adult Billy (Zachary Levi) takes to the streets alongside his foster brother and best friend Freddy (Jack Dylan Grazer) to become a superhero and have fun while doing it. Things take a turn for the serious when their fun time playing superhero is interrupted by a real life supervillain with strength and powers similar to Shazam, Dr. Sivanna (Mark Strong). In order to defeat Sivanna and save the world, Billy is forced to master his powers and become the hero he is destined to be.

The film is reminiscent of the 80s and 90s adventure flicks (such as “Big” and “The Goonies”) that center around children, as it delivers on emotional and fun moments while also capitalizing on cheesy humor and childhood antics. At times the film may look and feel over the top and cartoonish, such as Shazam’s colorful costume, but they all work when taken in the context of the film. Even the humor, which in the grand scheme of superhero films has been rather hit-or-miss, lands more often than it doesn’t. In fact, the humor is superb in “Shazam!” as childish jokes, meta humor and situational gags are all adding to the film’s light-hearted feel and are expertly delivered regardless of who is saying them.

With that being said, the film isn’t afraid to deliver on some genuinely emotional segments too. Billy’s struggle to find his real mother and his path to recognizing that his true home lies with the foster family is beautiful and heartwarming to watch. “Shazam!” manages to masterfully juggle several genres without sacrificing its main narrative. Throughout the film are hints of adventure, coming of age, comedy and drama that all seamlessly coexist. The entire film feels complete as all of the film’s plot threads are eventually tied together and none feel as if they were underdeveloped in favor of the larger narrative. Director David Sandberg hits it out of the park with “Shazam!” as every aspect of the film, even the admittedly cheesy bits, work and add to the overall tone and character.

With regards to cast, “Shazam!” again outdoes itself as each member of the ensemble deliver on their performances, regardless of screen time.  Angel’s Billy Batson truly captures his rebellious nature and strong desire to be reunited with his birth mother. Additionally, Billy’s adult superhero avatar is perfectly played by Levi, who manages to portray a child in a man’s body in a believable way. It is obvious after mere moments of screen time that Levi, and the entire cast, are having a blast in this film. Strong again manages to play the menacing villain and though at times he may appear one-note, his backstory adds believability and justification for his actions that makes him a great opposite to Billy. Lastly, the entire foster family shine whenever they appear on screen but none more than Grazer (Freddy) who steals almost every scene he’s in. His enthusiasm for superheroes is infectious and his comedic timing is second to none. If it wasn’t obvious after “IT” that Grazer is a great actor, it is now after “Shazam!”.

“Shazam!” proves that DC and Warner Bros are capable of creating great standalone superhero movies that deliver on fun moments and compelling stakes. Though this film is insulated in that it has little to no impact to a greater Justice League universe, it makes it clear that it exists firmly in the same universe with plenty of references to the other heroes such as Batman and Superman. It’s hard to pinpoint any faults this movie might have save for the occasionally questionable use of CGI, but even that fails to stand out meaningfully amidst the fun that is “Shazam!”.  “Shazam!”’s childlike wonder and cheesy nature make up for any corny bits of dialogue or funky character designs that may rarely pop up.

Verdict:  DC hits it out of the park with “Shazam!” as it manages to land with everything it sets out to deliver and provide a truly heartwarming and exciting adventure.  Each member of the cast shines and the film will leave audiences feeling happy and hopeful for the future of DC films.