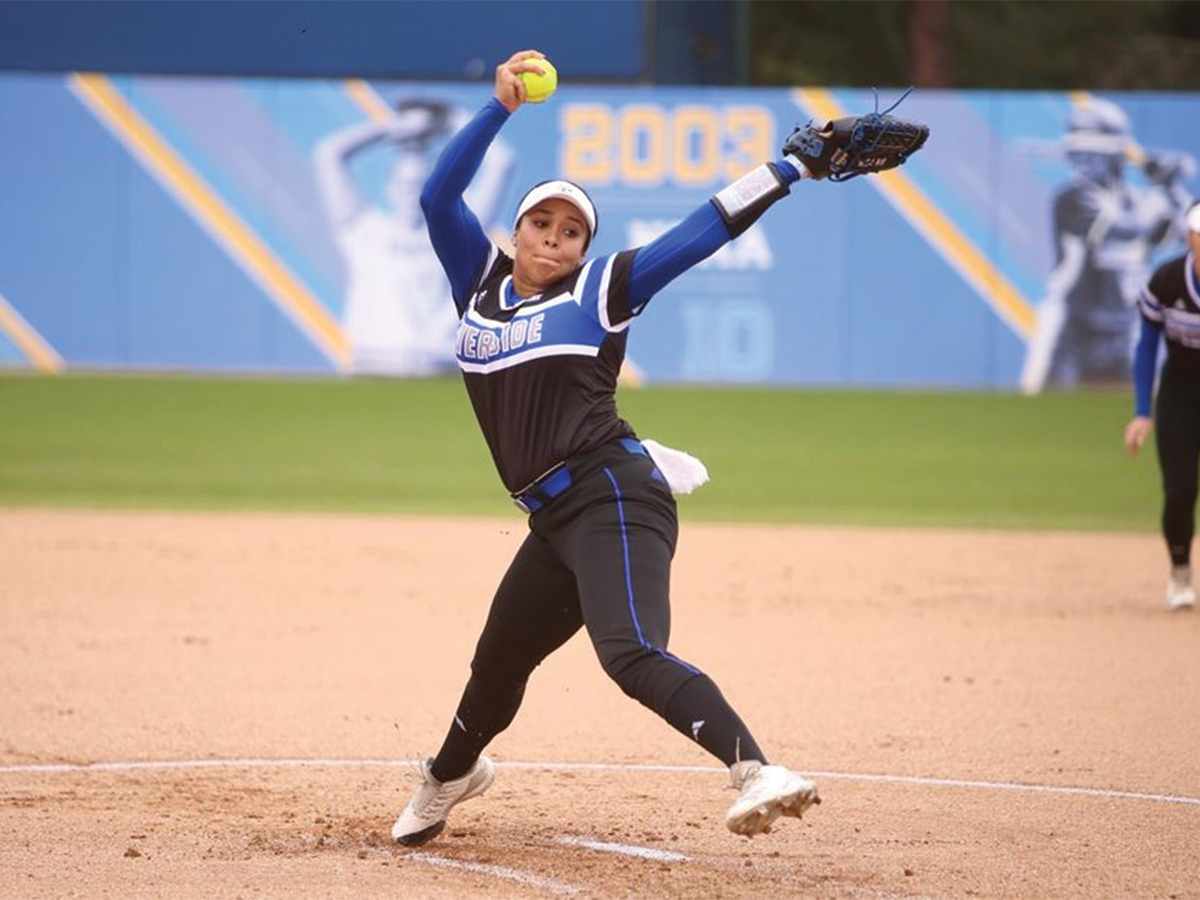 Following a tough series against the Cal Poly Mustangs in which they struggled to contain the oppositions bats, the Highlanders (20-15, 3-3) looked to bounce back against the Cal Baptist Lancers (16-24, 3-6).

Both teams were held in check offensively as both team’s starting pitchers put up a scoreless inning.

The Highlanders struck first as a result of poor defense by the Lancers. Junior center fielder Kayla Curtan reached on an error, scoring junior catcher Sarah Parten from third for a 1-0 lead.

UCR scored again in the second inning, again the product of CBU’s defense. Junior right fielder Danielle Ortega scored on junior third baseman Emma Ramelot’s single and an error by a Lancer first baseman, to push the lead to 2-0.

In the bottom of the fourth inning, the Lancers loaded the bases with one out and looked to do some big damage to get back into the game. Freshman starting pitcher Megan Casper induced a fielder’s choice and was one out away from escaping the inning unscathed, but an error by shortstop scored junior center fielder Caitlyn Lloyd. The Lancers chipped away, now trailing only 2-1.

The Highlanders got the run back in the top of the fifth inning, as senior shortstop Hannah Rodriguez scored on a wild pitch by the Lancers senior starting pitcher Kellye Springstead, pushing the lead to 3-1.

However, in the sixth inning, a home run by Cal Baptist senior shortstop Anise Avalos off junior reliever Jacy Boles cut the lead to 3-2, and was the only earned run allowed by either team in this game.

Boles settled down to complete a three-inning save, her third of the season, and the Highlanders improved to (21-15, 3-3) on the season.

For UCR, Casper pitched four innings, allowing two hits and one unearned run to improve to (7-2) on the season. Ramelot was two-for-three with an RBI.

For Cal Baptist, Springstead pitched a seven-inning complete game, but took the loss, allowing three unearned runs on five hits while striking out eight Highlanders. Her record is now (14-13). Lloyd was two-for-two with a walk and a run scored.

Up next for the Highlanders, they begin a three-game road series against the Cal State Northridge Matadors with a doubleheader April 13.