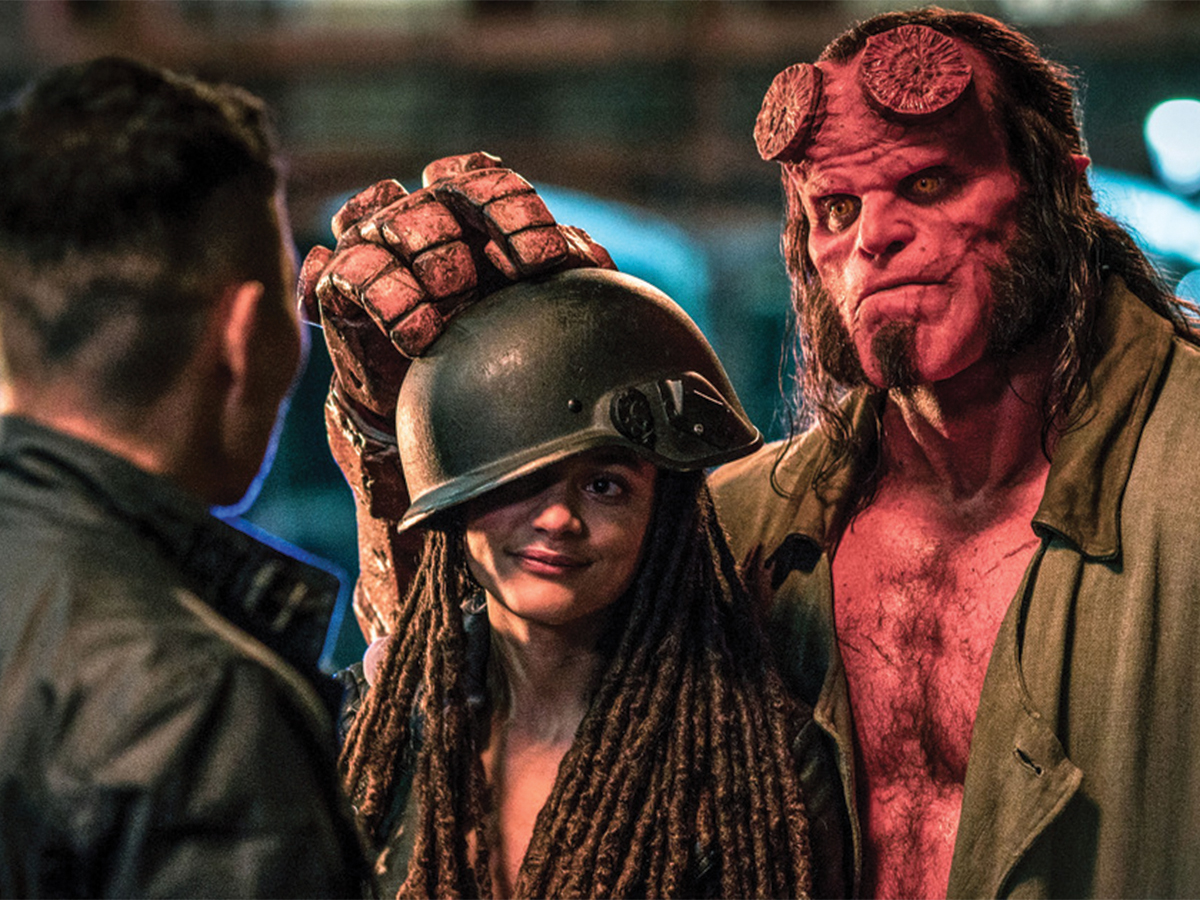 In 2004, film audiences were introduced to the half-demon paranormal detective that was Hellboy in a cult favorite film directed by Guillermo del Toro and starring Ron Perlman in the titular role. The film was followed by a sequel, “Hellboy II: The Golden Army” which branched out from the source material in the comics while still delivering on the compelling characters and monster-filled action that the original was beloved for. However, del Toro was never able to complete his vision for a Hellboy trilogy due to budgeting issues, resulting in the decision to reboot the character and start fresh.

Fans were at first disappointed that Ron Perlman would no longer wield the Right Hand of Doom, but were given fresh hope when David Harbour (“Stranger Things”) was cast as Hellboy and when Hellboy’s creator Mike Mignola was confirmed to be writing the screenplay. Sadly, however, this didn’t turn out to be a winning combination.

2019’s “Hellboy” follows the titular paranormal detective as he is tasked with preventing an ancient sorceress, the Blood Queen, from returning and bringing about a plague that would destroy all of humanity. On his journey to defeat her, Hellboy combats giants, witches and a pig monster in several action packed and blood-soaked battles. “Hellboy” takes heavily from the comic book source material as fans of the series will recognize several comic book story arcs make their way into the film, but sadly their integration into the plot creates a serious pacing issue, being haphazardly stitched together and condensed in order to fit into the main narrative.

What made the Blood Queen story arc so great in the comics was that it was the culmination of years of several plotlines that had built up the main villain and the events surrounding her. The film crams all of these stories into one two hour-long film but fails to make them cohesively fit into the narrative, resulting in sudden turns in the story and a jarring stop-and-go pacing throughout. Any one of the several story arcs used in “Hellboy” could easily make for their own film, but were instead crammed into one feature in a desperate attempt to world-build and set up the main villain.

Furthermore, the faults in the story could easily have been overshadowed had the film been populated with endearing characters that the audience cared about and rooted for, but sadly “Hellboy” fails to deliver on that as well. The plot never slows down long enough for any of the characters to have any meaningful impact on the audience and are simply thrown at us out of nowhere alongside exhausting bits of lengthy exposition to accompany them. This inability to deliver on a meaningful emotional connection to our heroes is exemplified by Hellboy’s relationship with his adopted father, Professor Broom (Ian McShane). Much of the film’s plot is dependent on the conflict between these two characters, as Hellboy comes to realize that his destiny is to bring about the end of the world and struggles to understand why Broom adopted him in the first place. Their interactions are never fully fleshed out and their conflict is never fully explained either, resulting in a lack of an emotional payoff when the end finally arrives.  Furthermore, the character of Hellboy comes across as overly emotional and hot-headed in the film as opposed to the world’s greatest paranormal detective, resulting in another failure to capture the audience’s interest. Additionally, whereas Perlman’s Hellboy felt real when on screen, Harbour never feels like anything more than a man in a suit as the practical effects never quite live up to the original. Similar statements regarding character attachment and performance can be made for the supporting cast as well, as none of them manage to stand out in meaningful ways and are simply just there to read their lines and get to the next scene.

Overall, “Hellboy” falls flat with regards to nearly everything. Special effects are glaringly obvious and lackluster throughout the film. This is especially evident in the final act when all hell breaks loose and monsters roam the streets. Nothing looks real and the scenes are filled with gratuitous blood and gore that goes so over the top at times that its use feels as if they’re desperately trying to justify an R-rating. The practical effects are decent, but they too are often hindered by the special effects added on top.

The same can be said for the action sequences, as “Hellboy” does feature a handful of fun interactions between the titular character and a slew of mythical monsters. Again, however, the poor effects distract from the action and muddy the experience. “Hellboy” also doesn’t fare well when it comes to dialogue, as much of the film is plagued by clunky exposition dumps that feel out of place, so much so that Professor Broom’s entire character seems to be centered around exposition and the lines themselves feel clunky and unnatural. The poor dialogue is further highlighted with the film’s gross use of humor, as practically none of the jokes land with the audience.

In the end, the film fails to justify its existence, especially after the fan-favorite originals from only a few years back.  The character of Hellboy, and the world he inhabits, is one of the best in comics and this film fails to capture that and leaves viewers with a bad taste in the mouth.

Verdict:  “Hellboy” fails to justify a reboot of the series as poor dialogue, pacing, effects and humor make for a painful movie-going experience.