It feels like people have forgotten the events of 2010-11 when an international outcry was sparked by the release of top secret American government documents through Wikileaks, a platform which hackers all over the world contributed to. These documents and secret footage revealed troubling behavior on the part of the American military including the bombing of civilians during the war in Iraq. Wikileaks became divisive, with many arguing that it was irresponsible to release this information, as adversarial foreign powers could utilize it to foster anti-American sentiments or even gather military information like tactics and plans. Others argued that Wikileaks was a bastion of free speech and that it provided a service, as that information belonged to the citizens as much as it did to their government.

In the wake of Wikileaks founder Julian Assange’s arrest, the debate around the limits of government’s power has failed to garner the appropriate amount of attention. It is hard to imagine that the culprit behind this apathy is not the media and the internet, as the information overload we are experiencing as a society undoubtedly hampers our capacity for critical thinking, and we continue to scroll past what could be vital information about how our government operates. While it is easy to forego contemplating the ramifications of classifying vital government documents as top secret, the consequences for society are too great to not have the difficult conversation about freedom of information and government accountability.

There are several factors at play with regard to wikileaks and the uncertain future of its founder. Many have posited that indicting Assange is tricky, as the charge, if broadened, could potentially compromise the very foundations of free expression. People have argued that Assange’s conviction could pave the way for the increased criminalization of the publishing of classified documents, something that for decades has been protected and standardized within the field of journalism. It also raises serious questions about how authorities should handle whistleblowers, giving rise to a tenuous balance between the power of public opinion concerning journalistic ethics and the extent of a government’s power to prosecute.

It is important to keep in mind, however, that the indictment under which the United States is seeking Assange’s extradition from the United Kingdom is for hacking and only hacking, which is the cyber equivalent of burglary. He is not, so far, being charged under the much broader and far more problematic Espionage Act, which would involve publication of leaked material. That would, indeed, raise profound First Amendment questions, but as of yet, the government has not opened that door.

The dangerous precedent of restricting speech is one factor to be considered when prosecuting Assange. However, the situation is complicated, and the other side of the coin in this case is that the careless release of hacked information could lead to enemy powers getting hold of sensitive information regarding tactics, or even the personal information of private citizens. The argument for justification of Wikileaks in this case would likely be a moral equivocation between the loss of innocent life that demonstrably resulted from American military action and the mere potential for misuse of the released information by America’s enemies. In fact, the bulk of the information Wikileaks obtained from Chelsea Manning, and which Assange disseminated, was simply embarrassing diplomatic communication that admittedly embarrassed the United States abroad.

After Edward Snowden’s revelations concerning the National Security Association’s (NSA) technocratic and opaque surveillance of the American populace, however, it is clear that the citizenry continues to be largely complacent, despite initial outrage.

We do not need to sacrifice privacy for security. The ability of the American government to surveil overseas was also demonstrated through Wikileaks, and if it is possible to locate terrorists hiding in a cave in Afghanistan, then it is reasonable to assume that the NSA does not need to tap the phones of every American citizen. It is difficult to find a solution for this, as spying en masse is effectively casting a wider net, but fishermen continue to successfully catch fish one at a time with a single targeted fishing line. Moreover, privacy protections are written in the constitution which require the government to obtain a warrant to search a private citizen, and it is only reasonable to extend those protections to the online data profiles of people as well as their physical persons, as the FISA statute with its secret warrant courts already does. The operative word there is secrecy, and yet without it there can be no effective counterintelligence, which is vital to national security.

While this may not constitute a complete solution, it is clear that some form of civilian oversight or accountability system is needed to ensure that people have access to important information about their government’s actions both overseas and domestically. It is understandable that not all information needs to be public, as there are legitimate reasons for any government to hold onto sensitive information regarding personnel files, tactics and the like. But voters do deserve to know if their government is bombing innocent civilians abroad, and while that information should be handled with care and given proper context, it is necessary to maintain a transparent democracy.

It can very well be argued that a politically illiterate and largely uninformed citizenry may not handle the truth of the American government’s classified actions in the most reasonable or understanding of ways, and they may not be the best judge as to what should be done about those actions or the person or people who released the sensitive information. An informed citizenry must have the truth at their disposal, and this, despite all the misgivings and concerns about Assange’s motive or involvement with foreign adversaries, is the reason people deserve the truth. 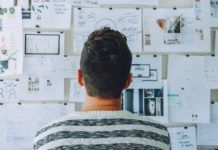