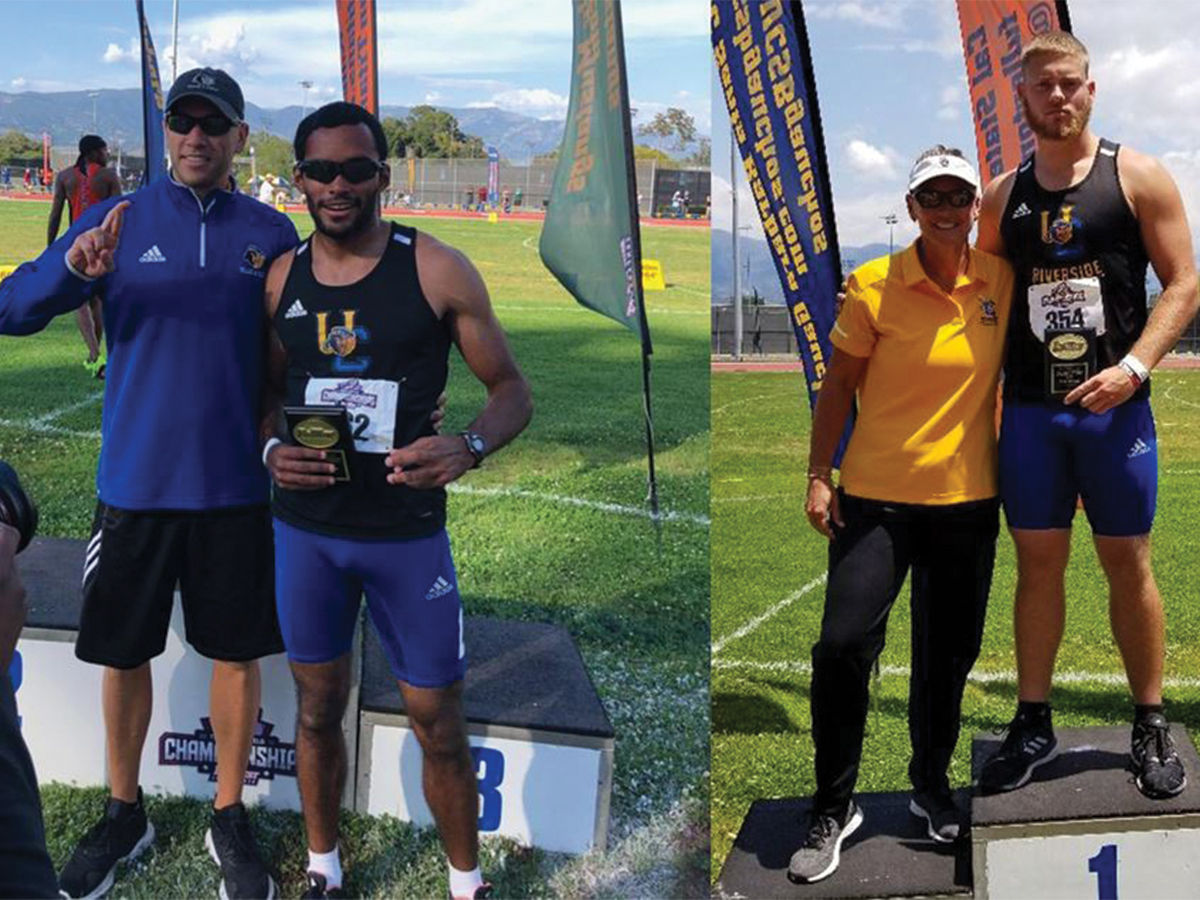 Two Highlanders had a successful outing in Santa Barbara at the Big West Tournament on Friday, May 10 and Saturday, May 11.

Freshman John Ober III won the Big West title when he scored a victory in the javelin throwing event. Ober threw the javelin 61.64 meters, ahead of junior Adam Gockel from Cal Poly San Luis Obispo, who finished with a second place throw of 60.98 meters.

“Anytime a freshman can win a conference title in our competitive conference shows tremendous grit,” Assistant Coach Candice Fuller said. “John did a great job of managing his adrenaline and remaining focused on winning which allowed him to control the competition from the start. He (John) has a lot to be proud of and I couldn’t be more pleased with his performance.”

Ober also participated in the discus throw where he placed 20th with a throw of 43.56 meters.

Sophomore Quinn Williams also triumphed in Santa Barbara, winning the men’s 400-meter hurdles event, making him a conference champion. Williams ran a time of 51.34 seconds, placing him slightly ahead of Cal State Fullerton sophomore Charles Kelly. His final time was nearly a second faster than his victory in the preliminary round where Williams finished in 52.14 seconds.

Williams also competed in the men’s 110-meter hurdles, where he finished with a time of 14.94 seconds, securing 13th place.

“I have challenged Quinn all year to strive for personal greatness and to fight the urge to just be good enough,” Assistant Coach Eric Fremd stated. “He bought in one hundred percent, focused on his execution details and ended up winning a conference championship.”

Johnson placed third in the triple jump event with a distance of 12.39 meters.

Mitchell participated in the shot put event, throwing a distance of 13.83 meters. She finished in third place.

The season ended on a positive note for many of the UC Riverside athletes. A few athletes will participate in the NCAA Regionals in Sacramento, May 23-25.