On May 16, ASUCR hosted a new study session program for all students called “Use Your Noodle.” The study session lasted from 6:30 p.m. to 10:00 p.m. in HUB 367. The program gave out free ramen noodles and provided a space to study for students. The program was developed and coordinated by CHASS Senators Chelsea Davenport and Avi Idea. According to Idea, the program is intended to decrease food insecurity and provide students with an area to study. “We wanted to target food insecurity because UCR has the highest rate of food insecure students in the UC system,” continued Idea.

The session had seats and tables for students to do their work and pick foods to add to their ramen such as chicken breasts, tofu, green onion, zucchini and frozen vegetables. “Ramen has a stigma where it’s the college food that’s cheap and unhealthy and we wanted to change that a little. So we have healthy options,” said Idea. Hip-hop and jazz music played in the background of the session, of which over 50 students were in attendance. Idea stated, “Sometimes students don’t have a great place to study … We wanted to provide a space where they could kick back, relax and study in a nice place.” The students that came were eating, working and socializing with others during the study session.

Idea and Davenport both thought the program was a success. Idea stated, “I think it’s pretty great. I think it’s been a great success for being its first time.” Davenport agreed, saying “I’m amazed at how well it went. I am thrilled that that many people came and that we were able to feed everybody.” CHASS Senator-Elect Preeti Juturu, who volunteered at the event, commented, “I think it went better than anticipated.” Idea concluded that these study and free ramen sessions would occur every Thursday from 6:30 p.m. to 10:00 p.m. until the end of finals “so we have opportunities to improve.” 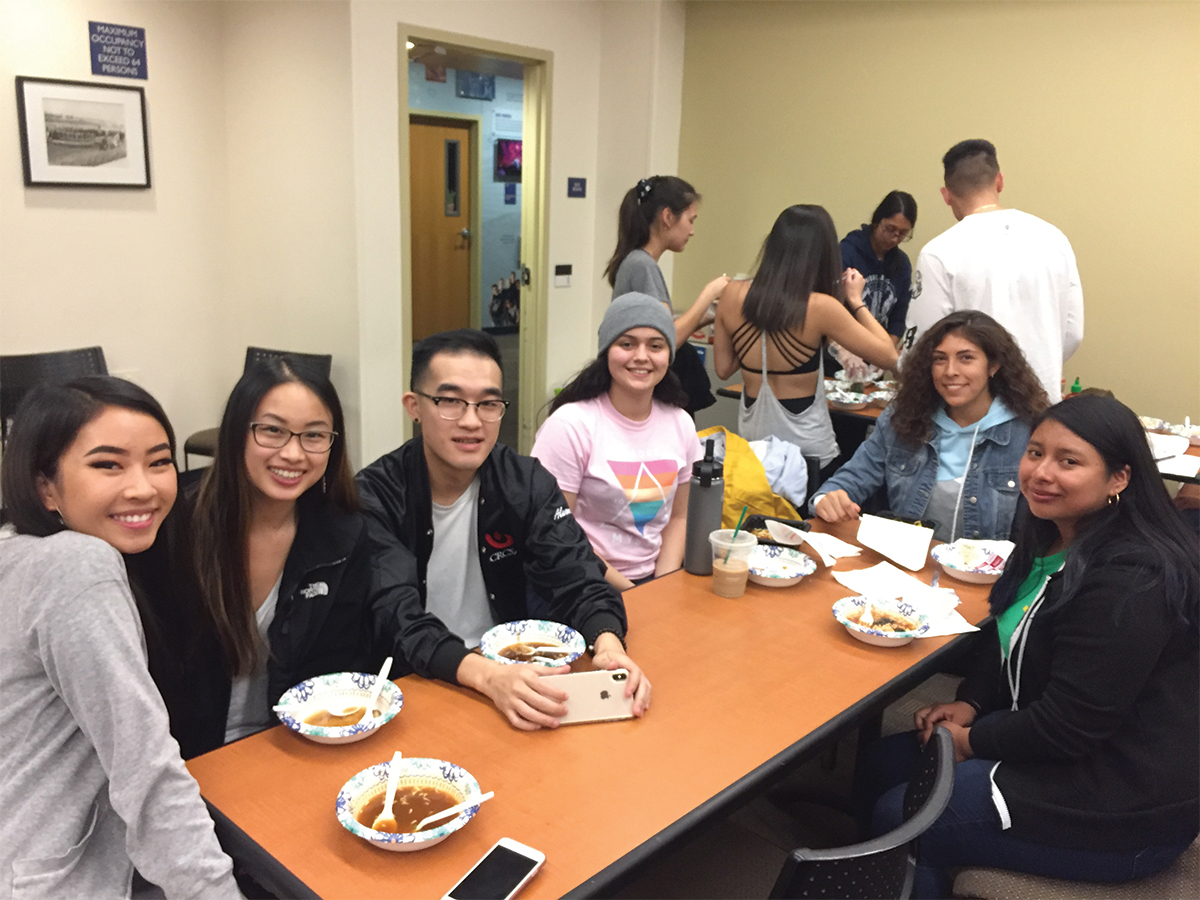