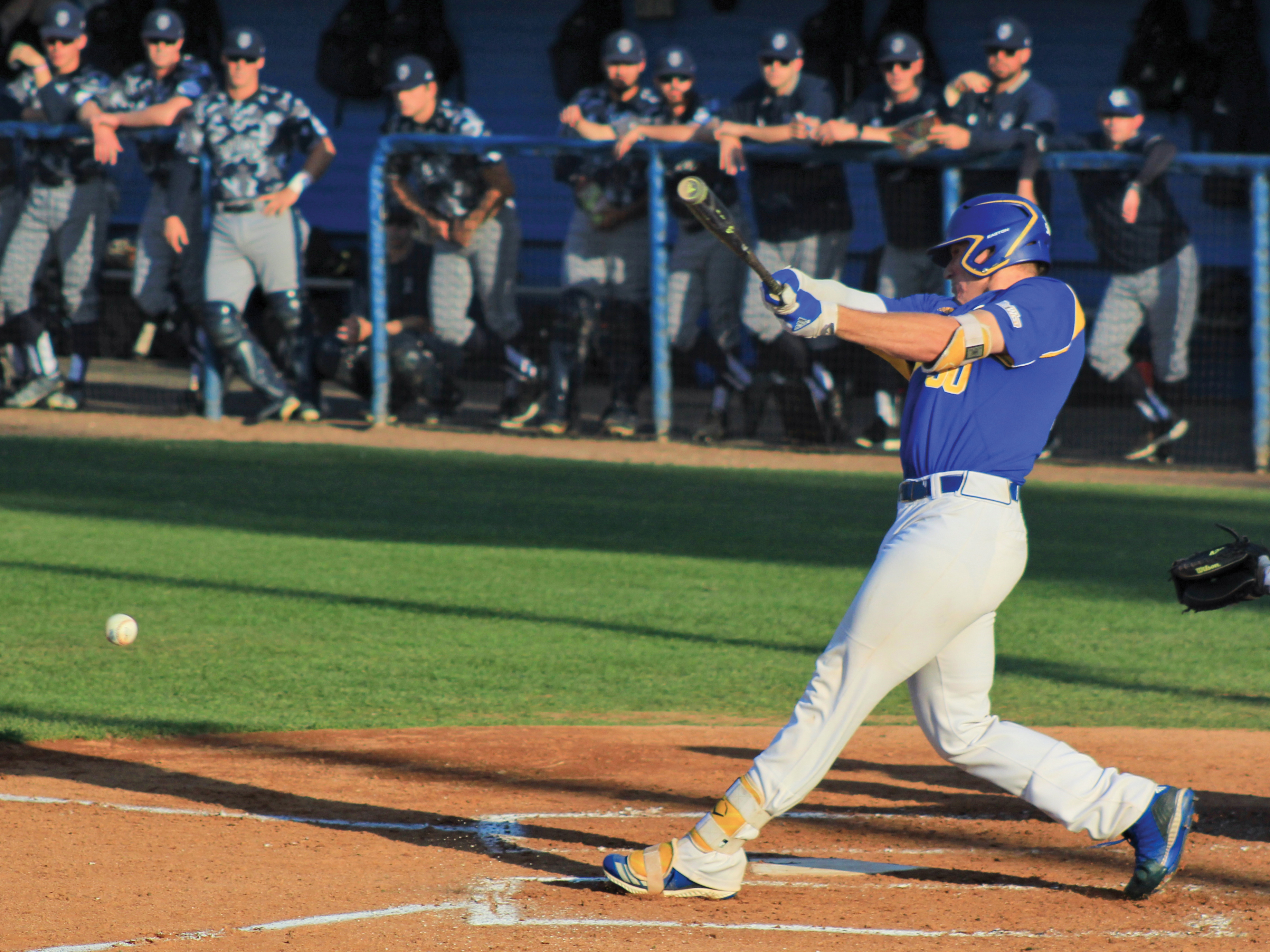 It was another difficult start for UCR, as they allowed the opponent to score first in the top of the first inning. Highlander freshman starting pitcher Alec Arnone gave up a single to junior third baseman Spencer Steer, which drove in freshman shortstop Sam Novitske to give Oregon a 1-0 lead.

However, the Highlanders quickly responded in the bottom half of the inning, taking advantage of some poor Duck’s defense. An error by Novitske brought home senior outfielder Yeager Taylor to tie the game at 1-1.

UCR’s pitching, which has put them behind in several games in recent weeks, held steady for most of the day, keeping the Oregon bats at bay.

The Highlanders took a 2-1 lead in the bottom of the fifth inning, when sophomore left fielder Cole Pofek homered to right field to give the Highlanders the lead 2-1.

In the bottom of the eighth inning, senior right fielder Dean Miller brought home sophomore third baseman Nathan Webb to give the Highlanders an insurance run and 3-1 lead.

That run proved important as the Ducks put the tying run on base in the top of the ninth inning. However, freshman reliever Andre Granillo buckled down and struck out sophomore designated hitter Evan Williams to end the game, and the Highlanders earned just their third win in 11 games.

For UCR, senior reliever Jared Noonan earned the win in relief to improve to 3-2 on the season. Miller finished two-for-four with an RBI and a run scored.

For Oregon, sophomore Hunter Breault took his first loss of the season in relief, allowing Pofek’s go-ahead home run during his two innings of work. Novitske finished three-for-four with a run scored.

After an uplifting victory, the Highlanders began their senior weekend with their final series of the season against second-place UC Irvine (34-16,15-6).

The Anteaters entered the series on a four-game winning streak, which included a three-game sweep of the UC Davis Aggies and a victory against the USC Trojans.

Game one quickly got out of hand early, and the Highlanders fell 11-4 on Thursday, May 23.

Starting pitcher Shamus Lyons was knocked around in the top of the first inning, allowing seven earned runs on eight hits, all while recording just two outs. Irvine sophomore outfielder Jake Palmer led off the inning with a walk, and capped off the Anteater’s rally with an RBI single that deflected off Lyons’ foot during his second plate appearance.

The Anteaters quickly went on another run in the top of the second inning as well. This time, they scored four runs off reliever Trevor Bateson. Palmer once again burned UCR’s pitching with a two-run single to cap off the scoring for the inning.

As horrendous as the first two innings were, the Highlanders managed to shut out UCI for the rest of the game.

UCR soon broke up the shutout with Arnone’s RBI groundout in the bottom of the fifth inning. They would score two more in the sixth and one more in the ninth, but it was not enough as the Highlanders dropped the series opener.

Lyons took the loss for the Highlanders and fell to 3-7 on the season. Sophomore left fielder Dylan Orick finished the game two-for-four with a run scored.

For the Anteaters, junior starting pitcher Andre Pallante earned his 10th win of the season after allowing only three runs, two earned, on six hits through six innings. Pallante also struck out six during his six innings on the mound. Palmer finished three-for-five with three RBI and a run scored.

UCR looked to bounce back in the second game of the series on Friday, May 24.

They did so in solid fashion, ending the Anteaters’ win streak with a 3-1 home victory.

Junior designated hitter Connor Cannon continued his hot streak in the bottom of the fourth inning, and doubled home Miller to give the Highlanders a 1-0 lead.

UCI had several scoring chances early in the game, but did not bring a run home until the top of the eighth inning, when sophomore right fielder Mike Peabody’s RBI fielder’s choice tied the game.

The Highlanders quickly responded in the bottom of the eighth inning when Orick drove freshman second baseman Damien Sanchez home to give Riverside a 2-1 lead. UCR then took advantage of some shaky Anteater defense when Orick scored on a fielding error at first base that gave UCR a critical 3-1 lead.

After walking Palmer to bring the tying run to the plate, Granillo buckled down and recorded the final two outs to preserve the close victory.

For UCR, Granillo earned his first NCAA win, striking out three in 1.2 innings of work. Cannon finished the game two-for-four with an RBI.

The Highlanders wrapped up their season on Saturday, May 25, looking for a series win.

However, just a day after quelling the Anteaters’ bats, the Highlanders were blown out 22-7 at home.

The Anteaters got their bats rolling early and often, as they scored in every inning except the sixth.

Senior outfielder Matt Hardy got the Highlanders on the board with a solo home run in the bottom of the fourth inning, but by then, the game was out of reach.

In the bottom of the ninth, UCI redshirt junior reliever John Vergara induced a foul out off the bat of UCR redshirt junior pinch hitter Houston Naucler, and the Anteaters finished off yet another blowout victory.

UCR finishes the regular season with a 20-36, 8-16 record. Connor Cannon also set a new program record with 18 home runs in a single season. The Highlanders will be saying farewell to seniors Jared Noonan, Dean Miller, Yeager Taylor and Justin Mannens as they will leave the program due to graduation.